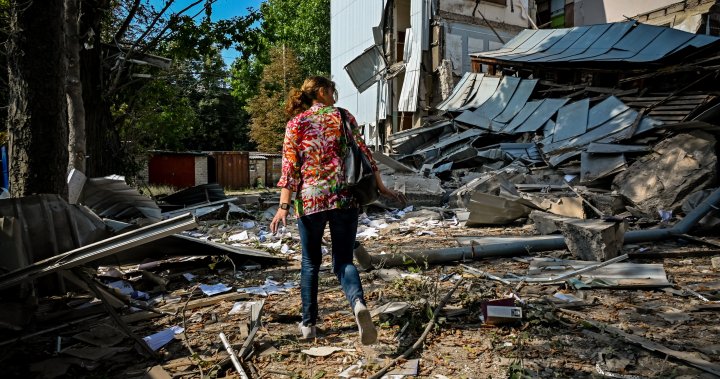 The Canadian government is laying fresh sanctions on 62 more Russian elites accused of backing the regime of President Vladimir Putin and his unprovoked invasion of Ukraine.

In addition, the government is also sanctioning Avtomatika, a Russian defence firm that makes drones and electronic voting machines, and which is a unit of the Russian state-owned parent company behind the Kalashnikov rifle.

According to the government, the people added to the sanctions list on Tuesday are “high-ranking Russian government officials, including Russian federal governors and regional heads, their family members, and senior officials of currently sanctioned defence sector entities.”

The latest round of sanctions brings the total laid since the Russian invasion began in February to more than 1,300 people and entities from Russia, Ukraine and Belarus.

Prime Minister Justin Trudeau announced the additional sanctions after participating in a virtual summit for heads of government opposing the Russian annexation of Crimea and pledging continued support for Ukraine in its fight against Putin’s invasion.

The invasion is now approaching the six-month mark and concerns are growing that Russia is preparing to launch a renewed attack on both civilian and government sites in Ukraine.

The United States earlier in the day urged all citizens to get out of Ukraine over safety concerns.

“The Department of State has information that Russia is stepping up efforts to launch strikes against Ukraine’s civilian infrastructure and government facilities in the coming days,” the embassy said in a statement.

Russian forces are also continuing their assaults around the area of the Zaporizhzhia nuclear power plant, which is Europe’s largest.

The artillery and air strikes around the site have stoked renewed fears over recent weeks.

France’s foreign ministry said on Tuesday that it has an agreement in principle with Russia to send an expert mission from the International Atomic Energy Agency to the nuclear power plant.

— with files from Reuters.