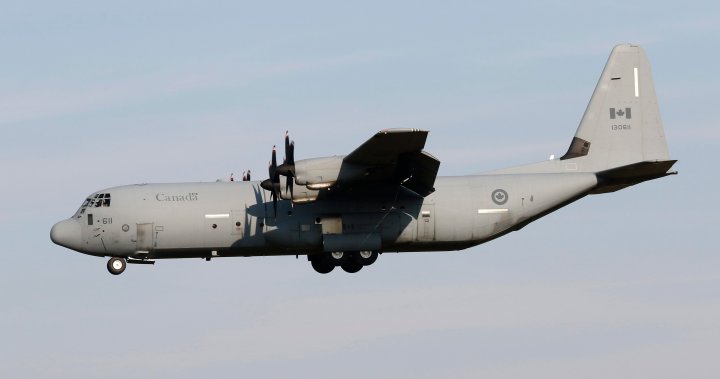 Canadian military airlift teams are relocating to the United Kingdom from where they have been based during recent years in the Middle East to better support efforts to get vital supplies to Ukraine.

A spokesperson for the Department of National Defence on Thursday confirmed a report first published by CBC News that two CC-130J transport aircraft and their support crews have relocated from Kuwait to an airbase in Scotland.

The aircraft had been in Kuwait since 2017 as part of the Canadian contribution to Operation Impact, which was the military and humanitarian mission to defeat the Islamic State and currently focuses on supporting Iraq, Jordan and Lebanon in building out their military capabilities.

Now, the two transport planes and their crews will be based out of Glasgow Prestwick Airport.

Canadian Forces will train Ukrainian soldiers in the U.K. on countering Russia

Daniel Le Bouthillier, spokesperson for the department, said the decision to move the aircraft comes in response to a “surge in airlift demands” and that they will be working to support Operation Reassurance operations, “including military aid flights in support of Ukraine and Canadian missions in Europe.”

Airlift support for the Middle East will continue, but will be more “episodic,” he added.

1:52
Edmonton-based soldiers depart for mission to train soldiers in Ukraine

The relocation of the aircraft also comes amid a move announced on Aug. 4 to have Canadian Forces members train Ukrainian military recruits in the U.K. to boost their fight against the Russian invasion.

When she announced the move this month, Defence Minister Anita Anand billed the restart of training, albeit in the U.K., as a fulfillment of Canada’s promise to restart the Operation Unifier training mission.

Up to 225 Canadian military members will be part of that mission over the next four months.

Anand said the world is now entering “a new and very dangerous phase of this conflict” as Russian President Vladimir Putin attempts to cause “long-term damage” on Ukraine.