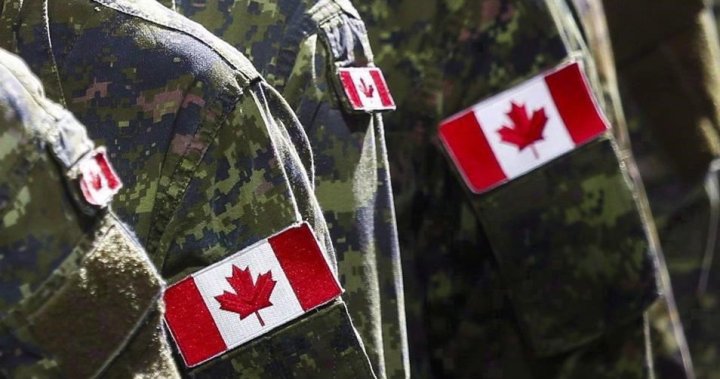 The Canadian Armed Forces announced Sunday it’s in the process of temporarily relocating members of its Joint Task Force – Ukraine (JTF-U) to elsewhere in Europe amid warnings from the West that an invasion by Russia is imminent.

According to the Office of the Minister of National Defence, the temporary relocation of the force “does not signal the end of the mission,” but would ensure the safety and security of the Canadian Armed Forces members.

“While we can confirm we have relocated some of our forces outside of Ukraine, we will not discuss numbers, locations, or future intentions,” the office said in a statement.

The security of our @CanadianForces is our top priority.

Due to the rapidly evolving and complex operational environment linked to Russia’s unwarranted aggression in Eastern Europe, we are temporarily relocating components of Joint Task Force – Ukraine to elsewhere in Europe.

The announcement that troops were moved out of Ukraine comes one day after Canada shuttered its embassy in the Ukrainian capital of Kyiv and relocated its diplomatic staff to a temporary office in Lviv in the western part of the country.

Lviv is home to a Ukrainian military base that served as the main hub for Canada’s 200-soldier training mission in the former Soviet country.

A summary of Trudeau’s conversation with Zelenskyy provided by the Prime Minister’s Office indicated the Canadian leader had once again committed to imposing economic sanctions on Russia in response to an invasion of Ukraine.

On the phone today, @OlafScholz and I spoke about Russia’s aggressive actions in and around Ukraine. We both stressed the importance of a diplomatic resolution to the current tensions – and we’ll keep working towards that with each other, and with our allies and partners.

In an hourlong call Saturday with Russian President Vladimir Putin, President Joe Biden said an invasion of Ukraine would cause “widespread human suffering” and that the West was committed to diplomacy to end the crisis but “equally prepared for other scenarios,” the White House said. It offered no suggestion that the call diminished the threat of an imminent war in Europe.

Biden spoke for about 50 minutes Sunday with Zelenskyy and renewed promises of what the West says will be tough economic sanctions against Moscow and a NATO buildup in the event of “any further Russian aggression” against Ukraine, the White House said. They agreed to pursue both deterrence and diplomacy in the crisis, it added.

The U.S. updated its estimate for how many Russian forces were now staged near Ukraine’s borders to more than 130,000, up from the 100,000 the U.S. has cited publicly in previous weeks. A U.S. official gave the estimate, speaking to the Associated Press on condition of anonymity to discuss the administration’s conclusion.

On Friday, Biden’s national security adviser, Jake Sullivan, warned that U.S. intelligence shows a Russian invasion could begin within days, however, the Ukrainian president has played down invasion concerns, urging the country to remain calm.

Russia denies it intends to invade Ukraine but has massed well over 100,000 troops near its border and has sent troops to exercises in neighboring Belarus. U.S. officials say Russia’s buildup of firepower has reached the point where it could invade on short notice.

— with files from the Associated Press and The Canadian Press