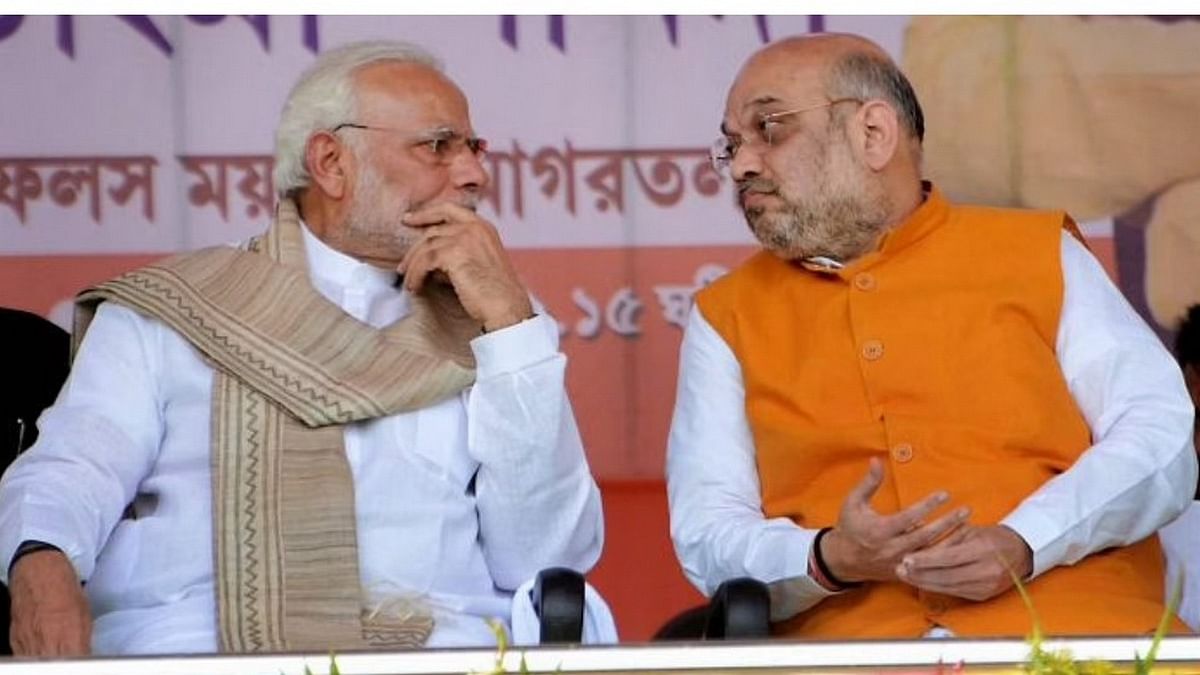 New Delhi: Miffed with Union ministers of the Bharatiya Janata Party (BJP) who failed to submit reports on the constituencies assigned to them, Home Minister Amit Shah sent out a terse message Tuesday, saying Prime Minister Narendra Modi’s appeal to people can help win elections, but if the organisational strength is found lacking, the BJP may not be able to fully capitalise on this appeal, ThePrint has learnt.

Shah conveyed this during a brainstorming session of party leaders, which he was leading along with BJP president J.P. Nadda. The meeting came in the backdrop of Bihar chief minister Nitish Kumar’s efforts to forge opposition unity for the 2024 Lok Sabha elections.

In May, following a meeting between PM Modi and his council of ministers, a decision was taken to identify constituencies where the BJP needs to strengthen its hold. These were then divided into clusters, and a minister was put in charge of each cluster.

Seventy senior party leaders and Union ministers, including Smriti Irani, Dharmendra Pradhan, Piyush Goyal, Bhupendra Yadav, Anurag Thakur, Narendra Singh Tomar, Jitendra Singh and S. Jaishankar, were put in charge of 144 constituencies — most of which were ones where the BJP had lost in the 2019 Lok Sabha election.

The Union ministers were tasked with spending at least 48 hours to three days every month in each constituency and through their pravas (travels) prepare reports on what the party can do to win in these seats in the 2024 parliamentary elections.

While the ministers were expected to finish their travels and submit their reports by 31 August, only 32 have managed to do so, say party sources, adding that the ministers have now been given time till September to complete the exercise.

Ashwini Vaishnaw, Union minister for railways, communications and electronics & information technology, who was given charge of the constituencies of Bijnor, Nagina and Saharanpur in Uttar Pradesh — where Muslims comprise over 40 per cent of the population, according to the 2011 Census — told ThePrint, “Despite being tough seats, we [the party] have discussed the right strategy to win over these seats.”

“We have to reach out to more sections of the population who are beneficiaries of the ‘double engine government’ (a reference to the BJP governments at the Centre and in UP) to ensure winnability on these seats.”

Vaishnaw was among the ministers who turned in their reports on time.

Another Union minister to have completed the assignment is Arjun Munda, who holds the tribal affairs portfolio. He had been put in charge of the Kendujhar, Bhadrak and Jajpur constituencies in Odisha. All these are seats reserved for scheduled caste (SC) candidates and held by the Biju Janata Dal (BJD).

“These seats were lost by narrow margins and can be won by amplifying our party strengths here,” said Munda. “We can strengthen our booths and reach out to beneficiary voters. My experience was very encouraging. People have expectations from the prime minister.”

According to a senior BJP leader, Union minister Amit Shah is directly supervising the exercise which has been going on for the past three months.

The second round of pravas is scheduled to begin in October and is likely to continue till January.

The BJP is also focussing on 74,000 party booths, and have tasked MLAs and MPs with strengthening 25 and 100 booths each, respectively.

Tuesday’s review meeting came after the first phase of pravas and the reports — which detailed the profile of their clusters, their caste compositions, status of strengthening exercise for weak booths — were discussed, along with an overall strategy to win the constituencies.

Sources in the party said Shah and Nadda questioned why the ministers who had not submitted their reports had failed to visit their respective constituencies and asked them to not take party work lightly.

“They (ministers) are the known faces and people relate to them, so it is important that they take the lead in reaching out to the voters and inform them of the work being done by the Modi government. This will only help in expanding the party further,” added a second party leader.

During the meeting, sources said, targets were set to make extensive plans for each Lok Sabha constituency on the basis of SWOT (strengths, weaknesses, opportunities, and threats) analysis — to identify administrative issues and get them resolved; to connect with voters and meet beneficiaries of government schemes; to identify new voters; those who are specially-abled, migrants and women; and to get involved in community work like cleaning lakes, planting saplings or blood donation camps.

Each minister was told to spend two to three days a month in the constituency for which activities had been identified. They were directed to meet core group committee members, mandal presidents, booth presidents and influencers in the constituency, as well as visit religious places, like prominent temples and gurudwaras, to create a buzz.

Both Nadda and Shah conveyed to the ministers that along with fulfilling their ministerial responsibilities, the party’s organisational work should be done simultaneously.

“The message to the ministers was quite clear, that organisational work should be their priority, too, and without strengthening the organisation, the party will not be able to repeat its success. There is no party without the backbone of a strong organisation. They have to learn to balance organisational work and their responsibilities as ministers,” said the second leader.

While seven Union ministers — Smriti Irani, Dharmendra Pradhan, Ajay Bhatt, Jyotiraditya Scindia, R.K. Singh, Jitendra Singh and Rameswar Teli — have been deployed in constituencies across West Bengal, the BJP has also identified 14 Lok Sabha constituencies in UP (where the party is in power at the state government), which are held by opposition parties and where it must win in 2024.

The BJP has been working to ramp up its booth-level presence by reaching out to beneficiaries of centrally-sponsored schemes. While most of the 144 seats include those the party lost in 2019, a few are those the party had won but feels may prove difficult in 2024 due to demographic and regional factors.

During their visits, the ministers were expected to see how the central schemes were being implemented, take feedback from the local units and figure out the challenges, if any, being faced in the implementation process.

According to a third senior BJP leader, a number of state units have been emphasising on the fact that the federal government has been creating hurdles in the implementation of central schemes in states where the BJP is not in power.