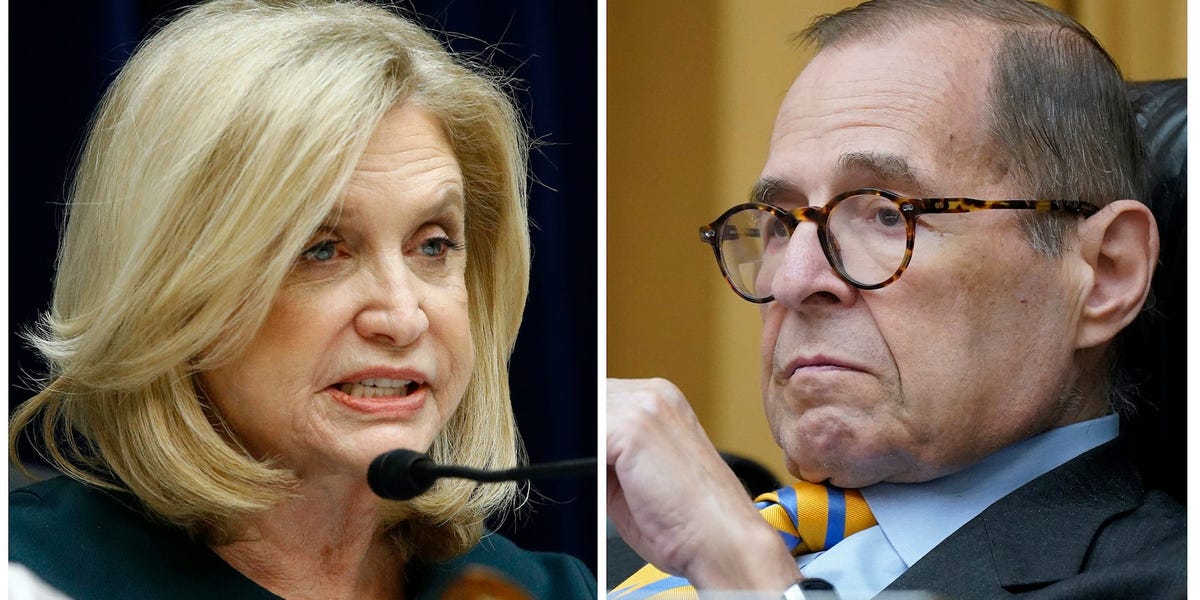 Two Democratic heavyweights are duking it out in Upper Manhattan — and only one will be able to serve another term in the House.

The two are not only fixtures of New York politics, but leaders in the halls of Congress: Nadler chairs the powerful House Judiciary Committee, which spearheaded both the impeachments of President Donald Trump, while Maloney chairs the House Oversight and Government Reform Committee, which has also led high-profile investigations into the Trump administration.

For decades, Maloney represented Manhattan’s Upper East Side and parts of Queens while Nadler’s turf took up most of Manhattan’s West Side. But the once-in-a-decade redrawing of New York’s political lines following the 2020 Census unified the once-separate West and East sides into one seat.

Entrepreneur and third-time congressional candidate Suraj Patel, who previously challenged Maloney in 2018 and 2020, is now running against both Nadler and Maloney to represent the 12th District.

Patel, who earned the vote of ex-Mayor Mike Bloomberg, is pitching his campaign as a much-needed change in leadership for Upper Manhattan, describing the case against the two incumbents as “sheer effectiveness and lack of a plan for the future.”

Both Nadler and Maloney opted to run in the 12th District, setting up an epic clash of the titans that’s turned the longtime friends into adversaries. The race between the two has turned increasingly contentious and personal in the final weeks of the campaign, with both candidates taking shots at each other’s records and even their mental faculties.

Maloney has suggested that if elected, Nadler wouldn’t serve out the rest of his term due to health problems and would instead have the Manhattan political machine appoint his successor — an allegation that Nadler’s team has vehemently disputed.

Nadler’s co-campaign manager told NY-1 that he intends to serve out a full term, and “any suggestion otherwise is as baseless as it is dishonest, and reveals only the desperation other campaigns are feeling.”

And in the wake of the Supreme Court overturning Roe v. Wade, Maloney has also portrayed herself as a better champion of women’s rights than Nadler, who she says is emblematic of an “old boys club.”

“There is an old boys’ network that sticks together and they do not let women in,” Maloney recently told NY-1. “I was friends with a lot of males that I worked with on the West Side and now they won’t even talk with me. They’re all with Jerry, just like glue.”