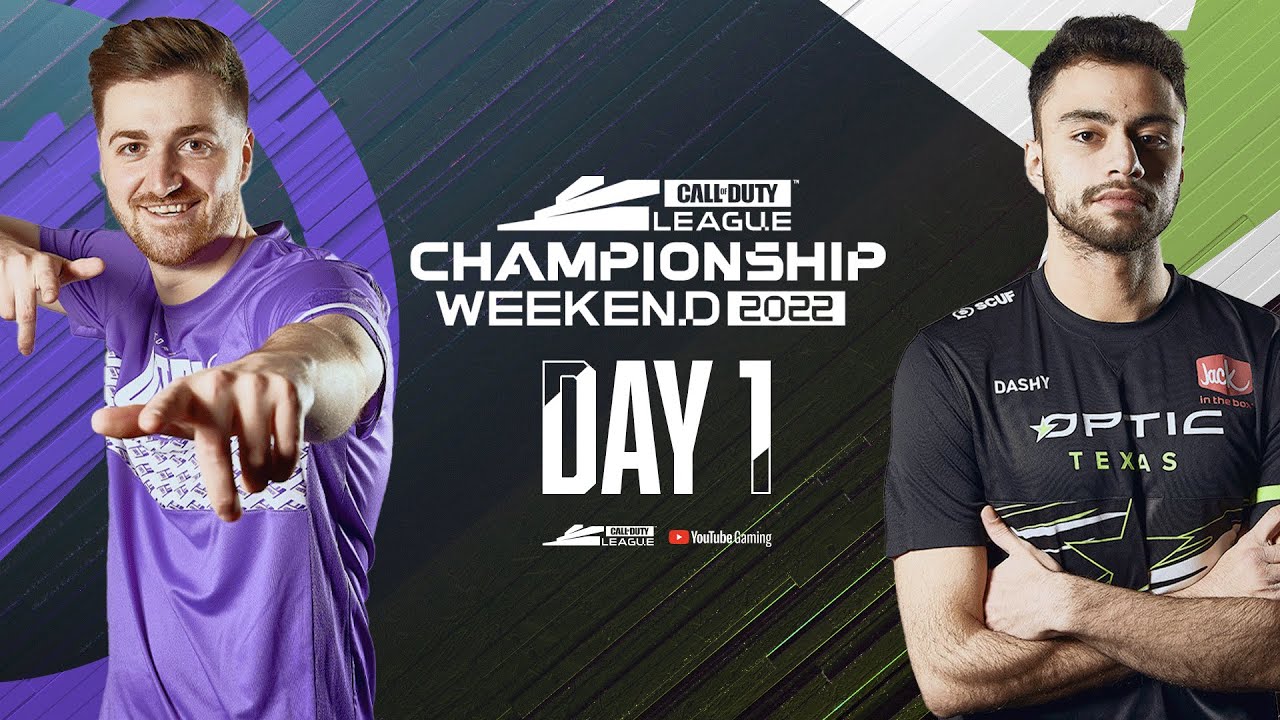 Here’s a recap, alongside some exclusive comments from the players on day one of CDL Championship Weekend.

The Call of Duty League returns for one final event this year as we head to Los Angeles for CDL Champs. With the top eight teams from the overall season attending Champs, we’ll get the best of the best here as they compete for a prize pool of over $2.5 million.

Seattle Surge came into Champs following a disappointing Major 4. With Pred and Sib both announced as All-Star players ahead of this match, they let everyone know that spot was deserved in map one. Pred put up a 34/15 map, while Sib went 27/20. Pred began the map with full streaks as he found himself 10/2 after the first two hills, while Sib then went on to earn streaks of his own later on. Surge closed out the map 250-148 and took a 1-0 lead in the series.

The London Royal Ravens fought their way back into the series through what they know best, a Desert Siege Search and Destroy. Afro was incredible in this map as he went 7/4 following a perfectly timed two piece to begin the string of five rounds in a row. London took a 6-1 victory and tied the series 1-1.  London took a 2-1 lead in the series following a 3-0 Berlin Control victory, something that has been extremely rare for the Ravens in recent matches. Afro was yet again a dominant force in this map, putting up 24 kills alongside a 1.60 K/D.

Map four came down to the wire, with Seattle Surge eventually closing it out 250-247. In the post match press conference, Sib told ESTNN that the Royal Ravens were “for sure, 100% mindblown they lost that, and that helped us in map five.” It did exactly that, as Seattle Surge went on to take a 6-3 victory in map five, winning the series 3-2 and instantly improving on their Major 4 performance.

Boston Breach come into CDL Champs as possibly the biggest underdog in the event. With a generally positive year, Breach have looked good, but not great. They’ve struggled to get to a level where they look like championship contenders, but they came out hot in map one. This Tuscan Hardpoint saw Breach take a 1-0 series lead through a 250-181 win. Boston looked like early year London Royal Ravens as they broke every single hill with ease, earning streaks and eventually closing out the map.

LA Thieves tied the series with a 6-4 Desert Siege Search and Destroy, with their two Search and Destroy specialists performing in this map. Octane and Drazah led the lobby, with Drazah topping it with his 2.40 K/D in map two. Octane was hitting the snipes while the rest of the team cleaned up, leading to a tied series as we moved on to Berlin Control. Here, Boston Breach clutched up immensely. LA Thieves had the lead throughout the map, going 2-1 up and looking set to close out the map. However, Boston Breach didn’t let that happen as Vivid went huge, picking up a massive sequence of kills to tie the Control 2-2. Boston went on to close out the map and take a 2-1 series lead.

The Thieves came back with a 250-166 Berlin Hardpoint, before an incredible game five round 11 saw LA Thieves come out victorious and advance in the winners bracket. With an hour long technical delay ahead of this match, you may be wondering what do CDL pros do to keep warm during this time? “We spent a lot of time talking to the Boston guys actually”, Drazah told ESTNN, “everything comes down to instinct, so you don’t really need to go over things again as you know what you’re doing.”

We saw Bocage for the first time at the 2022 CDL Champs in the first map of this series. A surprising choice given both teams have struggled on it this year. However, OpTic prevailed in this Bocage, with Scump showing up with 37 kills and a 1.37 K/D as OpTic took a 1-0 lead in the series. Map two also went the way of OpTic as they continued their Bocage win streak. This 6-3 victory saw OpTic take a 2-0 series lead, looking ever closer to closing out the series in a quick 3-0.

However, as always, Toronto Ultra hit back. Gavutu Control went the distance for both teams and it came down to the wire, but it was the European roster of Toronto Ultra that clutched up and extended the series. CleanX was a major issue for OpTic in this map as he executed multiple flanks, allowing him to surprise OpTic from different angles. Map four provided even more excellent Call of Duty, with Toronto Ultra forcing a game five here. This Tuscan Hardpoint had the usual P5 to P1 ending, with Ultra perfectly rotating to close out a 250-225 victory and send us to the third game five of the day.

OpTic Texas closed out the series with a 6-5 Berlin Search and Destroy victory to advance at Champs. When asked about Scumps map one performance, Shotzzy told ESTNN, “It makes the game easier when one of your teammates is frying”, while Dashy finished it off with “Shoutout Seth bro.”

The New York Subliners have looked excellent coming into Champs, and they could be hitting the ground running just at the right time. Gavutu Hardpoint came close, but NYSL closed out the map 250-243 and took a 1-0 series lead. NYSL then went 2-0 up, before Atlanta FaZe fought back to close out the series in a reverse sweep.

In their post match interview, Arcitys said that FaZe “lost confidence” in the first two maps of the series, but then realised “we’re Atlanta FaZe, we’re the best team in the game.”