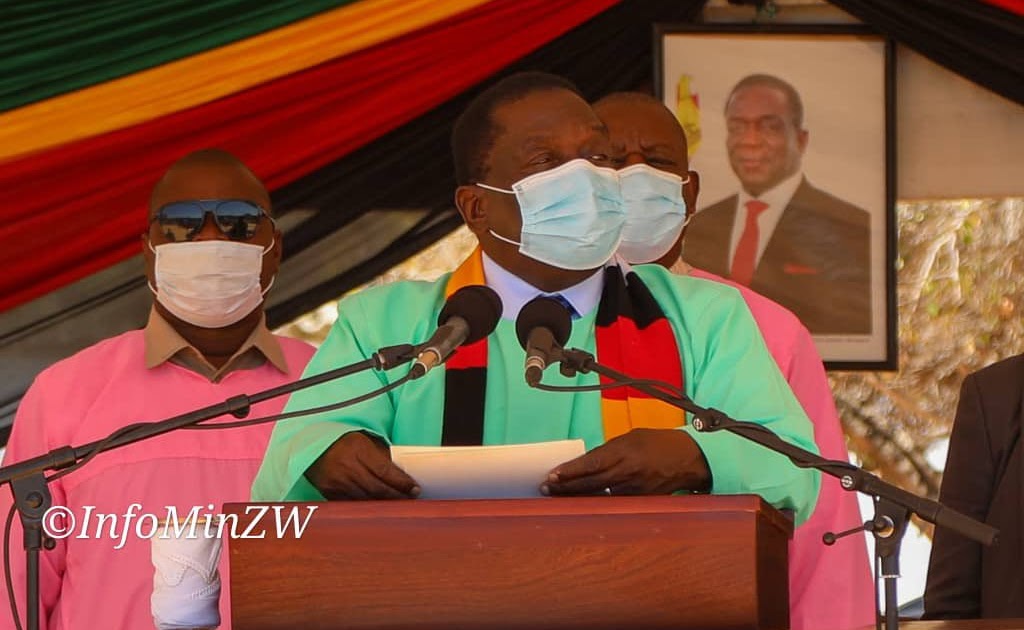 “When a mother gives birth to a mentally-challenged child,
she does not starve him to death. They will continue to give him food. We also
have a mad man in our midst who thinks that Zimbabwe will be developed by the
British or Americans.

“We cannot stop him, but he will continue to bark without
ruling,” Mnangagwa said in apparent reference to Chamisa’s previous utterances
that if elected into power, investors would flock into the country.

Zanu PF has in the past accused the opposition of being
puppets of the West.

Mnangagwa, who has been endorsed as Zanu PF’s presidential
candidate, has been on a whirlwind tour, meeting churches in what analysts
believe was part of a wider campaign strategy.

The Zanu PF leader, who won the disputed 2018 polls with a
slight margin, is expected to square off with Chamisa, the CCC presidential
candidate, in the presidential race expected next year.

Yesterday, the country’s leader, however, said his visits
to churches were in preparation for “life after death”.

“People think that I am doing this for votes, but I know
that as a President, you can only rule on earth. Our earthly kingdom has a
lifespan, so I am doing this so that I will have a place in heaven,” he said.

While Mnangagwa and Zanu PF members have been freely
conducting their rallies, opposition meetings have been disrupted by police and
suspected Zanu PF supporters.

“We are saying a country is built by its own people. I have
noticed here that you have built a clinic and a school, if you had waited for
the British to help you, you were going to wait forever,” Mnangagwa added as he
was feted with praises and likened to a “chocolate” through a song composed for
him.

The Zanu PF leader also instructed Home Affairs minister
Kazembe Kazembe to facilitate the issuance of identity documents for free in
Mashonaland Central province in preparation for the elections.

“I have instructed Kazembe to give birth certificates and IDs
for free because we don’t want a situation whereby people say that they love
Zanu PF, but are not registered voters. We want people to vote resoundingly for
the ruling party,” he said.

“If you vote against Zanu PF, you are going against God.
This is the party sent by God to liberate the people of Zimbabwe.”

The leader of Vadzidzi VaJesu, Ishmael Magodi, shockingly
revealed that as one of their commandments, congregants were forced to pledge
support for the ruling Zanu PF party before joining the church.

“One of our 10 commandments is that you have to support
Zanu PF to be our member. We are promising to give you one million votes,”
Magodi said, adding that the late Aaron Mhukuta, popularly known as Mudzidzi
Wimbo, told him that Mnangagwa would complete his two terms as President.

Zanu PF has always drawn support from apostolic sects, and
it is common especially towards the elections to see the party leadership
attending their gatherings to campaign for the party. Newsday

The President addresses the congregation. pic.twitter.com/rMMmJzfFke