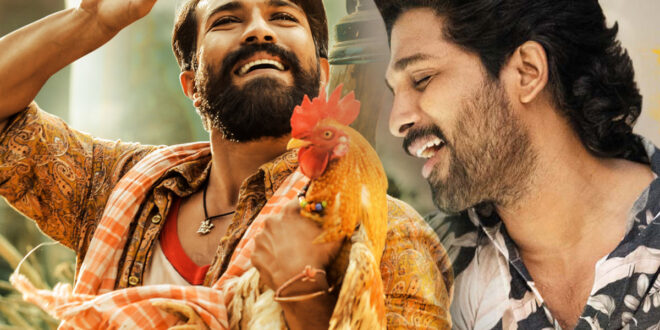 As we reported earlier, the humongous success of Pushpa made producer Manish Shah of Goldmines Telefilms announce that he will be releasing Allu Arjun’s 2020’s blockbuster, Ala Vaikunthapurramuloo in Hindi on January 26 in cinema halls across the country. Furthermore, the producer has also decided to bring in three more South movies in the coming weeks with an aim to revive the feeble state of cinema owners in the Hindi belts.

It is reported that, apart from AVPL, Manish Shah and his team are also releasing Ram Charan’s Rangasthalam in cinema halls in the month of February. After Pushpa, Sukumar’s one more hit Rangasthalam might soon entertain the Hindi speaking audience. Charan is also a well-known personality in the North and the latest credit goes to the RRR promotional campaign.

And to much surprise, Manish Shah also reportedly held back on satellite and the digital premiere of two Tamil films, Mersal and Viswasam. With a handful of South blockbusters, it looks like the producer is keen on kickstarting the dull season in the Hindi belts and tapping in the growth of the audience. Hopefully, Bunny and Charan’s movies will help the North cinemagoers to flock back to cinemas halls, in the world’s most prolific movie market.