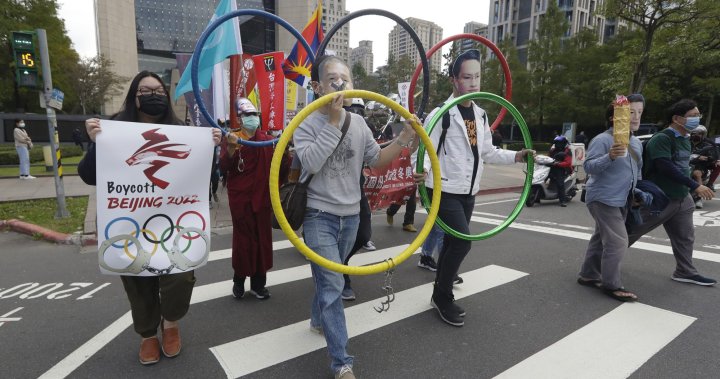 China would face “consequences” if it retaliates against athletes from countries who have joined a diplomatic boycott against the Beijing Olympics, Canada’s former ambassador to the country said Sunday.

But Guy Saint-Jacques added he is not concerned about the athletes’ safety due to the worldwide backlash he says China would face if it made such a move.

“I think there would be such a public, international outcry if they dare do anything to athletes from the countries that have officially boycotted” February’s Winter Games, he told Abigail Bimman on The West Block.

“That and there would be consequences for China, so I would not be too concerned about that.”

Why are countries boycotting the Beijing Olympics? Here’s what you need to know

Saint-Jacques, who served as Canada’s ambassador to China from 2012 to 2016, said he’s hopeful more countries join the diplomatic boycott, which would make it “more difficult for China to penalize.”

Canada on Wednesday joined the United States, the United Kingdom and Australia in the diplomatic boycott, which was launched by the U.S. on Monday over China’s human rights abuses.

Athletes will still be allowed to attend and compete in the Beijing Winter Games, but government officials will not attend.

4:35
What the diplomatic boycott of the Beijing Olympics means for Canada

What the diplomatic boycott of the Beijing Olympics means for Canada

Saint-Jacques said the boycott was the minimum Canada and other Western nations should have done to hold China accountable after Beijing secured the Olympics.

He said the Games should have been postponed for a year due to the COVID-19 pandemic, giving nations time to pressure China to agree to a United Nations investigation into alleged abuses against the Uyghurs in Xinjiang, which have been called a genocide by Canada and other countries.

“Of course, China would have refused to collaborate, and then Canada and the U.S. could have jointly offered to host the Games using existing facilities in Whistler, Vancouver and Seattle,” he said.

“But now, we are playing catch-up.”

China has called the boycott a “farce” and criticized the countries participating for politicizing sports.

Tensions between Canada and China have remained strained even after Huawei CFO Meng Wanzhou was released back to China in September — nearly three years after she was arrested and placed under house arrest in Canada to await extradition to the U.S. on fraud charges.

Two Canadians who had been detained in China shortly after Meng’s arrest, Michael Kovrig and Michael Spavor, were released back to Canada hours after Meng was freed. Yet over 100 Canadians remain jailed in China, four of whom are on death row, according to Global Affairs Canada.

Canada is also set to announce a decision on whether to include Huawei in the country’s 5G network. A ban on the Chinese telecommunications giant is expected to further deepen the dispute between the two countries.

Amidst all this — including increased pressure from the U.S. government for Canada to take a tougher stance against Beijing — Canada’s current ambassador to China Dominic Barton announced on Monday he will leave the post at year’s end.

Saint-Jacques, who now serves as a fellow at the China Institute at the University of Alberta, said he would like to see a career diplomat who has previously served in China step into the role, allowing that new ambassador to be more “forceful.”

“There will be difficult discussions with China,” he said.

“If you’ve listened to what the Chinese ambassador (to Canada) Cong Peiwu said earlier this week, they don’t admit any guilt … they just say that it’s for Canada to learn the lessons. So it will take a long time to rebuild confidence.”

He added that overall, Canada needs to be “a lot firmer” in its position to China, which would align the country more closely with its allies.

Instead, he says Ottawa may be missing the moment.

“What I’ve heard is that the policy on China will be flexible and maybe not very explicit,” he said. “And I’m a bit puzzled by this.

“We will have to work more closely with allies to develop a common strategy to oppose the, what I call the dark side of China and to prevent future hostage taking, and to stop the use by China of punitive trade measures to punish you if you don’t obey their orders. So there’s a lot of work that needs to be done on that.”