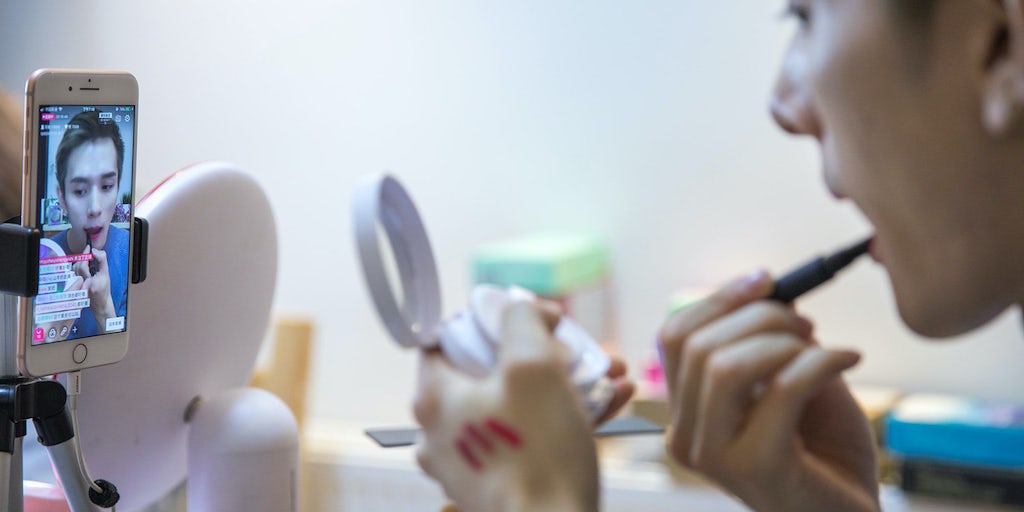 Li Jiaqi and fellow livestream superstar Viya have complained on Chinese social media that the beauty giant reneged on a deal to give them the best available discounts on its products. Getty Images.

The spat marks a rare public dispute for the retail industry in China, where companies have become increasingly reliant on popular culture personalities as a sales channel, marketing products in livestreams followed by millions of fans.

The two, Li Jiaqi and Viya, said on Wednesday in social media posts that the suspension of ties came after some followers complained, saying L’Oréal facial products they had promoted as carrying the biggest discounts of the year during Singles’ Day could be bought for less days later on L’Oréal’s own platform.

According to Chinese media, Li Jiaqi and Viya pre-sold a combined 18.9 billion yuan ($2.96 billion) worth of goods on Oct. 20 in pre-Singles’ Day promotions.

The two said they would offer compensation to followers, but that “several rounds of negotiations” with L’Oréal had not yielded a solution they considered satisfactory. They added they were giving L’Oréal 24 hours to come up with a plan.

In a statement, L’Oréal apologised to customers for a “too complicated promotion mechanism,” and noted the “suggestions” made by Li and Viya. It did not comment further on its relationship with the two personalities.

L’Oréal said some consumers were able to purchase its products at a lower price on its platform because they used multiple discounts offered by the store and e-commerce platforms.

The spat became one of the most viewed topics on China’s Twitter-like Weibo social media network on Thursday, with 450 million hits.

Livestreaming: How Brands Can Make It Work

Fashion and beauty companies are betting on livestreaming to engage their communities and generate sales revenue, but the channel remains elusive to many.