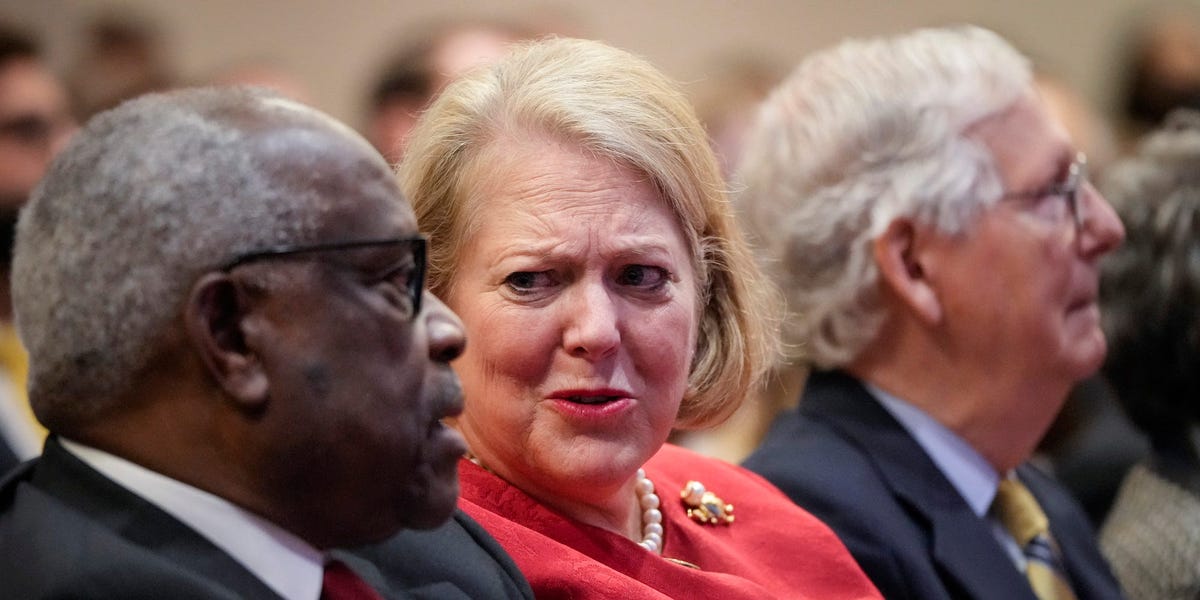 Supreme Court Justice Clarence Thomas’ wife co-hosted a banquet as part of a symposium that featured the founder of the Oath Keepers, the New Yorker reported.

Among her connections is Stewart Rhodes, who founded the extremist militia group in 2009. Prosecutors previously said the Oath Keepers planned out attacks on the Capitol and held trainings in the weeks before January 6, 2021.

Thomas, a conservative activist and attorney, co-hosted a Remember the Ladies Banquet at the 2010 Liberty XPO & Symposium, which has been described as the “largest conservative training event in history,” alongside Moms for America president Kimberly Fletcher.

The symposium also featured Rhodes, who earlier this month was arrested and charged with seditious conspiracy in connection to the Capitol riot. His arrest and charges marked the first time federal prosecutors brought sedition charges against anyone in the investigation into the Capitol siege. He has pleaded not guilty.

Rhodes is just one of many connections Thomas has to right-wing extremists and the January 6 insurrection, Mayer reported.

Fletcher, for instance, who co-hosted the banquet with Thomas, gave two speeches the day before the riot in which she spread the false claim that the 2020 election had been stolen from former President Donald Trump.

The New Yorker report on Thomas’ connections to right-wing groups and those involved in the Capitol riot comes on the heels of the Supreme Court denying Trump’s request to block the January 6 house select committee from obtaining presidential records for their investigation.

Thomas’ husband, Justice Clarence Thomas, issued the lone dissenting vote. According to the New Yorker, Thomas is also involved with parties whose cases are presented before her husband in the Supreme Court.

Bruce Green, a professor at Fordham specializing in legal ethics, told Mayer that the appearance of Thomas’s political activism has an impact on the perception of justice and is “awful.”

“They look like a mom-and-pop political-hack group, where she does the political stuff and he does the judging,” Green said.

Insider has reached out to Thomas, the Supreme Court, Fletcher, and an attorney for Rhodes for comment.