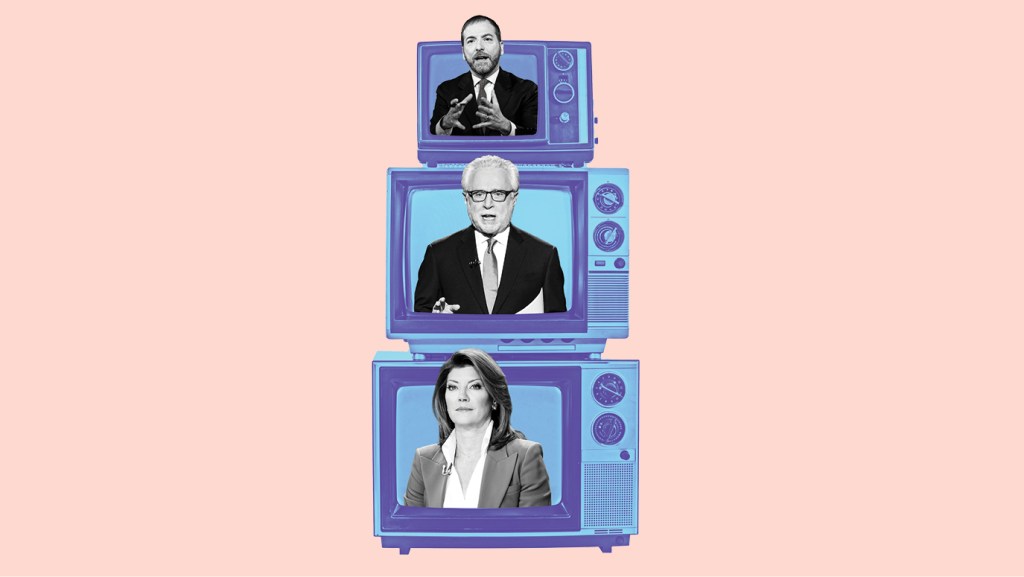 A TV viewer in the early 1990s looking for the latest news would likely turn on CNN, where Wolf Blitzer delivered up-to-the-minute reporting from the Middle East and Washington D.C. If it was Sunday, perhaps they would turn the dial to NBC and watch Meet the Press.

As daytime turned into primetime, they might flip to Fox, where the reality TV show Cops introduced a new format to the airwaves. Or maybe they would turn on ABC’s Primetime Live, where Chris Wallace (a previous Meet The Press moderator) would regularly grill interview guests. And of course anyone seeking documentary fare could find those stories on CBS Reports, the long-running CBS News documentary series.

TV news is in the middle of an era of transformation, with the rise of cable news ceding ground to what is widely perceived to be a shift to streaming, following a path forged by the entertainment industry.

And TV news outlets, seeking to differentiate their offerings (some free, some offered only through subscriptions) are beginning to lean on nostalgia and familiarity, even as they contemplate offerings that are very much unlike what came before it.

This week CBS announced an overhaul of CBS News Streaming (previously CBSN), its free streaming news offering. Among the new shows are a bevy of programs mined from existing IP, including revivals of Person-to-Person (an interview show originally launched by Edward R. Murrow in 1953, and revived this year with Norah O’Donnell) and yes, the CBS Reports documentary brand, which debuted in 1959.

“It is an embarrassment of riches at CBS News, you have the most iconic franchises and brands and IP,” says CBS News and Stations co-president Neeraj Khemlani, about the move to revive the programming for streaming. “There have been things sitting in the vault like Person-to-Person. A lot of my mentors in this business grew up at CBS Reports.”

And CBS is far from alone. NBC already has a Meet The Press spinoff, hosted by Chuck Todd, on its NBC News Now service (MTP made its TV debut in 1947), while CNN says that Wolf Blitzer will host an evening newscast on its CNN+ service with an “old-school nostalgic approach featuring original reporting from around the world, investigations, and consumer focused stories,” not unlike viewers would have found on CNN proper back in the day.

And just as Cops helped define what was at the time a nascent Fox broadcast network (It debuted on Fox in 1989, though Paramount Network canceled it in 2020 amid protests after the murder of George Floyd), it was revived last year on Fox Nation, Fox News Media’s streaming service.

Lachlan Murdoch, Fox Corp.’s CEO, said at an investor conference in November that Cops has become “one of the most popular shows” on the streaming service, helping to define one of Fox’s 21st century priorities. Fox Nation also has a show led by former Court TV mainstay Nancy Grace.

It’s a nostalgia kick that will be familiar to anyone who pays close attention to the programming on entertainment streaming services like Netflix, Peacock or Hulu, all of which have leaned on revivals (Gilmore Girls! Saved By The Bell! Veronica Mars!) to help coax linear TV viewers to streaming.

And just as Netflix hoped that Fuller House would bring viewers yearning for their early 90s TV comfort food, CNN may be hoping that those wishing for an old school CNN news hour will find one on CNN+, led by Blitzer or Wallace, and Fox News is betting that the same people that vegged out to Cops in 1992 will be willing to do the same on Fox Nation 30 years later.

“It helps to have someone familiar” for the streaming audience to latch onto, one high-level TV news executive told The Hollywood Reporter in December, following Wallace’s jump from Fox to CNN.

As the streaming news wars heat up, and as the free (CBS Streaming, NBC News Now, ABC News Live) and paid (CNN+, Fox Nation) offerings compete for screentime, they will need to balance that familiarity with new offerings that more fully take advantage of the format.

And so CNN is promising “interactive” components to CNN+, and every offering promised “quick response” documentaries that could stream just days after a major news event. But just as the entertainment services lean on the familiar to bring people in and the new to keep them engaged, TV news networks are hoping they can pull off the same trick.

A version of this story appeared in the Jan. 16 issue of The Hollywood Reporter magazine. Click here to subscribe.