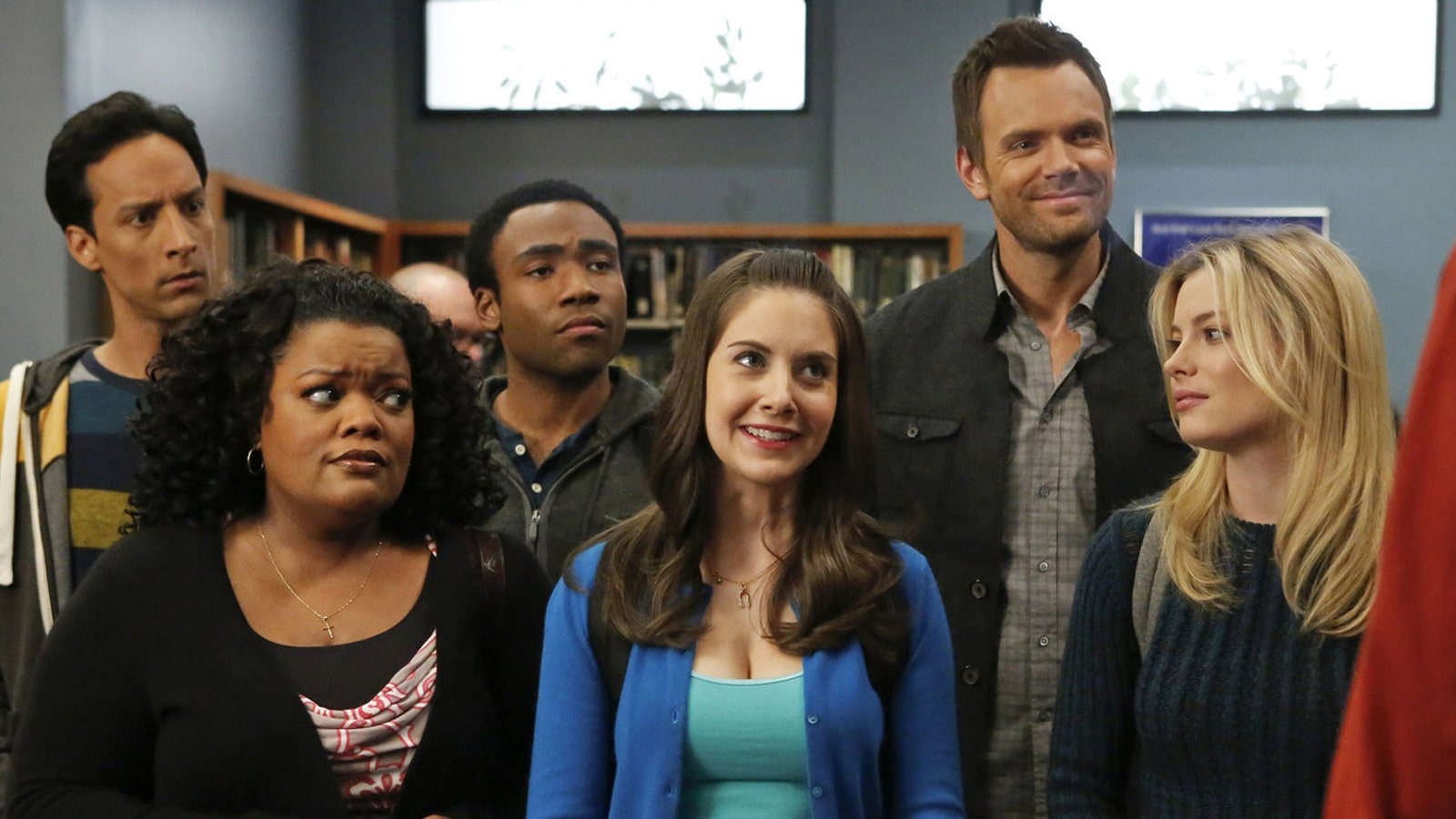 Community stars Alison Brie and Yvette Nicole Brown have teased that the long awaited Community movie is finally in the works.

Before the heights of Avengers: Infinity War and Endgame, the Russo Brothers had a huge part to play in developing acclaimed sitcom Community. Among fans of the show, the phrase “six seasons and a movie” has been vital over the years, as a Community movie has been anticipated since the show’s end in 2015.

Now, it seems the project is picking up the pace, as stars of the show have offered promising updates.

Since Community ended in 2015, the stars of the show have gone onto incredible heights. That much is certainly true of Donald Glover aka Childish Gambino, who has found immense success as a musician.

Getting the cast together one last time amid their schedules has proved difficult, but Alison Brie has been one of the first cast members to offer a recent update on the project.

Speaking with the UnWrapped podcast, Brie said “you know what? I’ll say it. There’s been movement.”

“There are legitimate conversations that are happening. Whether or not they will turn into an actual movie. I would love it if they did, and I hope that they do,” continued Brie.

Brie added that the “fact alone that actual real conversations are happening is I think the most progress we’ve ever made on that front.”

In June, Joel McHale clarified to ComicBook that “I’m more positive than I was, definitely, but we’ll see. That’s a terrible answer, but definitely better than my answer two years ago.”

As the project picks up momentum, Yvette Nicole Brown has also chimed in on the movie’s status too. In an interview with Collider, Brown said “I know that, as Allison said the other day, there’s been a lot of talks, everybody… This is the thing that we’ve been saying for years now, it’s not that there’s a lack of desire.”

“It’s like how do you work out a schedule where you can get a Donald Glover, or a Gillian Jacobs, or Danny Pudi all together in one place at the same time again?”

While the task of rounding the cast one more may be difficult, Brown added “every puzzle can find its way to completion. So, I believe that it’s going to happen, I don’t know when, but there are talks right now, currently.”