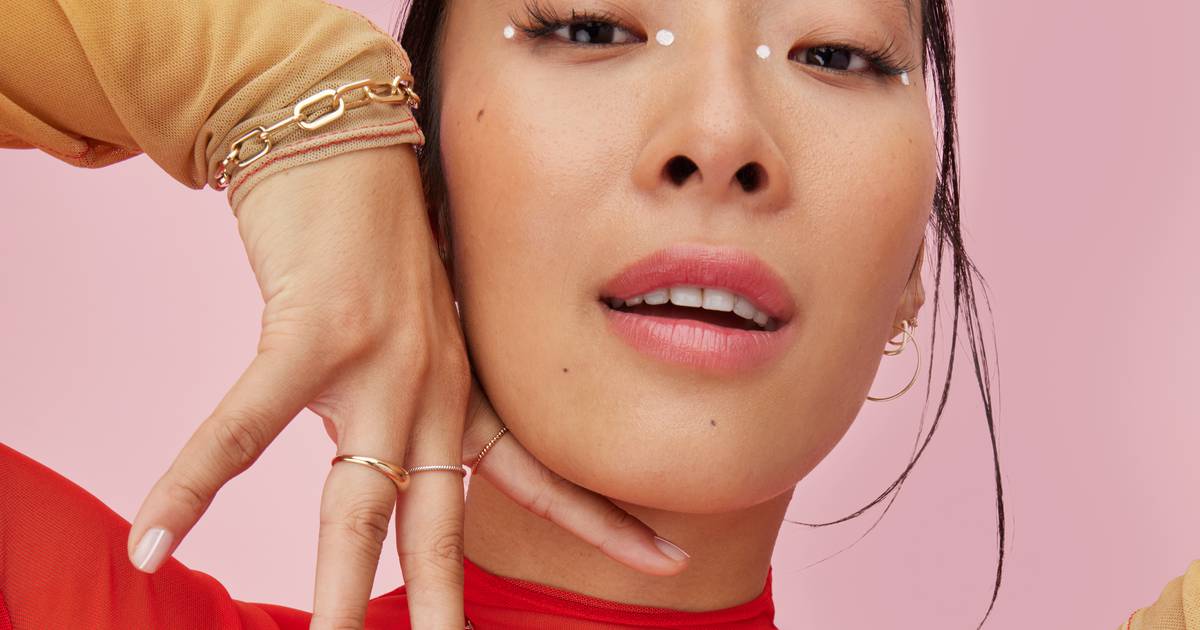 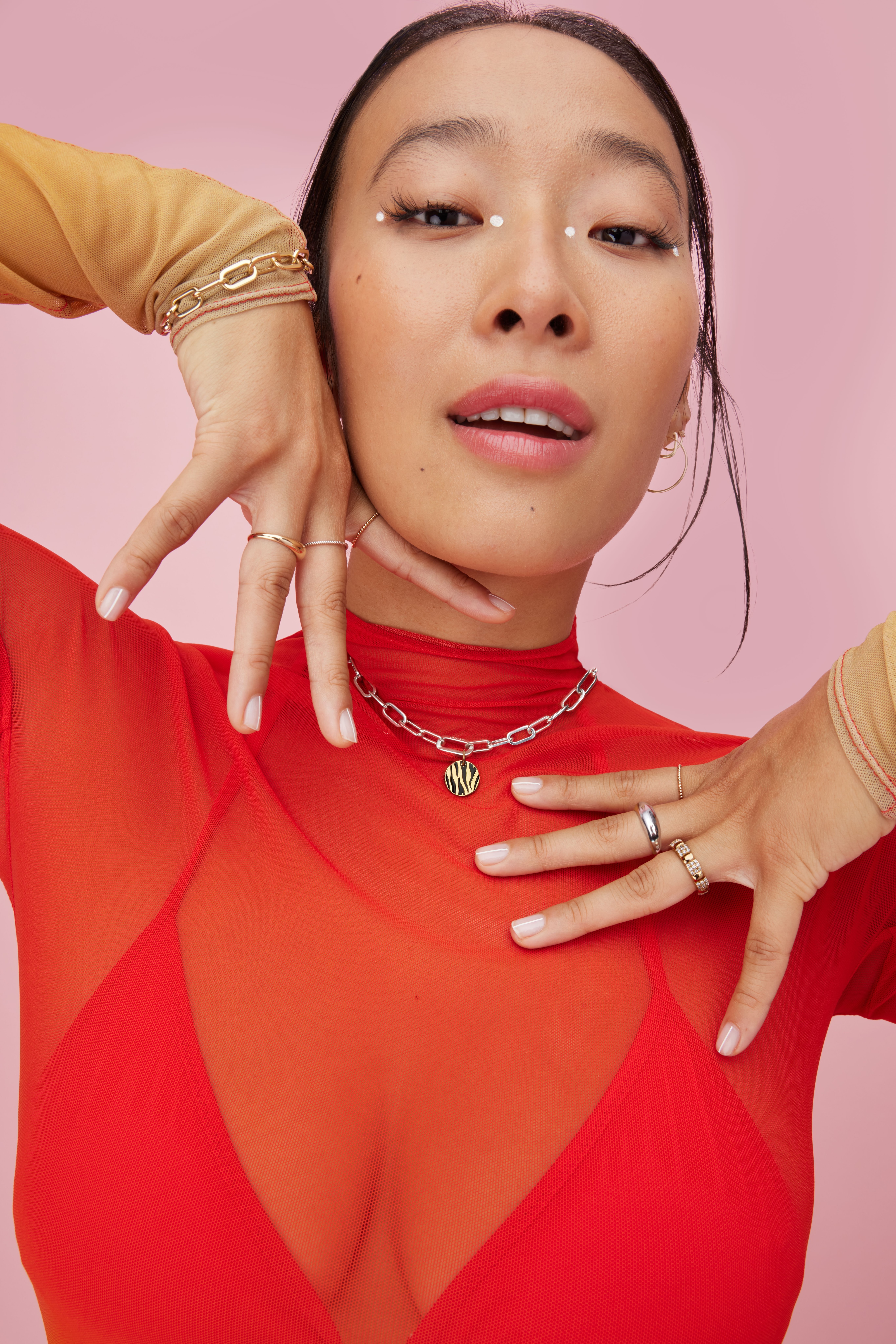 For Mejuri, a jewellery start-up founded online in 2015, a big part of the playbook is to always offer consumers something new. The brand averages nearly a drop a week, ranging from $25 earrings to $4,900 diamond chokers.

That approach was once more commonly applied to sneakers than to studs. Traditional jewellery retailers typically release a handful of collections each year, though as in fashion the pace has picked up in recent years.

Constant new releases encourage repeat visits to Mejuri’s site, and its growing network of stores (it has 13 currently, with at least one more in the works). It’s also a great source of new content for the brand’s 1.1 million Instagram followers.

“We are all sitting on Instagram consuming content very quickly and I think the idea of dropping one launch per year in fine jewellery is very dated,” said Noura Sakkijha, co-founder and CEO of Mejuri.

Mejuri, along with brands like M Jewelers, Aurate and Linjer, is part of a wave of direct-to-consumer jewellery companies that have elbowed their way into the market by promising consumers sleek designs at a fraction of the cost. Like start-ups selling sneakers, T-shirts, luggage and countless other products, the logos and general aesthetic tend to be minimalist, while the marketing taglines they blast onto social media are anything but (Mejuri’s slogan is “fine jewellery for being your damn self,” while Aurate tells customers its products are “designed to be worthy of the women who wear it”).

While these e-commerce brands have been around for the better part of the last decade, their competition with the category’s incumbents is intensifying, analysts say. Across the spectrum, jewellery brands thrived during the pandemic as consumers looked for ways to spend cash they’d saved when they couldn’t travel. But airports are busy again, and a global economic slowdown is likely to further crimp spending on non-essential goods — gold bracelets included.

“Now we’re starting to see travel is opening back up, so numbers are going down,” said Megan Crabtree, founder and CEO of Crabtree Consulting, a jewellery consulting firm.

Those conditions are setting up a battle for market share between direct-to-consumer newcomers and the middle-tier brands squeezed between low-cost mall jewellers and luxury brands like Cartier, she added.

The rise of DTC jewellery brands has rankled incumbents, even winding up in court in at least one instance. In December 2021, David Yurman, a 40-year-old brand known for cuff bracelets and mixed metals, sued Mejuri, accusing the upstart of being a “serial copyist” of its signature designs. Mejuri has denied these claims and filed a countersuit against Yurman in March, asserting that the twist motif at the centre of the dispute dates back to ancient Rome.

“In recent years, we have witnessed newcomers to the jewellery space who do not share the industry’s long-held core values,” Evan Yurman, president of David Yurman said in a statement to BoF.

The digital-first brands aren’t slowing down: Mejuri has sent 3.1 million shipments since its debut in 2015, has 1.5 million unique customers and is expecting triple-digit year-over-year growth, the company said. Monica Vinader, a UK-based brand founded online in 2008, has seen growth as well. The brand’s sales rose 38 percent to hit £80 million ($91.76 million) in the year ended July 31, according to the company.

Brands like David Yurman, John Hardy and Mikimoto have built big businesses selling fine jewellery — 18-karat gold and gemstones of varying grade — to consumers who were priced out of luxury brands such as Cartier or Tiffany, which have moved upmarket by offering more selection aimed at luxury customers in recent years.

The entry-to-mid niche is also targeted by DTC brands, which sell both fine jewellery and “demi-fine” pieces, which typically contain precious metals, but of a lower quality or mixed with cheaper materials. Mejuri’s gold vermeil, for instance, is gold-plated sterling silver.

The price gap can be stark: Mejuri sells vermeil rings for as little as $68. David Yurman doesn’t offer vermeil; solid 18 karat gold rings start at $650 on its website.

The question facing the industry is whether it’s the price or the materials that matter more to young shoppers.

Roli Egbejule, a digital creator and stylist, said she buys herself Mejuri and other demi-fine brands, because its relationship with consumers feels more personal than traditional jewellery brands.

“If I’m speaking for my demographic, we don’t care as much about the quality compared to how it looks and trends,” said Egbejule, who has both purchased jewellery from Mejuri, Monica Vinader and Aurate and received free items from them.

DTC brands were quick to pick up on a shift in who was buying jewellery: where traditional marketing portrayed diamond bracelets and gold cuffs as items for a husband or boyfriend to buy for their partner, women are increasingly likely to be behind the purchase.

Shoppers are also more likely to seek out a specific brand: a 2022 De Beers survey found 65 percent of respondents had purchased branded diamond jewellery, up from 42 percent just two years earlier. Gen Z and Millennials were far more likely to buy from a specific brand, as were shoppers looking to make a purchase for themselves, as opposed to an engagement ring or a gift.

Dorsey, a lab-grown gemstone direct-to-consumer brand founded in 2019, has become popular with younger consumers by positioning itself as an ethical alternative to brands that mine for materials. Worn by Hailey Beiber, Bella Hadid and Taylor Swift, Dorsey describes its designs as “heritage inspired.”

Mejuri’s recent #BeYourDamnSelf campaign featured a diverse range of models and messaging that focused on celebrating individuality and independence.

“It’s easier for me to trust smaller brands like Mejuri because they try to back up whatever they’ve said with their interactions with their consumer,” Egbejule said.

Some legacy brands are playing with their image as well. Tiffany launched its “Not Your Mother’s” campaign in the summer of 2021 and in August 2022 sold NFTs that could be turned into custom pendants.

As for the products themselves, the simple hoop earrings and signet rings offered by Mejuri and its peers cater to younger consumers who prefer a more casual style. These shoppers may even be able to afford pricier and purer jewellery pieces or branded staples like Cartier’s Love bracelet. As they would with their wardrobes, they’ll mix the high with the low.

Neri Kerra, an entrepreneurship expert at Saïd Business school, said she gravitates toward demi-fine jewellery brands because their styles are often more interchangeable and interesting than traditional brands’ offerings.

Ultimately, consumers like Kerra may prioritise price and style over durability and the prestige of the old guard of jewellers. Fine jewellery brands will need to either compete on price, or go upmarket and lean into storytelling to draw customers, said Flur Roberts, head of luxury goods at Euromonitor.

“Lots of brands are producing jewellery using vermeil … and [consumers] feel that they’re still getting quality,” Roberts said. “It’s a way of still being able to have something that they feel is somewhat luxurious without the massive price tag.”

In other words, the draw of solid, 18 karat gold isn’t what it used to be.