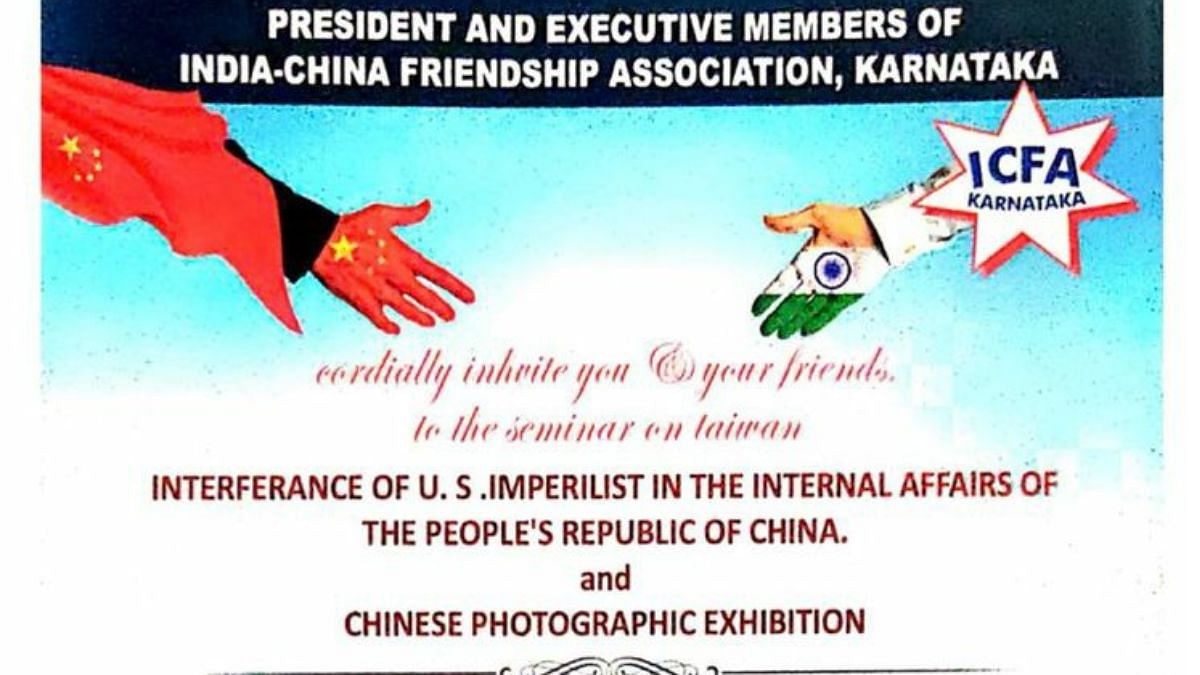 New Delhi: Names of Congress leaders from Karnataka — Siddaramaiah, L. Hanumanthaiah and H.C. Mahadevappa — appeared on a poster for an event organised by the India-China Friendship Association (ICFA) scheduled for Sunday.

As per the poster of the event doing the rounds on social media, the three were to attend a seminar on the topic “Interferance of U.S. imperilist In the internal affairs of the People’s Republic of China (sic)” and a “Chinese photographic exhibition”.

Chinese ambassador to India Sun Weidong, and Consul General Kong Xianhua were also invited as guests and their names appeared on the poster too.

However, all three Congress leaders Saturday said that they had declined the invitation for the event.

As did Mahadevappa: “I hereby clarify that I have not been informed about this program and no consent was taken about my presence in the program before printing this invitation. Since the seminar topic is irrelevant, I have already decided not to attend. Hence I am not taking part in this seminar (sic)”.

Reacting to the controversy, ICFA secretary V. Bhaskaran said the seminar had been cancelled.

“As the issue triggered an unnecessary controversy, we cancelled the seminar, but the Chinese photograph exhibition will be held as scheduled,” he said.

The BJP, the ruling party in Karnataka, targeted the Congress for allegedly participating in such an event.

“We saw secret pics of Rahul Gandhi with Chinese Envoys in the past but this is new and huge. Congress is China’s Agent. It’s official now. You can understand now why Congress always target Indian Army, why support tukde-tukde gang, Batla House terrorists and Anti Nationals (sic)”, said Tejinder Bagga in a tweet.

“If anyone had any doubt that Congress works for China, this will clear their doubt. Why should Congress side with China if America is interfering in its internal affairs? Is this MoU signed by Rahul Gandhi with Chinese Communist Party the reason behind this support to China? (sic)”, wrote BJP leader C.T. Ravi.

Also read: Hu Chunhua has a chance at Chinese premiership and why it will have implications for India