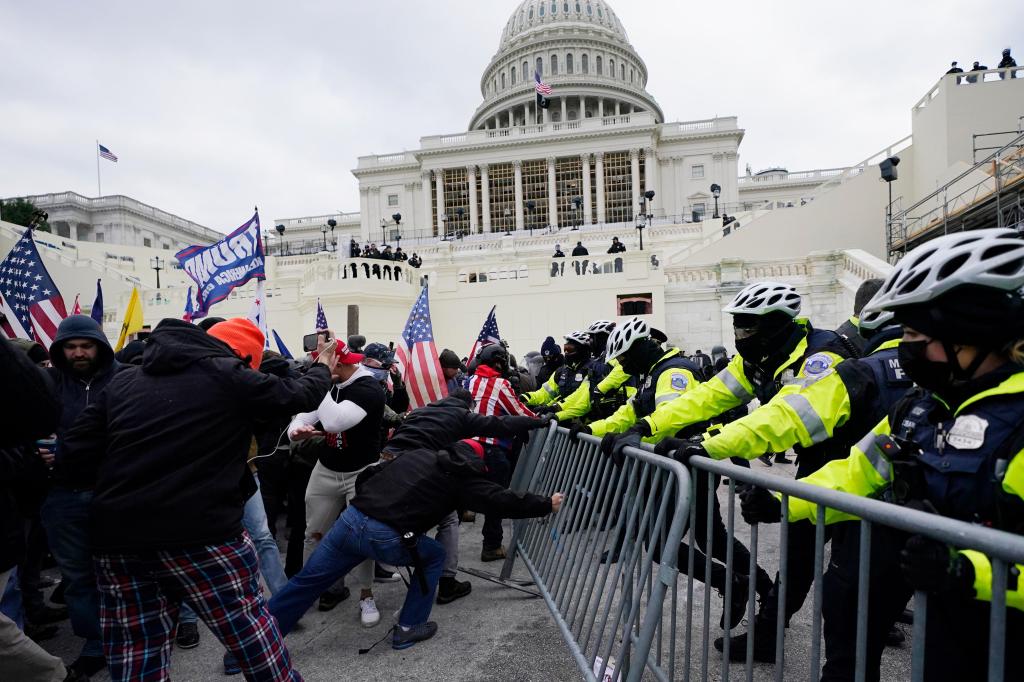 On Twitter last week, I received not one but two Nazi comparisons from folks I’ll presume read my column to the end. These readers were incensed that I dared remain within the GOP. Why such umbrage? It’s unclear. Logical argument wasn’t their thing. That’s OK. I needed a good hook for this column and real-life examples of rhetorical fallacies for the college classes I teach.

It would seem I’m not the only villain to haunt The Denver Post opinion page. Fellow columnist Ian Silverii was recently exposed on Twitter as a seditionist fomenting civil war. Oh, the outrage! He joked about a national divorce of blue and red states on a podcast. Alas, I, too, am guilty of seditionist talk, but in my libertarian Republic of South Dakota musings, red states get all of the national parks and blue states get Miley Cyrus and the Impossible Burger.

Thankfully the Twitterverse is not a reflection of the real universe; ridiculous partisans with their Nazi comparisons or #letsgobrandon tweets are actually in the minority in real life. Small people just seem bigger in that venue. It’s not just stupid antics that get overplayed. Extreme policy positions of the far left and far right get amplified on social media and on cable news where they are treated as exemplars rather than outliers.

Unfortunately, the exaggerated presence of extreme views in media is causing Americans to overestimate their pervasiveness within each political party according to new research by Victoria A. Parker, Matthew Feinberg, Alexa Tullett, and Anne E. Wilson. Political caricatures, be it the woke-scold, police-hating, critical race theorist or the conspiracy-minded anti-vax xenophobe are becoming the face of each party. The distortion is heaping fuel on the bonfire of political animosity.

For their study, The Ties that Blind: Misperceptions of the Opponent Fringe and the Miscalibration of Political Contempt, researchers asked poll respondents whether they agreed with certain moderate and extreme positions. Researchers then asked what percentage of the other party held certain extreme positions. The results reveal a significant gap between majority views held by conservatives and liberals and what opponents believe are majority views.

For example, only 28% of self-described liberals agreed or somewhat agreed with the idea of eliminating police departments. A scary proposition to be sure but it’s not one held by most liberals. Conservatives in the survey, however, thought that a full 61% of liberals supported abolishing the police. Likewise, although 22% of conservatives in the poll were not welcoming to immigrants, liberals believed 57% of conservatives held this position.

Not surprisingly, researchers found spending time watching partisan news media correlates with a greater misperception of the prevalence of extreme views held by the other party. Worse, those who hold distorted views are more likely to dislike those across the aisle and less likely to interact with them. The lack of real engagement just reinforces stereotypes.

It doesn’t help that the pandemic has reduced the circumference of our social circles and curtailed opportunities to converse with people who differ with us politically but with whom we share other interests.

Worst of all, the study showed that when extreme opinions are amplified moderates tend to self-censor about extreme views. Those who hold moderate opinions are less likely to speak out in disagreement with those who hold extreme opinions. Thus when mainstream Democrats don’t denounce efforts to defund the police and mainstream Republicans don’t decry xenophobic rhetoric, these abhorrent views appear more pervasive than they really are. They also become more acceptable than they should be.

In other words, unless we speak up, it will appear that “The best lack all conviction, while the worst are full of passionate intensity,” to quote a favorite poem.  The worst on social media will win the battle of perception by default.