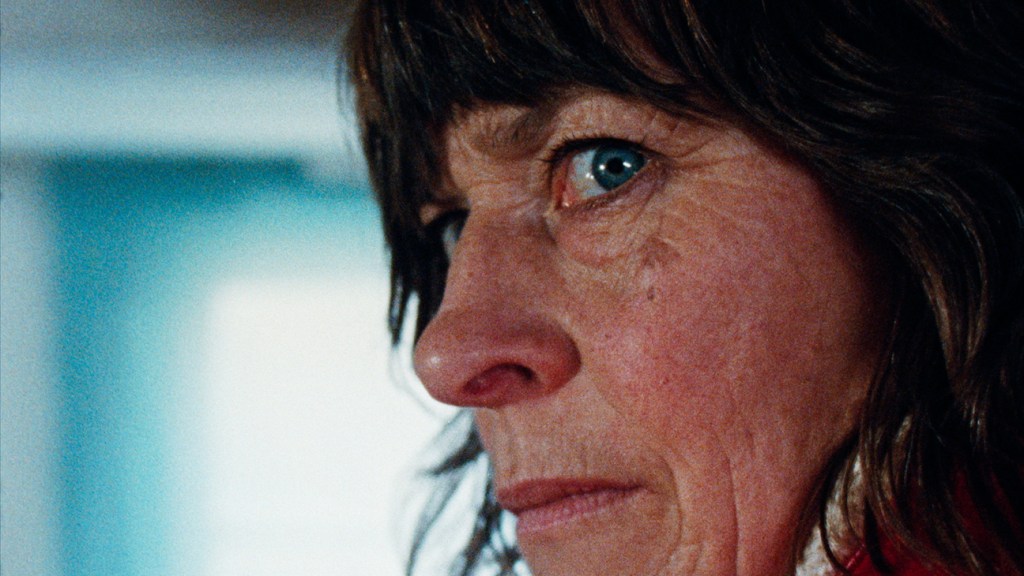 For his BAFTA-winning feature Bait, considered by many critics to be one of the best films of 2019, British director Mark Jenkin turned the dial back on filmmaking technology, shooting the entire movie on old hand-cranked cameras using black & white 16mm stock, which he then processed by hand.

In his follow-up, Enys Men, there’s one immediately noticeable difference: it’s in color. But don’t go thinking Jenkin took a futuristic leap. “No, it’s exactly the same — same equipment, same process, still 16mm. But I just always wanted to do this one in color.”

The filmmaker does, however, admit to one modern-day luxury he allowed himself: on this occasion the negatives were processed in a lab. Such a choice actually caused something of a worry that the “flatter” and “cleaner” images would lack the imperfections, scratches and roughness that made Bait such a unique and arresting film. Thankfully, help came with his equipment.

“Luckily, the cameras and lenses we used were very old,” he says. “And also when you blow 16mm on a big screen, it does start to fall to pieces, which is where it gets interesting for me, where the grain comes out, and you can really see and feel the texture.”

Like Bait, Enys Men — getting its world premiere in Cannes’ Directors’ Fortnight competition — is set in Jenkin’s native Cornwall (the title means “Stone Island” in Cornish) on England’s south-western tip, a county rich with history and its own personal identity whose residents can trace their roots to ancient Britons before the Roman conquest. But where Bait explored the gentrification of former fishing villages, pitting locals against tourists, Enys Men is a far more haunting, unsettling affair, light on dialog, but filled with noise (all, like Bait, dubbed afterwards with recordings mostly from Jenkin’s studio — the entire film was shot in silence).

Set on a small, deserted coastal island, the film follows a lone volunteer for the Wildlife Trust who takes daily observations of a rare flower growing near an abandoned tin mine. Her existence is an endless cycle of routine, but one that gradually begins to collide with worlds and timelines that have inhabited the land previously, including those lost at sea and the former workers in the mine. At the center of the island is a mysterious Bronze Age standing stone, looming in the distance, but appearing to sometimes move closer to her lonely cottage and sometimes disappear altogether.

“A lot of the feedback I got from Bait was that it was tipping into horror, because of the sense of dread and foreboding, and that got me interested in writing something that was not necessarily outright horror, but something that plays with that more consciously,” says Jenkin, who drew upon old folk tales regarding these ancient standing stones (from an early age, he was told that a ring of 19 near where he lived were actually 19 girls who were turned to stone for dancing on the sabbath). The concept of the volunteer, he says, “evolved out of this idea of a petrification of a person into a standing stone.”

Jenkin actually has a name for it — ecosophical horror. “Ecosophical is the philosophy of ecological equilibrium and harmony,” he says. “It’s a French idea about balance within the world. And if one thing is knocked out of balance, it has a knock-on effect for everything else.” The island’s isolated volunteer, through her daily repetitions, can both knock everything out of balance with one action, but, through another, rebalance it all again.

The first draft of the script for Enys Men was written in a “frenzy” over three days, Jenkin keeping things — of course — analog via pen and paper. But it was only after he’d typed up his handwritten draft and read out the prints that he came to a realization.

“I thought I’d written a horror film, but there was no horror in the script,” says the filmmaker. “But it made me realize early on that the horror is in the form. It’s almost like the form and the structure of the film is not to be trusted.”

Jenkin admits he’s nervous about calling Enys Men an “outright horror” for fear of disappointing genre aficionados. While it may be short on genuine scares, it’s a film with enough creeps and chills to linger with people long afterwards.

As he notes: “Rather than picking the audience up and taking them into the darkest corner of the woods and then leading them back out again, it’s something that takes you into the woods and just leaves you there.”