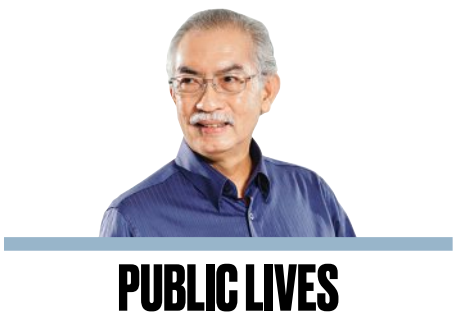 One of the most applauded moments in President Marcos Jr.’s recent State of the Nation Address (Sona) was when he announced, in reference to the health situation, that there will be no more lockdowns. This declaration resonates with the sentiment emanating from COVID burnout.

But what did the President mean to say? Was he saying the worst of the pandemic is over? Or was he merely laying the premise for a less sweeping and more calibrated response than we have seen under the Duterte administration?

If the former, I think it would be a premature thing to say. He himself acknowledged that the threat remains, but he seems to think that striking a balance between protecting public health and reopening the economy is now more feasible than before because of the vaccines. As I will try to show, these experimental vaccines are not the panacea we think they are.

If he meant the latter, i.e. a less sweeping approach to the pandemic, then I am tempted to say that, in the absence of a well-thought-out plan, it is akin to the campaign promise to bring down the price of rice to P20 per kilo—nothing but a mirage. For we have yet to see even the outline of a comprehensive science-based plan to manage surges in infections.

The people at OCTA Research have called for an “exit plan,” a hopeful way to express the need for a roadmap on how to deal with a lingering threat. I hope I am wrong, but in the light of Mr. Marcos’ Sona pronouncement, I suspect that what they may have in mind is no more than a communication strategy to justify opening up as many areas of economic life as possible—even in the face of a surge in the number of daily infections.

We definitely need something comprehensive and substantial. Nothing short of a proposal for a modus vivendi with a virus that is far from showing any signs of retreat. What this peaceful coexistence entails has been the subject of some discussion. The starting point has to be where we are today as a species in relation to the coronavirus.

In a July 12, 2022 article for The Atlantic, staff writer Ed Yong, who won the Pulitzer Prize for Explanatory Reporting, describes the current situation thus: “The virus is likely now locked with the human immune system in a perpetual evolutionary arms race. A variant emerges to circumvent our existing immunity, then vaccines and infections gradually rebuild our defenses … until another variant emerges… This is what ‘living with COVID’ means—a continual cat-and-mouse game that we can choose to play seriously or repeatedly forfeit.”

Clearly, Yong leans on the side of taking the cat-and-mouse game seriously—that is, not letting our guard down even when surging infections do not result in more deaths or in medical facilities being overwhelmed. He points to a number of reasons for not relaxing our vigilance.

First, various iterations of this virus have been observed to affect countries in different ways. While BA.5 has been generally benign, it is not the same for every country. In Portugal, it has caused deaths comparable to those brought about by the first Omicron wave. The differences, notes the author, reflect the “complicated patchworks of immunity” that now exist around the world, the complex outcome of the kind of vaccines that have been in use and previous encounters with the virus.

Second, we cannot be led into thinking that just because vaccines and booster shots have been proven to be effective in blunting the symptoms caused by recent variants, it will always be like that. “Immune evasion” is another matter, writes Yong. BA.5 has been successful in evading immunity conferred by vaccines and past infections, but, luckily, it has failed to significantly “erode” the body’s defenses against serious COVID-19. Hence, while there has been an alarming surge in infections, as in Japan today with more than 200,000 new cases in one day, the number of deaths has not risen as alarmingly. But there’s no assurance future variants will not be both immune evasive and deadlier.

And lastly, no matter how mild a bout of SARS-CoV-2 infection may be, its long-term effects cannot be predicted. The later appearance of disabling symptoms associated with “long COVID” continues to baffle scientists. The lesson is clear: It is always so much better to avoid getting infected even if one is fully “boosted” and protected against severe disease or death. But this is not what we are hearing in the frantic rush to overcome COVID burnout and start living in the “new normal.”

In time, we minimize the importance of measures that lie very much within our reach—such as masking, physical distancing, and adequate ventilation. Indeed, nothing limits the spread of any disease better than the availability of inexpensive rapid tests and prompt social support for those who need to self-isolate.

While I appreciate Mr. Marcos’ forward-looking proclamation of an end to lockdowns, I am worried that it may induce the kind of public indifference to the continuing seriousness of the pandemic we are seeing today in other countries. As Maria Van Kerkhove, infectious disease epidemiologist at the World Health Organization, recently put it in an interview with The Atlantic, “It’s not over, and we are playing with fire by letting this virus circulate at such intense levels.”

The phenomenon of ‘grade inflation’

The pandemic and the miracle of adaptation