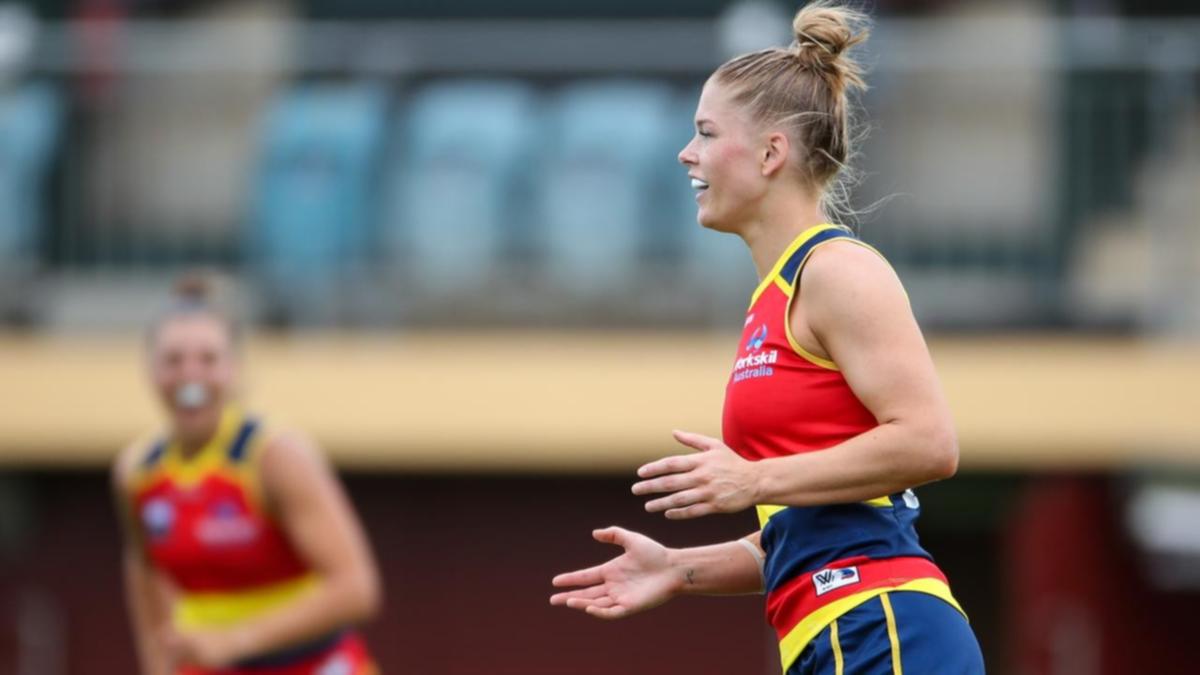 Playing a home game at Richmond’s Swinburne Centre, due to Western Australia’s border closure, the winless Eagles took it up the Crows for more than a half.

But the class of established stars Ebony Marinoff and Erin Phillips stood out as Adelaide prevailed 6.6 (42) to 1.3 (9) on Saturday.

Stream Seven’s coverage of AFLW for free on 7plus >>

After losing last year’s grand final to the Brisbane Lions, the Crows are again well placed for a shot at winning their third premiership.

The only concern was a foot injury to Anne Hatchard, with the dual premiership midfielder assessed by medical staff in the last quarter.

Adelaide will be desperate to have Hatchard and captain Chelsea Randall — who missed the clash with the Eagles due to a hamstring injury — available for next week’s blockbuster potential grand final preview against Melbourne.

West Coast started in promising fashion, with an Aimee Schmidt goal ensuring the Eagles trailed by just a point at the first break.

But the Crows gradually ground West Coast down, with Marinoff starring with 23 possessions in her role as acting captain in the absence of Randall.

Phillips collected 18 possessions and a booted goal, while youngster Eloise Jones impressed with 20 touches and one major.

The Eagles were well served by Mikayla Bowen, Dana Hooker and Aisling McCarthy.

West Coast will remain in Melbourne for the immediate future, as they prepare to tackle St Kilda in a winnable game at Trevor Barker Oval next week.