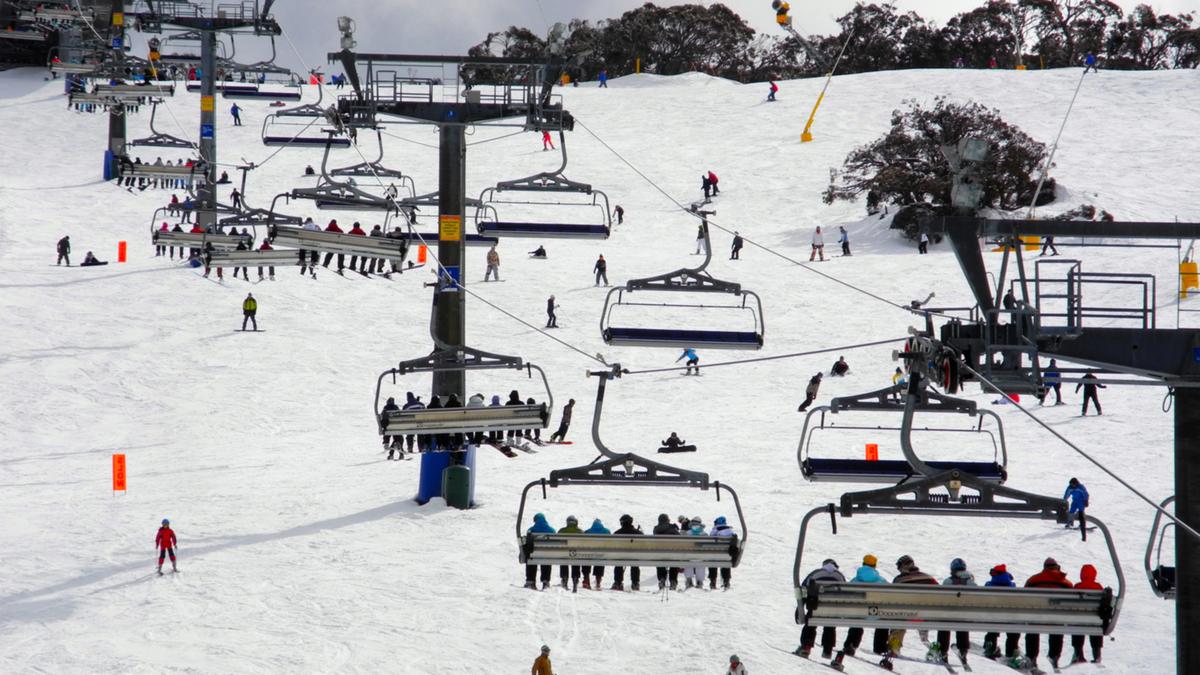 Dangerous weather has hit the ski season with wild conditions forcing shutdowns, as other parts of the state prepare for flooding.

Damaging winds and heavy downpours smashed the southeast of New South Wales on Thursday, prompting Thredbo to shut down operations.

Watch heavy rain flood the Skitube in the video above

Thredbo on Thursday announced it had stopped activity on the slopes while Perisher closed some lifts, as the resorts braced for wild conditions.

“The safety of our team and guests is paramount,” Thredbo said in a statement.

“Given the extreme weather forecast for heavy rain and gale force winds, we have made the decision to not operate any lifts today.”

Video shows heavy rain flooding a Perisher Skitube station on Thursday, with the Bureau of Meteorology recording a whopping 83.4mm of rainfall in the Perisher Valley overnight.

While the resorts were back open on Friday, parts of the NSW’s southeast are bracing for more damaging winds, with the Bureau of Meteorology expecting gusts of about 90km/h.

A severe weather warning remains in place for people in Illawarra and parts of South Coast, Southern Tablelands, Snowy Mountains, ACT and Central Tablelands forecast districts as the areas face the brunt of “vigorous” northwesterly winds.

In the Riverina, up to 90,000 megalitres of water is set to be released from Burrinjuck Dam dam following heavy rainfall in the region.

More than 100mm hit the dam and surrounding areas overnight, with flows from the Yass River into the dam reaching the “highest ever recorded”, according to Water NSW.

Burrinjuck tipped 121 per cent capacity on Friday, and controlled outflows are expected to continue for weeks until levels go down.

Spring deluge on the cards as Australia battles climate ‘on steroids’

BOM is warning major flooding is possible at Gundagi on Friday evening and moderate flooding could take place at Wagga Wagga on Saturday night.

The Castlereagh River is flooding at Mendooran, which may peak near six metres on Friday afternoon with moderate flooding expected.

Moderate flooding is occurring along the Upper Murray River at Biggara and at Bringenbrong and may also take place along the Belubula River at Canowindra from Friday afternoon.

Meanwhile, warnings for minor to moderate flooding are in place for the Bell and Macquarie rivers, Bogan River and the Culgoa and Narran rivers.

Minor flooding is also possible along the Lachlan River, Queanbeyan and Molonglo rivers, Darling River and for the Macquarie River to Bathurst.

The bureau is urging people to stay out of rising water and never walk, ride of drive through flood water.

“In life threatening emergencies, call triple-0 immediately. If you require rescue, assistance to evacuate or other emergency help, ring NSW SES on 132 500,” it warns.