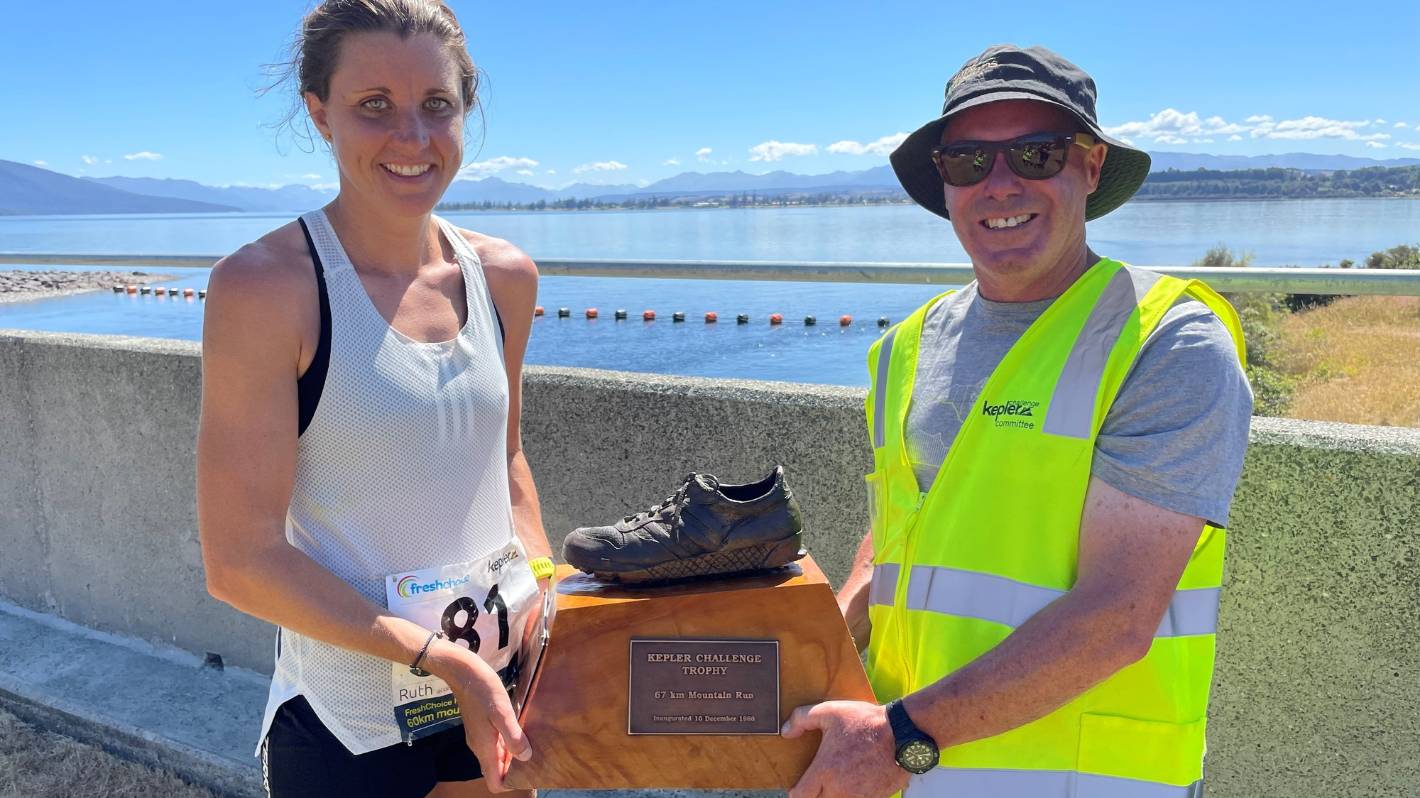 Traditionally held on the first weekend of December, Covid uncertainty prompted organisers to move the event to mid-January and the conditions played their part with a stunning summer day in Fiordland.

It was Jones’ fourth successive win, but his second on the full 60km Kepler Track loop after weather-enforced alternative routes were used in 2020 and 2019.

“I’m unbelievably stoked. It’s felt like a long time coming with all the postponements of races,” Jones, who was 19min ahead of runner-up David Haunschmidt, with Andy Good third, said.

“It’s great to be able to come to Te Anau and just race hard. I love running in the heat and the last couple of years it’s been the B course and fairly wet and cold so to have a bluebird day was pretty primo.”

Jones had studied the split times for Martin Dent’s race record of 4:33:37 set in 2018, but found himself behind at the major markers.

“It was in the back of my mind, but five minutes is a lot of time to make up over 10-15km. I was gunning it, but in the end I was just making sure no one was breathing down my neck.”

As a four-time winner, Jones is now in the conversation as one of the best runners to race the Kepler.

“I’m not usually one to look at past results, but to get four in a row I’m stoked because it’s just good to be racing again.”

Croft, who won the Luxmore Grunt in 2018, has won big races all over the world and would normally be returning from Europe for the Kepler’s December date.

She was also challenging the record of 5:23:34 set by Zelah Morrell in 2003, but eventually came home in 5:26:30, 27 minutes ahead of defending champion Nancy Jiang, with Katie Morgan third.

“It was pretty tough. I really struggled the last 15km, but we are so lucky today with the beautiful weather, I couldn’t have asked for better. This is normally my base season, so I’ve just come off a break and I’m slowly building up so I think the fitness was there but I didn’t feel that great.

“I had Ruby (Muir’s) splits from when she got close to the record written on my hand and I just realised once it got to the last 30km I was off by a couple of minutes at each checkpoint.”

Croft will now prepare for the Tawawera ultramarathon’s 50km event, before returning to the United States and the Western States event she finished runner-up at last year, while Jones is hoping to recover in time to line up for next weekend’s Auckland marathon.

Meanwhile, David Balchin made the most of the early morning conditions to break Andy Good’s Luxmore Grunt men’s record by more than 2min.

Balchin was pushed all the way in the Kepler’s 27km sister event by 2020 winner Jonathan Jackson, who also went under the previous mark of 1:50:54 set in 2018. Richard Ford was third.