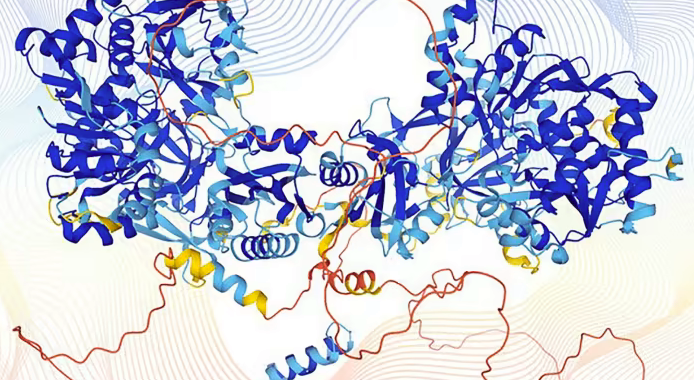 Artificial intelligence has surpassed the limits of scientific knowledge by predicting the shape of almost every known protein, a breakthrough that will significantly reduce the time required to make biological discoveries.

The research was done by London-based AI company DeepMind—owned by Google parent Alphabet—which used its AlphaFold algorithm to build the most complete and accurate database yet of the more than 200 million known proteins.

Prediction of a protein’s structure from its DNA sequence alone has been one of biology’s greatest challenges. Current experimental methods to determine the shape of a single protein take months or years in a laboratory, which is why only about 190,000, or 0.1 percent, of known protein structures have been solved.

DeepMind’s chief executive, Demis Hassabis, said the AI had “provided structural biologists with this powerful new tool now, where you can look up a 3D structure of a protein almost as easily as doing a keyword Google search.”

“[It’s] opening up huge opportunities for AlphaFold to have impact on… sustainability, food insecurity, and neglected diseases,” he added.

In July 2021, DeepMind announced it had predicted the shape of all human proteins, helping to better understand human health and disease. That database has been expanded 200-fold and now contains more than 200 million predicted protein structures, covering almost every organism on Earth that has had its genome sequenced—from the malarial parasite to the honeybee.

These structures are now available via a public database hosted by the European Bioinformatics Institute at the European Molecular Biology Laboratory (EMBL-EBI). In the year since its launch, more than 500,000 researchers around the world have accessed the AlphaFold database to view more than 2 million structures, the company said.

“Almost every drug that has come to market over the past few years has been in part designed through knowledge of protein structures,” said Janet Thornton, a senior scientist and director emeritus at EMBL-EBI. “Having access to all of these new structures, especially for… unusual organisms for which we did not have structural data, there is a real opportunity there not only to design new drugs… but to ensure those drugs don’t hit human proteins and cross react.”

Proteins are often referred to as the building blocks of life. Their structures matter because they dictate how proteins do their jobs. Knowing a protein’s shape, for example a Y-shaped antibody, tells scientists more about what that protein’s role is.

Being able to easily predict a protein’s shape could allow scientists to control and modify it, so they can improve its function by changing its DNA sequence or target drugs that could attach to it. For instance, studying surface proteins on a malarial parasite can help understand how antibodies bind to it, and therefore how to fight the pathogen effectively.

“The use of AlphaFold was really transformational, giving us a sharp view of [a] malaria surface protein,” said Matthew Higgins, a biochemistry professor at Oxford University who studies malaria. His team is using these insights to develop a new malaria vaccine, he said.

While scientists will still need to confirm a protein’s structure through experiments, these predictions will provide a massive head start and reduce the time required to complete the process.

DeepMind said it had excluded viruses from the database to prevent this data from being potentially weaponized by bad actors or bioterrorists.

In November 2021, DeepMind announced a spinoff company, Isomorphic Labs, which it said would apply AlphaFold and other AI tools to accelerate drug discovery. It announced on Thursday that it would open a traditional wet laboratory at the Francis Crick Institute to achieve this aim.

“We can start thinking about end-to-end drug design. That would be my dream, where you speed up the entire process, not just the structure parts… for new drugs and cures,” Hassabis said. “That is coming.”

© 2022 The Financial Times Ltd. All rights reserved Not to be redistributed, copied, or modified in any way.