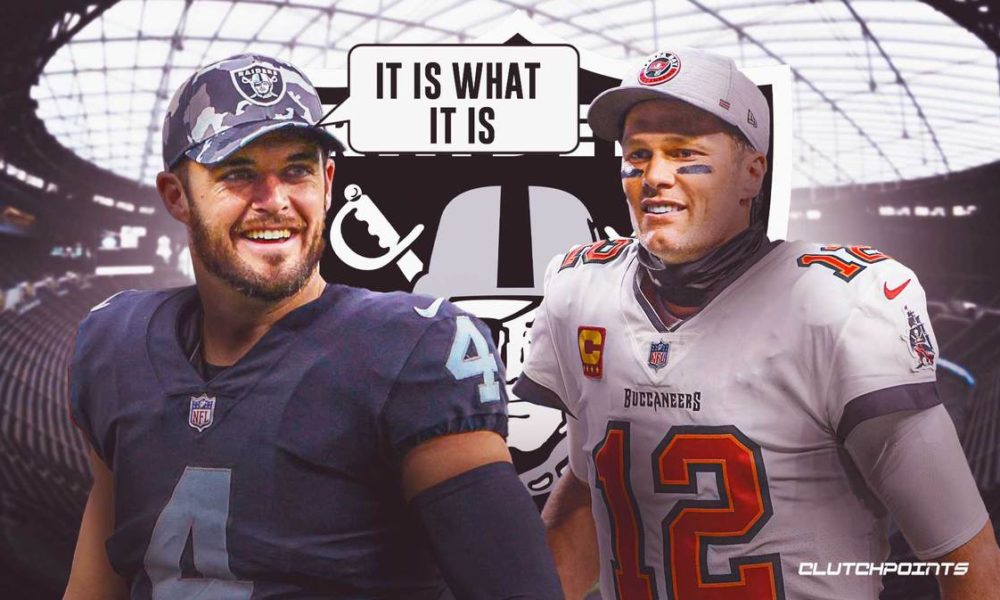 Over the weekend, UFC president Dana White dropped a huge truth bomb regarding the Raiders organization. White claimed that during Tom Brady’s free agency before the 2020 season, a deal was in place for the future Hall of Famer to join the Raiders. Along with Brady, star tight end, Rob Gronkowski was also set to head to the Raiders.

According to White, the deal fell through due to then Raiders head coach Jon Gruden backing out.

Since this news has come to light, Derek Carr has been in the spotlight. During Tuesday’s press conference, Carr was asked about how he felt regarding the Tom Brady talk.

Carr responded by saying, “I mean, it is what it is. It really doesn’t matter. At the end of the day, anything I say will just be blasted out there so I’m just going to completely remove myself and just keep trying to play football. It’s been nice just answering football questions. And hopefully, no more drama in the city. That’s what I hope.”

Derek Carr and the Raiders have had a potential franchise-altering off-season. With the league alerting trade to obtain Green Bay Packers wide receiver Davante Adams, the team hopes to have one of the most explosive offenses in the NFL.

But as the team heads into the new season, all people are currently doing is comparing Carr to Brady.

If Carr struggles throughout the season, people’s eyes will turn towards Brady’s success. People will question why the Raiders opted to go with Carr over Brady back in 2020. To silence any of these conversations, Carr will need to turn in a big season.