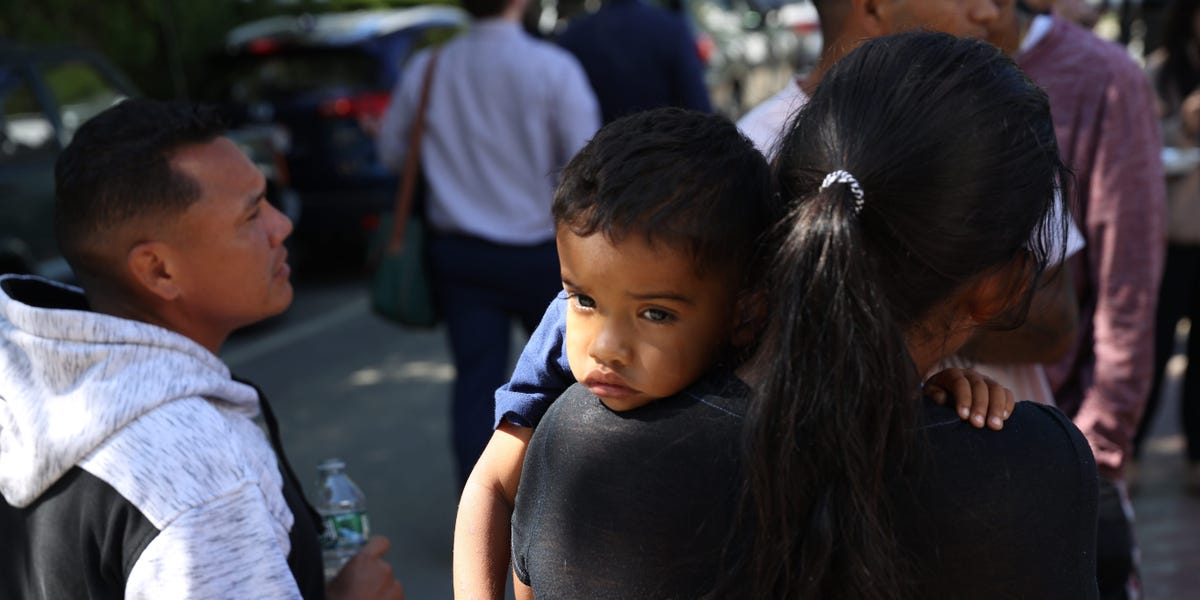 Florida Gov. Ron DeSantis continues to praise his own politicking after flying dozens of migrants from Texas to Martha’s Vineyard last week, but immigration experts say the stunt was dehumanizing to the migrants at the center of the controversy and minimized the oft-harrowing journeys endured by asylum-seekers.

DeSantis in the last week has faced criticism and compliments for the decision, in which Florida chartered two planes to fly about 50 undocumented migrants from San Antonio, Texas, to the Massachusetts island.

The GOP lawmaker’s office later clarified that the move was part of Florida’s “relocation program to transport illegal immigrants to sanctuary destinations” — the most recent effort by GOP leaders to highlight what they call a crisis at the US Southern border.

Immigration advocates have uniformly rebuked the stunt, accusing DeSantis of prioritizing politics — and specifically, his aims for higher office — over the real lives of the Venezuelan and Colombian migrants caught in the crossfire.

“We all know this is sheer political theater,” Vicki Gaubeca, director of Southern Border Communities Coalition, told Insider. “Florida is not on the US-Mexico border, so the migrants were transported to Martha’s Vineyard from Texas on Floridians’ dime.”

She added that, instead of “caring about human beings fleeing political or economical disasters and providing a humane, orderly solution,” DeSantis, along with Texas Gov. Greg Abbott, “chose to lay bare their cruelty, add another layer of suffering and make the problem worse.”

During a weekend speech at a Republican rally in Wisconsin, DeSantis doubled down on the move, saying that the migrants he sent to Martha’s Vineyard had “hit the jackpot to be in the wealthiest sanctuary jurisdiction in the world.”

It’s carefully-chosen language on DeSantis’ part but doesn’t represent the reality for most migrants, according to immigration experts.

“Migrants being transported under false pretenses, away from their intended home communities, with the families and friends willing to receive them, to an island with no immigration courts or ICE field offices where migrants can check-in, can hardly be considered ‘hitting the jackpot,'” Nicole Ramos, Al Otro Lado’s Border Rights Project director, said in a statement to Insider.

“It looks more like a different shade of family separation to me,” Ramos continued.

The migrants who landed in Martha’s Vineyard last week were given misleading brochures promising cash assistance and job placement services before touching down on the island, according to lawyers for the migrants. Some of the asylum seekers also told NPR that a woman, who solely identified herself as “Perla,” promised they would receive work permits in Boston after arriving.

The migrants on Tuesday filed a federal class action lawsuit against DeSantis, claiming that the incident was a “premeditated, fraudulent, and illegal scheme.”

The governor’s ongoing rhetoric, including his “jackpot” remark, could have longterm, harmful repercussions for migrants, according to Pedro Rios, director of the American Friends Service Committee’s US/Mexico Border Program.

“By suggesting that the migrants he flew to Martha’s Vineyard have a hit a ‘jackpot,’ he minimizes the harrowing experiences migrants have faced in their home countries and what they’ve encountered along dangerous routes,” Rios told Insider.

He added: “This has the effect of dehumanizing them, which makes it easier for DeSantis’ supporters to be intolerant of people in vulnerable conditions and easier to deny migrants and asylum seekers basic rights and protections.”

Many migrants face danger and even the threat of death during their immigration experience, only to be met with further animosity once they reach the US, Rios said, which can have significant impacts on a person’s mental health.

Earlier this week, an asylum seeker died by suicide in a New York City homeless shelter, Mayor Eric Adams announced on Monday. While there were few details released about the incident, Adams said at a press conference that the woman’s death highlights the traumatizing experiences many migrants face.

“All local and state jurisdictions have the obligation to welcome migrants and asylum seekers with measures that uplift their dignity, that prioritize their emotional, mental, and physical integrity,” Rios said.