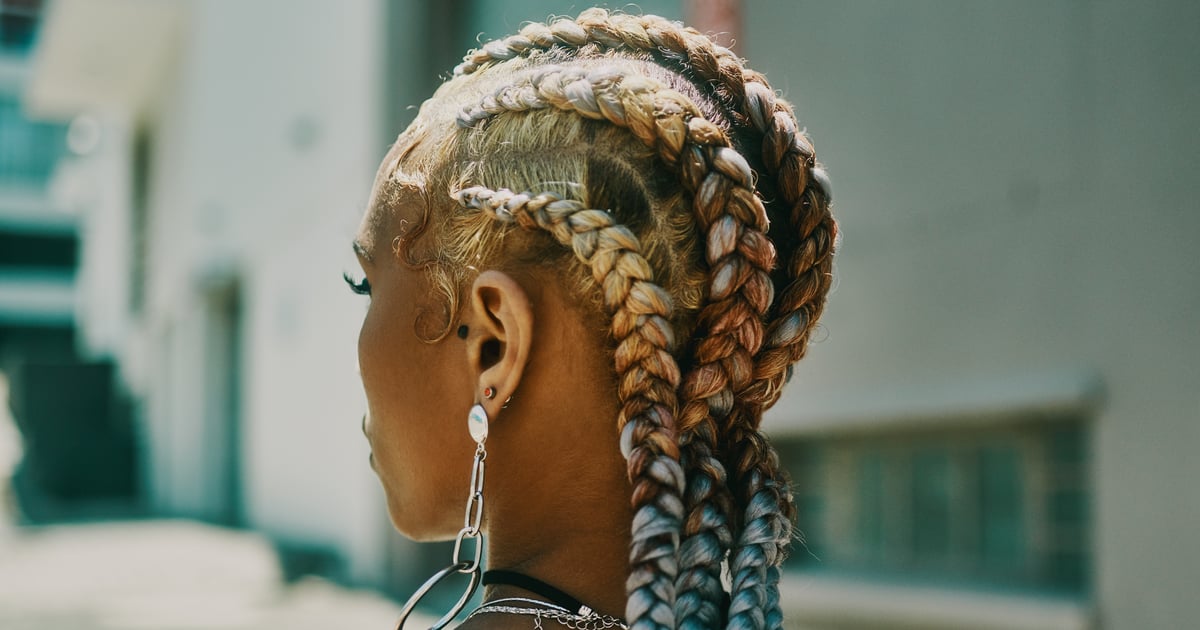 For many of us growing up in the early aughts, traditional cornrows were a quick style that could last through a chaotic grade school day. With some children — definitely not referring to ourselves here — returning home from school with completely different hairstyles than they left with, cornrows were a classic, clean, and dependable style that could last quite some time. Since then, we’ve been introduced to different variations of the look. Our favorite yet: the “designer cornrows” trend.

Known as designer braids, these styles incorporate different shapes into traditionally straight-back cornrows, letting you put your own twist on the typically straightforward look. With search terms like “heart braids black girl” up 374,426 percent on Pinterest, it’s safe to say that the interest in customizability has skyrocketed, and experts agree. “Designer cornrows are going to make another comeback,” Dr. Kari Williams, trichologist and celebrity hairstylist, previously told POPSUGAR. “With new artists in the marketplace, I expect to see new beautiful twists on the creative braiding styles we’ve seen in the past [this year].”

Cornrows have evolved from a status symbol to a protective style that can be highly individualized, and that’s what makes this style especially appealing. People have gotten everything from intricate arrow-shaped designs to more simple looks like stitch braids in bold colors to make the style stand out. But the look is more than a timesaver and has long held roots in the Black community.

“Cornrows date back to over 3,000 years for women and for men, going back to parts of Africa,” Camille Friend, hairstylist and HASK ambassador, previously told POPSUGAR. Not only were cornrows used for aesthetic purposes, but they were also indicators of social position, marital status, or what community someone belonged to, among many other signifiers.

If you want to get ahead of the trend — or just want an excuse to plan your next protective style — we’ve rounded up some of the best designer cornrows on Instagram, ahead.