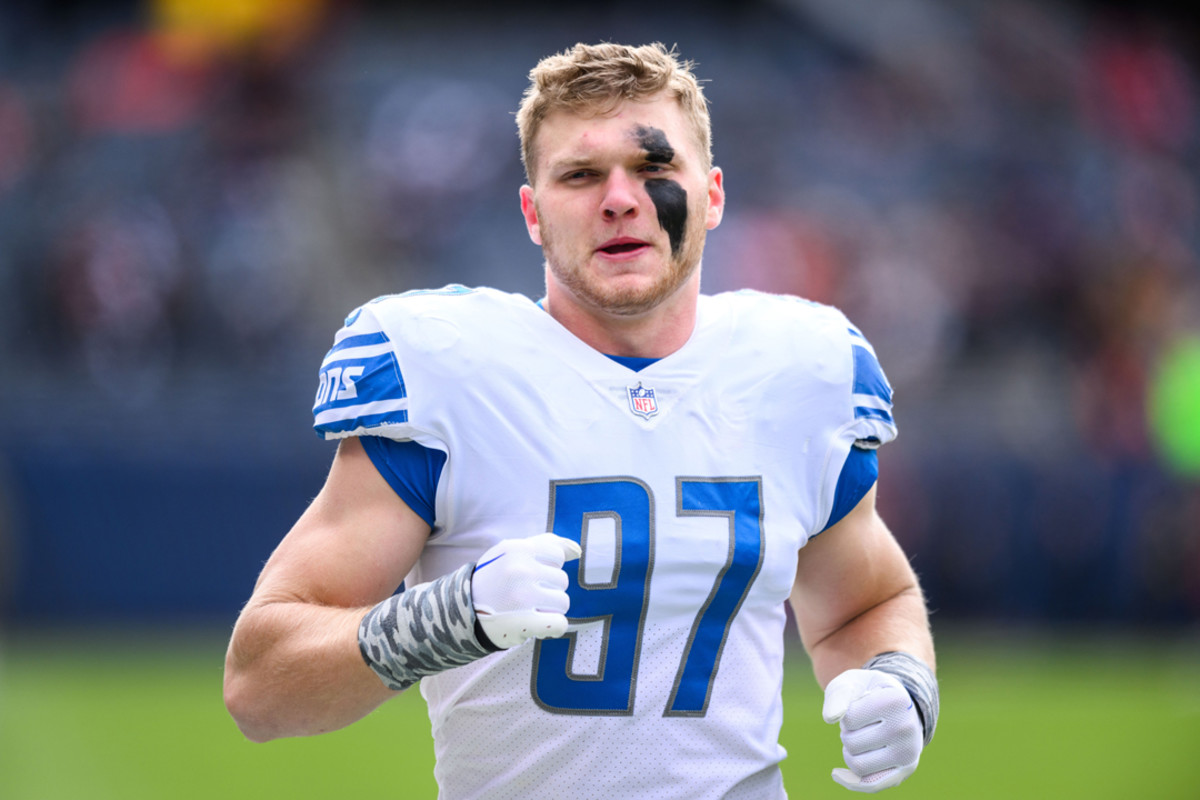 EDGE Aidan Hutchinson and safety Kerby Joseph were the headliners for the Lions’ rookie class on Sunday against the Giants.

Without further ado, here are the grades for the rookies that suited up for Detroit Sunday.

Hutchinson came through with another high-level performance on Sunday.

In his 10th game as a pro, the Michigan product recorded his second career interception (returned it for 20 yards), and also recovered a fumble and logged a pass defense. For his efforts, he earned an 85.6 overall grade from Pro Football Focus, the third-highest PFF mark among all Lions players in Week 11.

Hutchinson is now just the second player in NFL history with five-or-more sacks (stat became official in 1982) and two picks in his first 10 career games. The only other individual with such stats through their first 10 NFL games: six-time Pro Bowler Leslie O’Neal.

Through his first 10 games, Hutchinson has lived up to the billing of the No. 2 overall pick in the 2022 NFL Draft.

Joseph and Hutchinson were the co-stars of the Lions’ rookie class Sunday.

Joseph, just like Hutchinson, finished the Week 11 tilt with an interception (returned it 38 yards), and posted the fourth-highest PFF grade of all Detroit defenders in the contest (69.2). The pick was Joseph’s third interception on the season.

Additionally, he logged 51 coverage snaps against the Giants, and allowed zero receptions (on one target).

With his standout performance Sunday, the 2022 third-round pick became the first player with three interceptions and two forced fumbles through 10 career NFL games since cornerback Kyle Fuller in 2014.

Joseph has developed a knack for coming up with the big play, and subsequently, he’s become a difference-maker for Aaron Glenn’s defense. And, Sunday was just the latest example of it for the former Illinois defensive back.

Sunday was far from one of Rodriguez’s best performances as a pro.

Additionally, for his subpar efforts in the Week 11 contest, “Rodrigo” received the third-lowest PFF grade among all Lions players (34.7).

The 2022 sixth-rounder has been battling through an elbow injury, and even had to miss Detroit’s Week 10 divisional tilt with the Bears because of it. So, at this point, the hope is that he just gets healthy for the remainder of the season.

Mitchell’s streak of at least one catch per game ended Sunday at three games.

Mitchell also recorded the third-lowest PFF grade of all Detroit offensive players for the week (53.0).

It wasn’t a memorable game for the 2022 fifth-rounder, and it’ll be interesting to see if he is deployed in the passing game at all on Thursday against the Buffalo Bills.