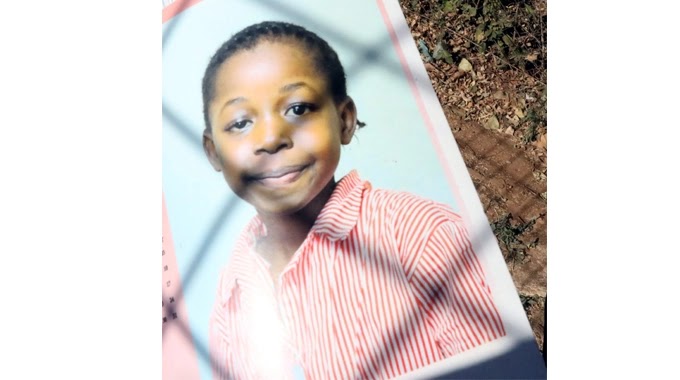 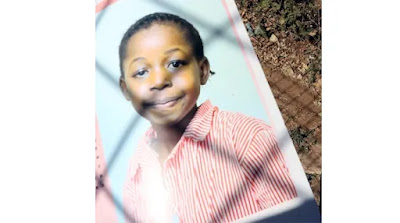 In another spine chilling incident, two vicious Boerboel
dogs mauled a six-year-old girl to death on Wednesday at the family’s rented
home in Matsheumhlophe suburb. This is the second incident in Bulawayo where
dogs have killed people following the death of Mr John Gavhera of Selbourne
Park who was mauled by his two Boerboels after they reportedly mistook him for
an intruder in May this year.

In the latest fatal
incident, the girl, Moleen Ndlovu was home alone in a cottage which her parents
are renting in Matsheumhlophe when the two dogs owned by the landlord ripped
her neck which led to her death at around 7AM. While dogs are meant to protect
people, dog trainers and experts have warned that some of the breeds can be
aggressive to people including their owners.

Some of the breeds considered to be aggressive and
dangerous include Boerboels, Pit Bulls and Rottweilers, among others. Bulawayo
provincial police spokesperson Inspector Abednico Ncube confirmed the incident
yesterday.

He urged residents to build kennels for their dogs.
“Investigations are being instituted into a case of sudden death where
6-year-old Moleen Ndlovu was bitten by dogs to death. The case occurred in
Matsheumhlophe suburb, Bulawayo and the dogs belong to the house owner whilst
Moleen Ndlovu is a daughter of a tenant at the same house,” said Insp Ncube.

“On the 24th of August 2022 at around 7AM hours, the now
deceased left the cottage going to the main house intending to check whether
there was electricity. The cottage is about 100m from the main house and there
is a gate demarcating the cottage and the main house. The owner of the house
heard the now deceased screaming and she looked out through the window and saw
their two Boerboel dogs attacking her.”

Insp Ncube said the owner of the house failed to restrain
the dogs when she went out of the main house. “One of the dogs released the
deceased but the other one resisted and dragged her for about 10 metres and
left her dead.”

The father of the girl Mr Josiah Ndlovu told Chronicle’s
sister paper, B-Metro that his daughter died when he was not home.

“As usual we had left her at home at around 06.30am
yesterday (Wednesday) and went to work,” he said.

Mr Ndlovu said while he was at his workplace, he received a
shock call from his landlady and he sensed that something was wrong at the
other end of the call. “I heard people in the background and it quickly
occurred to me that there was something bad that had happened. I tried to ask
but they could not tell me and she only said I have to return home because
something bad had happened at home, then I had to return home,” he said.

“When I got home I
found that my child had died. They told me that the dogs bit her in the neck
and ripped it open. My landlady and another woman tried to restrain them but
they failed as the dogs continued attacking her.”

Mr Ndlovu was at a loss for words as to why the dogs
attacked her since she used to play with them. “To me it’s a shock as to why
they turned on her because she has been playing with them and they knew her.
It’s a shock how they mauled her to death,” he said.

Recently, the Society for Prevention of Cruelty to Animals
(SPCA) animal welfare officer Mrs Berry Oosthuizen said pet lovers should not
keep aggressive dogs without understanding their behaviour and temperament.
“Dogs that usually attack people are Boerboels largely because most dog keepers
don’t understand this type of breed. These dogs are not a breed that is
supposed to be locked in small cages or kept in small properties because this
is what makes them aggressive,” she said.

“They get frustrated and this is why they end up biting
people. No dogs are born aggressive, but are only made aggressive by people who
don’t properly understand them. Educating the public on how to keep dogs
properly is what is needed.”

The officer in charge of the ZRP Bulawayo Canine Section,
Inspector Mzimkhulu Ncube recently told Chronicle that boerboels easily forget
and they are very dangerous and hostile, particularly to children. “We actually
prefer dogs that we train so that we achieve what we want, which is why we have
Labrador Retrievers and German Shepherds in the police service. Boerboels and
Pit Bulls forget easily, which is why we don’t keep them,” he said.

“In most cases, these are the same dogs which attack people
in homes because they are jealous. These dogs once they form a bond with their
owner, they become aggressive and attack anyone who gets closer to him or her.”
Chronicle