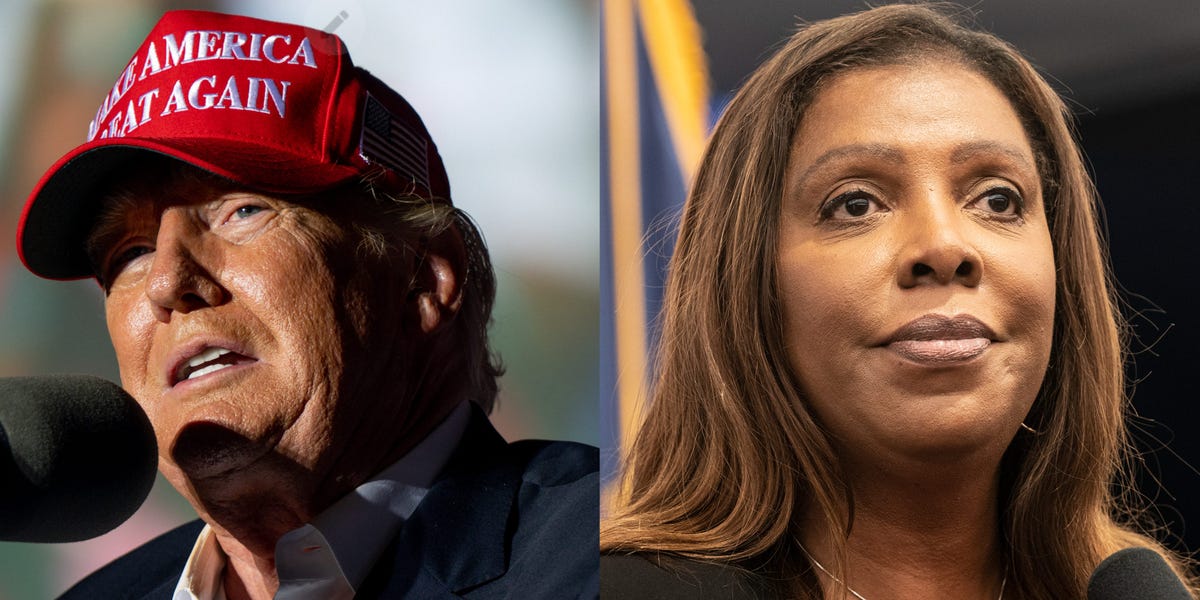 Donald Trump may personally take the stand in Manhattan next year to defend his real-estate and golf-resort empire from New York Attorney General Letitia James’ $250 million fraud lawsuit, which seeks to bar his family from doing business in the state.

The revelation came on Tuesday as lawyers for Trump and the attorney general’s office clashed heatedly in court over setting a trial schedule.

The trial could determine whether Trump and his three eldest children, Donald Trump, Jr., Ivanka Trump, and Eric Trump, can ever run a corporation in the state again; it is scheduled for October 2, 2023.

Since his presidency, Trump has shunned publicly testifying or even being privately deposed in the many lawsuits he has been involved in.

He most recently fought being deposed and testifying in a case that settled in the Bronx this month, instead giving taped testimony that would have been played in lieu of his live testimony had the case gone to trial.

But now, James’ lawsuit is threatening the very survival of his Manhattan-headquartered business.

“They will be here,” said lawyer Alina Habba, who represents the company and Trump himself. “All of them.”

Asked by Insider outside court if Trump would in fact testify at the trial, Habba did not deny it. Later, she backpedaled, saying in an email, “I do not know at this point.”

Trump would prefer the case be tried by a jury of Manhattan residents, the lawyer also revealed.

His company is currently also on trial before a Manhattan jury on tax-fraud charges; that case continued Tuesday with testimony from an outside accountant who handled tax matters for Trump and the company.

“Donald Trump and entities would like to have a jury trial,” Habba told the judge.

The judge reserved decision on the bench versus jury trial, though he seemed amenable to what Clifford Robert, a defense lawyer for Donald Trump, Jr., and Eric Trump, called a “bifurcated” trial.

The two sons and Ivanka Trump are also named as defendants in the attorney general’s lawsuit.

Outside court, Habba told Insider that it’s not unusual for Trump to want to testify in his own defense; it’s just that so many of the cases he has been involved in have settled prior to trial, she said.

It was a fiery hearing before Engoron, who began the proceeding by chastising the lawyers for Donald Trump and for his three eldest children, who are also defendants in the case.

The defense is seeking to have the attorney general’s lawsuit dismissed, but is using the same arguments that were unsuccessful in his own courtroom and later on appeal, Engoron told defense lawyers.

“I think it was Yogi Berra, unless it was Casey Stengel, who said, ‘Deja vu all over again,'” Engoron told the defense.

“I don’t know why I, my staff, not to mention the attorney general’s staff need to go through this all against. It’s like jumping through the same hoops.”

The disagreement accelerated, with Habba accusing the judge of making a predetermined decision on her latest motion to dismiss.

Habba has twice tried to get Engoron removed from the case as presiding judge, first by asking to have the case transferred to the state court system’s commercial division, and later by arguing the judge recused.

Both efforts failed, something Engoron reminded Habba of Tuesday when she again said she opposed his presiding over the case.

“You’ve already lost that motion, Ms. Habba,” he told her.

November 22, 2022: After this story’s publication, Donald Trump’s lawyer said her remark in court that all her clients would testify was not confirmation that Trump would appear in court. She later emailed Insider that she doesn’t know if he’ll testify.