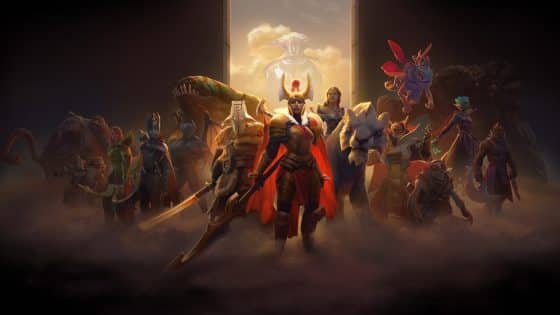 All the most important item changes to drop in Dota 2’s Patch 7.32.

Typical for Valve, the company decided to surprise Dota 2 fans and professional players with a massive patch in the middle of ESL One Malaysia 2022. We didn’t know whether there would be a new patch for TI, but it seems like teams will have to get used to it before the biggest Dota 2 event.

Patch 7.32 brings tons of new changes. Aside from the general ones, there are loads of news about different heroes, as well as the items. The latter is one of the most important parts of every new patch, which is why we will look closely at everything new.

With that said, check our general overview of 7.32, where we’ve included the most critical information. Needless to say, the new patch will have an effect on a lot of things, including Dota 2 betting, because some teams might need time to get used to the changes.

Patch 7.32 brought many changes to some of the most important items in the game. Before we cover the new additions, we’ll take a look at some of the general items and the things you need to know about them.

Be sure to read the full patch notes because we’ve only covered some of the more important changes. For example, items like Radiance now have a 15% burn miss chance, which is pretty good.

This is one of the must-have items in every patch because it allows heroes to become immune to most abilities in the game. Although the item has the same effect in the new patch, it requires 50 mana to use. This may not seem a lot, but it will have an impact on some of the typical BKB users, such as Phantom Assassin, Terrorblade, and so on.

While BKB gets a nerf, Blade Mail receives a considerable buff. The Dota 2 patch 7.32 made the item last for 5.5s instead of 4.5s, which is one extra second! This is great news for heroes that usually go for this item, such as Axe and Legion Commander.

Bloodstone was a must-have item for many heroes, such as Storm Spirit, but the item was not that popular in the last patch. Valve decided to change that by lowering the recipe’s cost to 700 (it was 900). Furthermore, the active spell lifesteal multiplier is now 2.5 instead of 2, which should be enough to put the item on the map.

People who want to buy this item will now have to get a Belt of Strength, Balde of Alacrity, and a 450g recipe. The item gives a +150 attack range and +15 agility, and it costs as much as before.

Even though Midas is one of the items whose effect frequently changes, this time, it is for the better. If players use it on a neutral creep, the latter will drop an item if it is available.

MoM is an item that makes some heroes go berserk, and it seems like it is back in action. The newest Dota 2 patch increases the item’s lifesteal from 20% to 24% on heroes. However, MoM will only affect creeps for a 12% lifesteal, which means it won’t be as effective.

One of the game’s best support/offlane items now costs 100 less than before in total and has a 15 seconds less cooldown. This may not seem a big deal, but it should make the item more popular.

Like most other lifesteal items, this one is also increased from 25% to 30%, and it has a half value for creeps. Interestingly, Unholy Rage now has a 145% lifesteal instead of a 150%, but the total percentage is still 175%, which is better than before.

After covering some of the important changes to the regular items, it is time to focus on the neutral ones. Do not forget to read the full patch notes because we won’t be able to cover everything in this article.

Patch 7.32 gave us access to a couple of new Neutral Items, so let’s take a look at them.

This is a Tier 1 item that provides + 100 HP passively. Furthermore, the item has an active effect that targets the ground and provides + 8 HP regen to everyone for 14 seconds. With a 40s cooldown, this item is easily one of the best for the laning stage and for certain heroes.

This is another Tier 1 item that gives + 200 mana. It has a passive effect that gives +15 damage and a 12% or 6% slow for melee/ range herpes when attacking a target that is not facing you. In other words, this item is great for chasing heroes.

The last new T1 item you can get will give you 5 to all stat. The passive ability allows the wearer to get 0.5 mana regen each time someone attacks it. This effect stacks up to 5 times and lasts for 10 seconds.

Eye of the Vizier

This is a tier 2 item that gives a +125 cast range, but it has a -20% max mana penalty. In other words, the item will only work for some heroes.

The second new T2 item gives +8 to all stats and +10 attack damage. Interestingly, this item also has a passive effect that allows the target to fire two projectiles at 2 additional targets. However, the effect only works on ranged heroes and does not include any attack modifiers. Furthermore, it has a 12-sec cd.

The last new T2 item gives +10 attack speed and allows the hero to gain +40 damage for 8 seconds. However, using this item will cost its wearer to lose 100 HP during the effect. It has a 30s cooldown.

This is the only new T3 Neutral Item in the game, at least in patch 7.32. This thing gives +12 STR and has an active effect called Ogre Seal Flop. When used, it will deal 150 damage and slow enemies by 100% for 1 second on each bounce. The bounce itself has is 400 range and costs 75 mana. It has a 40s cooldown and will destroy trees.

Aside from the new items, patch 7.32 in Dota 2 removed some of the neutral items we were used to. This includes the following:

Follow us for more news, guides and even Dota 2 betting tips, and keep an eye out for our upcoming articles about the latest hero changes.