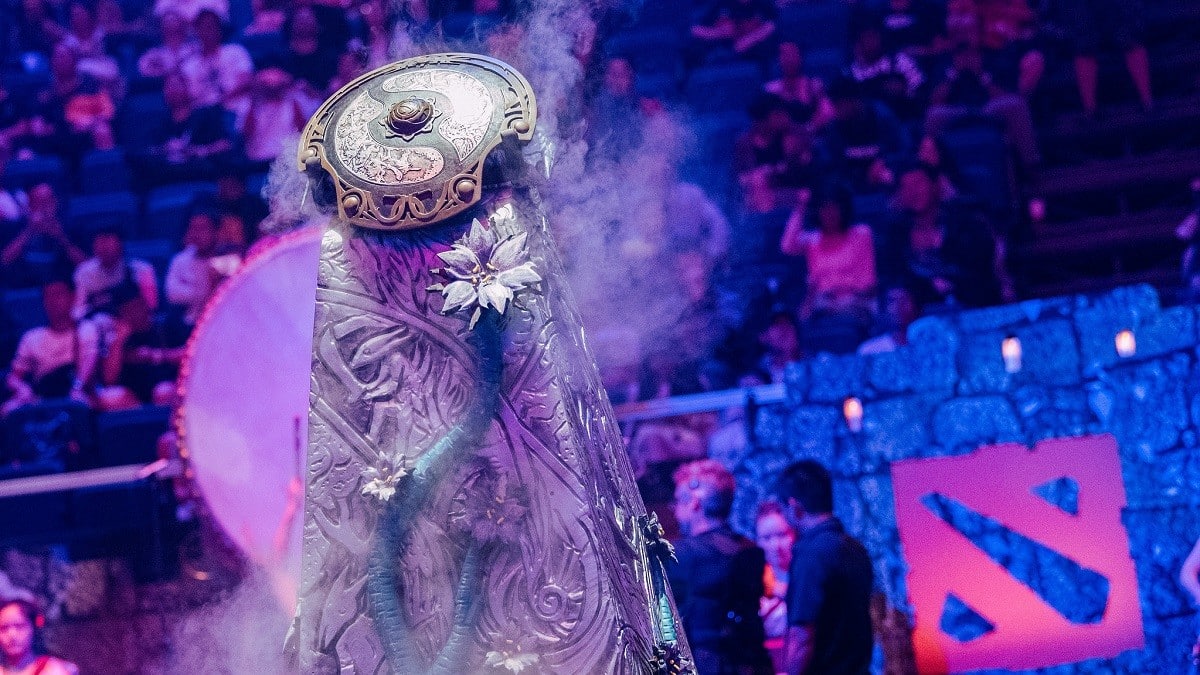 South America might be one of the least-interesting regions to watch, but there are a couple of teams that definitely stand out. Following Tour 1, 2, and 3 of the DPC, Thunder Awaken and beastcoast because the first two teams from the region to receive an invite for The International. The two powerhouses gained the needed amount of DPC and will head over to Singapore.

Despite the direct invitations, The International has a couple of slots left. Unsurprisingly, South America is one of the regions that got the chance to send one more team.

The qualifiers took place over a couple of days and ended today. We know that you are eager to see what happened, so let’s go through some of the most interesting results. Don’t forget to check the current Dota 2 betting sites if you want to place bets on one of the biggest esports.

As mentioned earlier, beastcoast and Thunder Awaken are the two big names that are always the favorites in SA. Although Infamous hasn’t had the same success lately, people regard it as the third best in the region. Consequently, we weren’t surprised that David “Parker” Flores and the rest secured the third slot for TI.

Infamous had an epic journey through the Upper Bracket, where it had to face some of the best teams in the region. It all started with a match against Ravens, a team that is notorious for its explosiveness. Sadly, the roster had some problems, which allowed INF to get a free victory in game one. Almost the same happened in game two, which is why INF won the match.

Following the victory against Ravens, the next challenge for Infamous was SG esports.  There were times when this team was regarded as one of the best, so we weren’t surprised the series was very close. In fact, both games here lasted for almost one hour as both teams gave everything they got. However, Infamous had more luck that day and sent their enemies to the Lower Bracket.

In the Upper Bracket Final, Infamous had to go up against Tempest, a team that defeated Infinity and Hokori before that. We expected to see an exciting series, but Infamous was way better and had almost no problems. The first game was more interesting because of the battle between Medusa and Terrorblade, but in the end, INF won, heading in to the Grand Finals after an undefeated run.

Competition was fierce in the lower bracket. Being in a position where you are one loss away from not going to The International is definitely not fun. Hence, every team here did everything it could to bounce back.

Speaking of teams, a few stood out, but in the end, Hokori was victorious. For example,  Mad Kings looked like one of the main contenders for a spot in the Grand Finals. The team had a couple of challenges ahead of it and won several important matches.

It all started with a victory against Infinity in R1 of the LB. We didn’t expect this to happen, but the team from Division II played two clean games and definitely deserved the victory.

The next challenge ahead of them was Wolf Team, the Brazillian powerhouse that many people considered the favorites. Although we expected two fast victories, the series turned out to be a three-game deathmatch. Luckily for Mad Kings, the team won the first and the third match, allowing them to advance.

Sadly, the next challenge ahead of Mad Kings was none other than Hokori. Those who’ve followed the South American Dota 2 scene up close are aware that this was one of the main contenders for the first spots in Div 1. Unsurprisingly, Edward “Lumière” Valencia and the rest were the better team and eliminated their opponents after two easy victories.

Hokori’s victory against Mad Kings allowed the team to advance to the event’s next stage. Before it got the chance to prove itself against Infamous, Hokori had to defeat its executor in the current qualifiers – Tempest. Unsurprisingly, this was one of the most interesting series to watch because João “4nalog” Giannini and the rest were eager to take revenge.

It seems like luck was on their side because Hokori actually got a free victory against Tempest. The latter were unable to participate in the event because of connection issues. Even though the team tried to resolve its problems, its efforts were not enough, and Valve decided to give it a default loss.

Leaving the event after such a loss is devastating, especially when you have already defeated this opponent. However, this gave Hokori the chance to take part in the Grand Final.

After receiving a free win, Hokori got the chance to play in the Grand Final where it had to face Infamous. Two of the best teams in the region had to go face to face, so it was extremely interesting to see what would happen.

The first game between the two was fascinating as we got the chance to watch tons of cool heroes. Infamous definitely relied on the late game because they went for Morphling. Hokori also guaranteed themselves a good late game by getting TB, but they also had a decent mid-game matchup. It seems like this was the right formula to success because 4nalog and the rest successfully defeated their opponents. It wasn’t easy, but game one was in their favor.

The second game was even easier for Hokori because the team simply had a better draft. Instead of focusing on heroes that require a lot of skills and are hard to use, they’ve picked Huskar and Sven as cores. Furthermore, they’ve paired the two STR monsters with Omni, one of the best supports in the meta.

Unsurprisingly, the team dominated in the early and mid-game and gained a massive advantage. Their opponents tried to slow down the game’s pace so that their Morphling could bounce back. However, this didn’t happen, and Infamous lost game 2.

The final match between the two was the longest and it was full of action. Infamous were in the driving seat for a bit, but in the end, Hokori won the map and won the qualifiers. The players will join Thunder Awaken and beastcoast in Singapore.