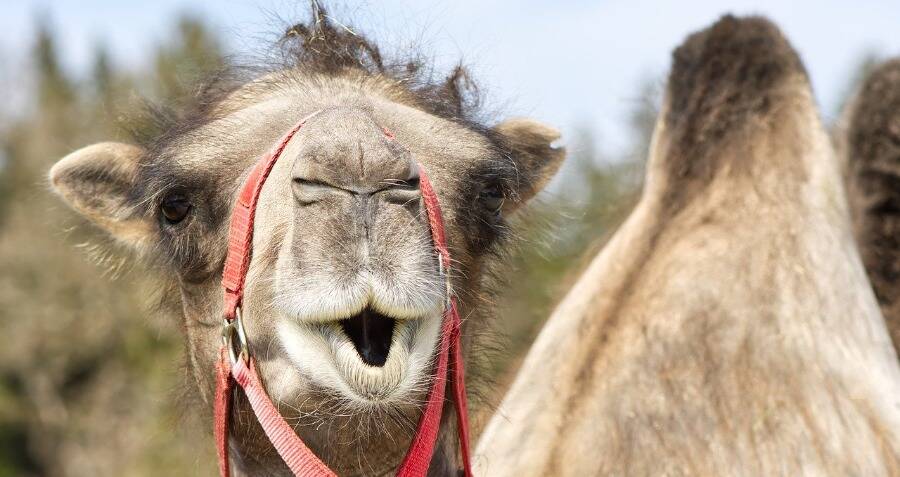 Humans sometimes use Botox to preserve their looks. Animals, not so much. But dozens of camel owners in Saudi Arabia were ejected from the King Abdulaziz Camel Festival this year for using Botox to beautify their beasts.

Officials tossed 43 camels from the competition after finding that their owners had tampered with their appearance. Competing for prize money of $66 million, the owners injected Botox into the camels’ lips, nose, jaws, and head, used collagen fillers to enlarge their lips and noses, and utilized hormones to encourage muscle growth.

The owners even relied tactics like rubber bands, which they strategically placed on the animals to restrict blood flow, thus making certain body parts seem bigger than normal.

“The [Saudi Camel Club] is keen to halt all acts of tampering and deception in the beautification of camels,” reported the state-run Saudi Press Agency. Organizers of the contest, they said, would “impose strict penalties on manipulators.”

Judges came across the widespread cheating during an inspection of the camels. The animals were first evaluated for their appearance and their movements before they underwent a more thorough examination.

At that point, the camels were examined with X-rays and 3D ultrasound. Judges also took samples from the camels for a variety of other tests, including genetic analyses.

Thus, they found that dozens of the camels were not exactly as they appeared to be. After judges dismissed 43 camels for Botox and other tampering, they slapped their owners with steep fines for trying to cheat the system.

Such beautification methods can have horrendous impacts on the camels. In August 2021, horrific footage of a camel whose lips ruptured after a Botox injection went viral.

Calling the beauty contest a “cruel farce,” he added that the cheating in this year’s competition “shows the humans who use such tactics to be extremely ugly.”

The King Abdulaziz Camel Festival has run since 1999, when local Bedouins decided to hold a contest to find the most beautiful camel.

Today, the festival lasts 40 days and draws thousands of people — and their camels — from across the world. Some 33,000 camel owners from far-flung locations like the US, Russia, and France traveled to Saudi Arabia this year to compete, alongside 100,000 tourists who came to watch.

In addition to the camel beauty contest, the festival includes camel races, sales, and even a petting zoo with the tallest and shortest camels. Camel breeding today is a multimillion-dollar industry and events like the King Abdulaziz Camel Festival take place across the country — though it’s the largest in the world.

“The camel is a symbol of Saudi Arabia,” said Fawzan al-Madi, who judged the competition in 2018, the first year that judges deemed Botox an “illegal advantage.”

Though Saudi Arabia is rapidly modernizing, festivals like the King Abdulaziz Camel Festival aim to preserve and celebrate the camels’ long history in the country.

As such, it’s grating for some to see modern technology — like Botox — used in a festival meant to celebrate tradition.

After reading about camel botox in Saudi Arabia, learn about the camel that bit off its owner’s head after being left in the sun all day. Or, read about the camel carvings in Al-Jawf that are older than the pyramids.