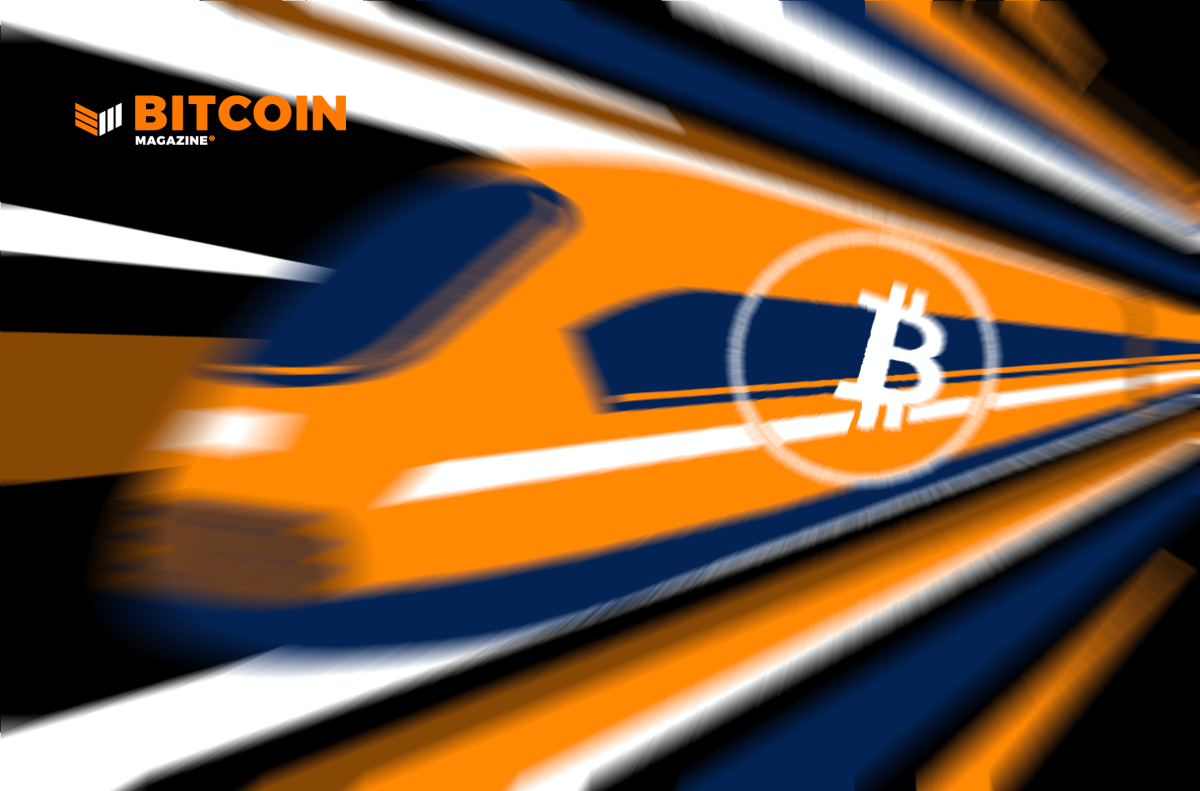 Why, you may ask? For starters South Carolina is on the verge of a financial revolution so to speak in terms of building a confluence of support for emerging blockchain technologies that can transform our state.

That’s important because although the industry was recognized in 2020 by Senator Tom Davis (R-Beaufort) with a state Senate resolution, the pandemic forced the nascent state advocacy group to postpone its first major statewide conference. However, now armed with a four year history of Wyoming style legislation, S.C. Senate Resolution 1158, and funding from the General Assembly for the State Treasurer’s Office to assess the role of digital currency literacy and emerging technologies for the benefit of the state, we have a clear direction and high-speed rail heading into the station via the member driven South Carolina Emerging Tech Association (SCETA). The SCETA Bitcoin-centric education and policy initiative SCBlockchainWeek.com is planned for the first week of October, and State Treasurer Curtis Loftis will be one of several noteworthy speakers to share their visions about how digital currency education, Bitcoin policy guidance and economic investments in Bitcoin can positively impact the Palmetto State.

Some may say that’s a lot of window dressing but not yet a first class ticket, or simply “Cool,” but here’s the next junction. In a letter to the Security and Exchange Commission (SEC), our state treasurer and 21 other state financial officers opposed the proposed environmental, social and governance (ESG) disclosure rule. Loftis also supports West Virginia State Treasurer Riley Moore leading the charge against big banks pulling back on credit for new projects in West Virginia and other states where the needs of the state don’t quite match up with the woke mentality of stakeholder capitalism whose interests and goals often conflict.

Taking on financial powerhouses like BlackRock, Goldman Sachs, Morgan Stanley, Wells Fargo and JPMorgan may sound foolhardy — but not if you’re a Bitcoiner. Wasn’t it Jack Mallers who said at Bitcoin 2022 that he can see a future where these dinosaurs become extinct if they don’t wake up to the open-source financial revolution? While the critics of this position may say this will cost taxpayers more money, I say principals are expensive. Protecting constitutional rights is not a dollars and cents or even a bitcoin and sats issue. It’s all about the cost of freedom and freedoms lost today are gone forever tomorrow.

Since when did the cost of freedom outstrip the risks of maintaining the status quo or the mainstream movement? Tell it to the colonists that founded this nation and look back on the economic freedoms that created the behemoth banking industry that is at the heart of the decentralized financial movement. We can be critical of the past and how we got here, but redistribution of wealth in 2022 and beyond is about free markets, education and hard work, not handouts.

So for Bitcoiners there’s a clear path forward. Identify the states and leadership within them that already support common causes and court them as allies in the fight against woke politics. Let’s sync our narrative with state financial officers that have taken up the gauntlet to fight against the tyranny of stakeholder capitalism espoused by the WEF, the financial institutions that align with them and fight back together. This isn’t about proof-of-work versus proof-of-stake. Just look at the policy of regulation by enforcement being waged by the U.S. Treasury against open source projects like Tornado Cash or the overreach in securities enforcement by the SEC. As an industry, we are at a crossroads. This is about survival, not letting politicians or regulators pick winners and losers in technology, and thriving once we insist on having meaningful legislation, like Lummis-Gillibrand, passed so we can innovate and maintain our leadership in world financial markets.

With that as a backdrop let’s take a look at another S.C. favorite son, Senator Tim Scott (R-S.C.) and his Opportunity Agenda.

As a single voter issue there are not many other incumbent members of Congress that you may want to get to know from the standpoint of policy already aligned with Bitcoin. They just don’t see that yet.

Let’s court Sen. Scott and educate leadership on how Bitcoiners are working tirelessly to do the exact same things, not just domestically, but globally. Let’s all learn together from the experiment in El Zonte and Bitcoin Beach. We should educate ourselves on how Galoy has developed an open-source wallet to create a community bank with Bitcoin and provide custodial services for their trusted leadership to HODL their Bitcoin for their communities benefit and long-term wealth creation. Show them how you can transfer any amount of Bitcoin, $10 in sats or just one satoshi, instantly, with no bank involved. You can’t do that with Zelle, Venmo, PayPal, Cashapp or any other service today that isn’t the Lightning Network. That’s huge!

In South Carolina some of the areas where 135 opportunity zones have been designated may look to out of staters like developing countries. In a lot of S.C. rural areas residents still deal in cash and cannot get a bank account. In upstate counties, infrastructure left behind by the migration offshore of the textile industry are stranded resources, otherwise unused or underutilized as part of the electricity infrastructure that powered that industry. Facilities that once employed hundreds and even thousands are now warehousing, ironically enough, solar panels.

Let Bitcoin lead in those areas ripe for redevelopment with the mining industry in front. They bring hard dollar investment and innovation to any place they locate. The growing number of state associations should be supported by Bitcoiners and can work with local businesses to educate them so mining operations in these areas can pay local vendors in Bitcoin and create a flow of new bitcoin into the community while local high schools open their STEM programs up and develop #STEMFORALL curriculums with MiPrimerBitcoin-type programs teaching anyone that wants to learn.

And let’s change the lexicon a bit. Mining requires explanation, but when you first explain to a politician about how transactions are generated through a “digital asset data center,” (DADCs) they get it immediately. We can share the nuances later. We are in a race with well-established lobbying interests from banking to climate and they don’t care about your personal freedoms. DADCs form the base for a Bitcoin circular economy to develop in partnership with local leaders to break the chain of poverty.

Here’s a final thought. In both South and North Carolina we have political leaders that jumped on board the centralized model of data centers. These are massive facilities built by Google, Apple and others that have become household names that require even more natural resources and just as much electricity as DADCs. In a push to get more, both states crafted tax incentives to bring in more. But that didn’t happen.

Manufacturing incentives are still bringing home the bacon with industry flocking into the Southeast. Economic developers know they can add more jobs with manufacturing and give up less power rather than data centers but when these laws were written no one ever contemplated the production of an intangible asset and the pursuit after that industry. Think about that.

So let’s get this train moving. SCBlockchainweek is very pro-Bitcoin and just in time for the midterms, and right after that, presidential candidates will begin coming through early for the primary. There are photo ops, town hall meetings, BBQs, shrimp boils and established political strategists testing concepts in S.C. Why? Because it’s less expensive to lobby in South Carolina. Just about every whistle stop is an hour and a half from Columbia S.C., the state capital, and we pick winners on both sides of the aisle in South Carolina. Let’s run this Bitcoin policy bullet train into the stations that align with Bitcoiner values and impact national policy the old fashion way, as a ground swell of support that tells state legislators what matters to their federal counterparts, making it happen through the power of incumbency. Take a small state with political muscle, add a cohesive national dialogue that benefits the heartland as well as the inner city and let’s beat the banks and the special interest groups at their own game.

This is a guest post by Dennis Fassuliotis. Opinions expressed are entirely their own and do not necessarily reflect those of BTC Inc or Bitcoin Magazine.