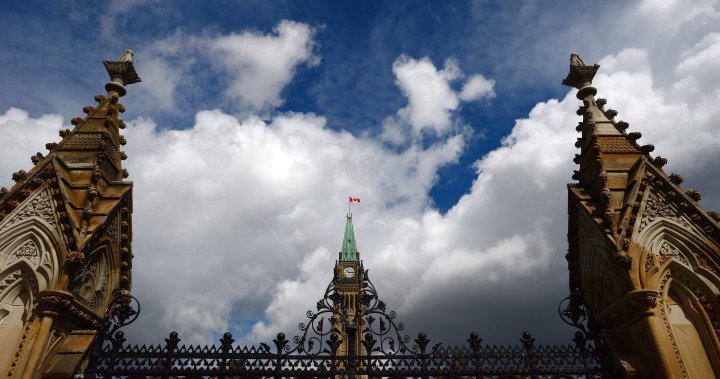 Ottawa police arrested a driver after what they describe as an unauthorized vehicle drove into the front gates of Parliament Hill early this morning.

Police say a vehicle rammed into the gates outside the legislature at about 3:30 a.m. Eastern and security infrastructure prevented it from entering the grounds.

An officer was nearby and took the driver into custody without further incident, the police statement says, and charges are pending.

The Ottawa Police Service says it is leading an investigation in collaboration with the Parliamentary Protective Service that oversees security on the Hill.

The incident appears to be unrelated to another crash later Wednesday morning that saw an amphibious tour bus busting into the gates outside 24 Sussex Drive, the unoccupied official residence of the prime minister.

Unlike at 24 Sussex, where rubble and a large gap in the middle of the fence could be seen, the gates at Parliament Hill suffered minimal damage.