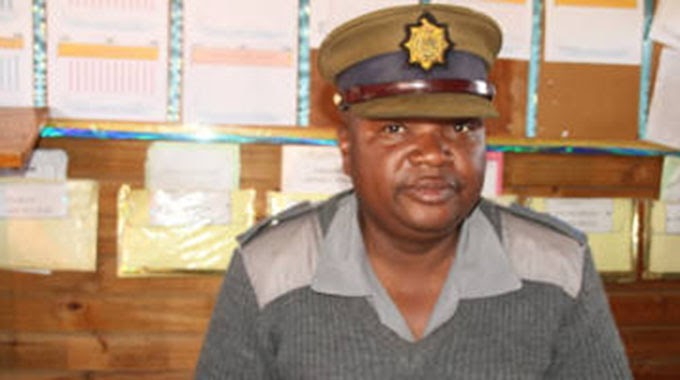 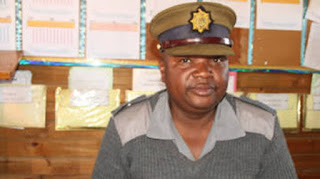 TWO police officers were badly bitten and one escaped
unhurt when a suspected drug peddler in Dangamvura, Mutare, set four vicious
dogs on them as he tried to evade arrest during a raid on his house.

The suspect and two alleged accomplices from Harare were
eventually arrested after the attacked cops called for reinforcements from
Dangamvura Police Station.

Armed with FN rifles, the back-up party arrived at the
scene and shot the dogs, resulting in one of them dying.

Sensing defeat, the suspect quickly locked up his dogs in
the kennels and surrendered.

Police then searched the house and reportedly recovered
sachets of dagga, crystal meth (commonly known as mutoriro) and several other
drugs.

On Friday last week at around 9am, police received a
tip-off from an anonymous caller that Chitsengamhanje was dealing in drugs at
his residence in Dangamvura.

A police team went round disguised as buyers. The
three-member team found out that the house was secured by a precast wall and a
big metal gate, but when they knocked Chitsengamhanje advised them to come in
using the small gate.

Two officers entered the yard and one bought a sachet of
dagga. While this was being bought, the other officer identified himself to the
suspect.

Realising that he had been caught red-handed,
Chitsengamhanje left the room from where he was selling the drugs and rushed to
the kennels in an attempt to unleash his dogs on the cops. But the officers
quickly intercepted him so he called Chinhoyi, who then came out of the main
house and opened up the kennels as instructed by Chitsengamhanje, who was being
held by the two police officers.

“There were four dogs in the kennels which were let loose
and they attacked the police officers,” said Insp Muzondo.

One of the cops was bitten on both legs by the vicious dogs
while the other one was bitten on the right leg and sustained deep cuts. After
the cops sprinted out of the yard for safety, the suspect locked his gate and
started burning some of the dagga to conceal evidence. Some of the suspected
drugs were also thrown on top of the roof.

Reinforcements then came from Dangamvura Police Station and
Chitsengamhanje was ordered to open the gate, but he refused resulting in the
police officers forcing their way into the yard.

“Upon realising that the cops had opened the gate, he
rushed to the kennels and set loose his dogs again. “In the face of the dog
attack, the cops shot the animals with an FN rifle and killed one of them. The
suspect quickly surrendered and locked up his dogs.”

A search followed and 125 sachets of dagga were recovered
plus 130 sachets of crystal meth weighing 50 grammes and 50ml of Ledocaine.

As the cops were about to escort the two accused persons to
the police camp, a third suspect, Mwachitamba, emerged and tried to attack the
police officers in a bid to cause the unlawful release of his accomplices,
without realising that the cops were armed.

When he was shown the rifle he quickly surrendered, was
searched and three sachets of dagga and two of crystal meth were recovered from
his pockets.

Insp Muzondo thanked the public for supplying information
that led to the arrest of the three suspects.

“We will win this war against drug peddlers. Some of the
houses in Mutare are being used as bases where people congregate to consume
these dangerous drugs especially Mutotiro.

“We are determined to bring these notorious peddlers to
book.

“The bravery which was shown by our officers shows our
commitment to be on top of this situation,” he said. Herald