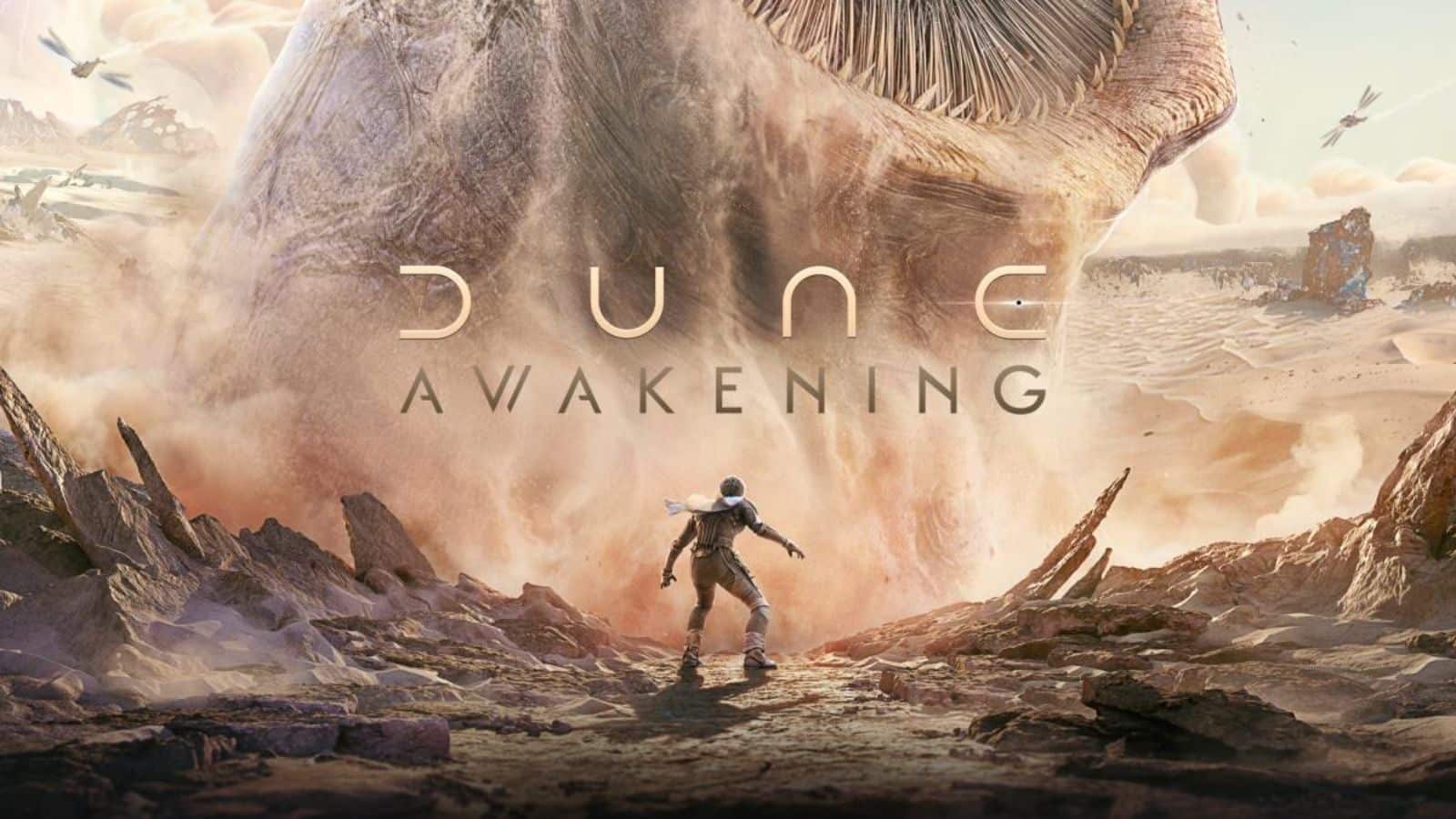 Dune: Awakening is a brand new survival MMO set in the unforgiving landscape of Arrakis. Here’s everything we know about this survival MMO.

The live opening event of Gamescom 2022 introduced the game’s announcement trailer which depicts a thrilling open-world experience in which players meet the terrible monsters lurking under the sand and the dangers Arrakis bring, all while trying to make a name for themselves.

Released by Funcom, the developers best known for Conan Exiles, Dune: Awakening will take the beloved world of Arrakis and pull it into a new survival MMO. Here’s everything we know about the upcoming game.

Dune: Awakening is a survival MMO set in a beloved world.

What is Dune Awakening?

Dune: Awakening is a survival MMO set in the well-loved world of Dune. The planet itself is the desolate desert of Arrakis and it seems just as unforgiving as many will expect.

The gameplay will involve survival against both natural and biological threats, as well as building shelters to help aid said survival.

As expected on a planet like Arrakis, scavenging fallen ships and unmapped sectors is vital to acquire money and secrets. However, money can also be made through the spice control you will need to manage. All that is combined with a beautiful open world and multiple tough choices.

Funcom revealed Dune: Awakening with a gripping announcement trailer at Gamescom 2022. It depicts large monsters, an unforgiving landscape, and a world many can’t wait to get into.

Is there a Dune Awakening release date?

Currently, there is no release date for Dune: Awakening. However, we will be keeping an eye out and updating this page as soon as one is announced.

Thankfully, there is another way to get ready for Dune: Awakening through the Beta.

While there is no specified date for the Dune: Awakening Beta, you can sign up for it already.

Head over to the game’s website and put in your email. You will get a confirmation notice which means you’re signed up for the Beta. There is no word when the Beta codes will be released, though.

What platforms can you play Dune Awakening on?

Thanks to the announcement trailer, we know that Dune: Awakening will be available on PlayStation 5, Xbox Series X|S, and PC when it comes out.

With the game being relatively large and demanding, it’s not clear if it will be available on any previous generation consoles.

That’s all we know about Dune: Awakening. While waiting for more news to be announced, why not check out some of the other upcoming releases: