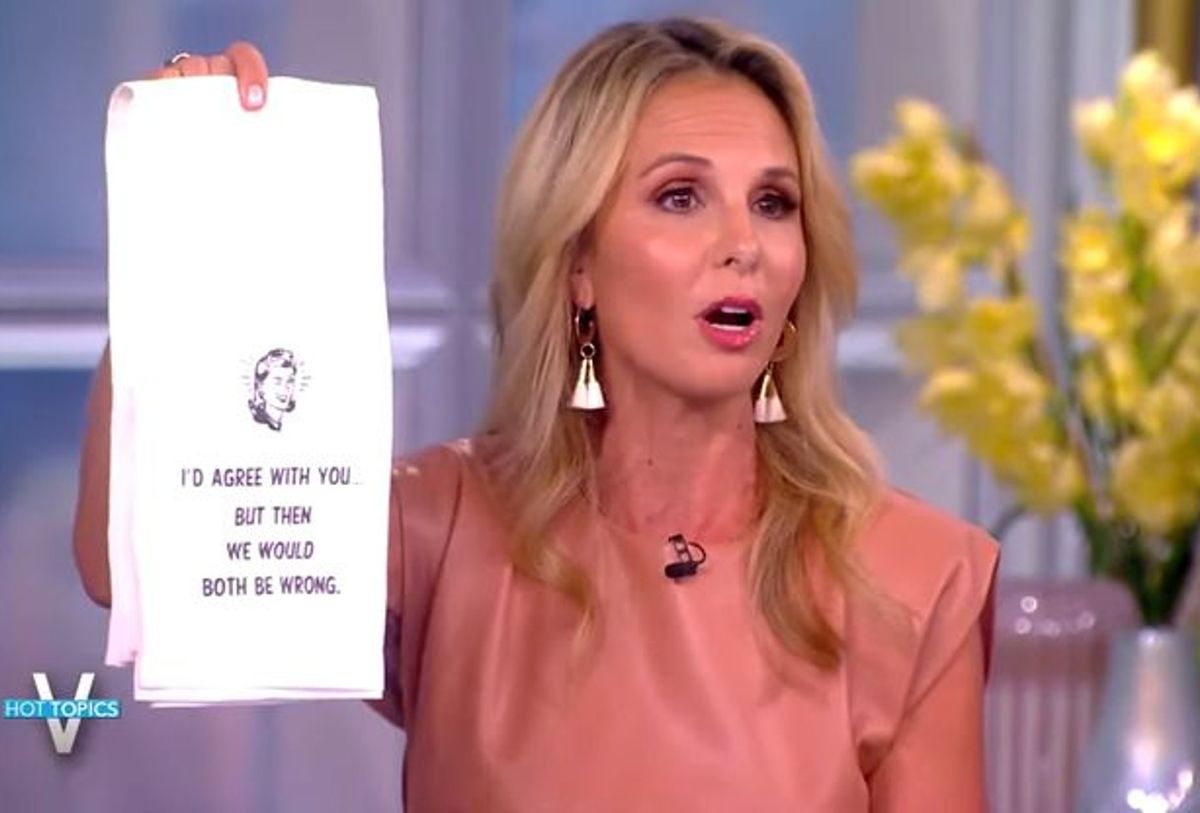 Former co-host Elisabeth Hasselbeck made a return to “The View” on Wednesday, where she clashed with fellow-host Whoopi Goldberg on matters of abortion. During the segment in which the exchange took place, Goldberg referenced the Bible to make a case for freedom of choice, and a person’s God-given ability to know what’s right for them when it comes to giving birth; which lead Hasselbeck to break out a prop to demonstrate her own views on the matter.

“I will say this, life has a plan and a purpose designed by God. I don’t believe there’s any circumstance where we should give the death penalty to an innocent life, and that’s why I brought this towel.”

From here, Hasselbeck produces a white hand towel with the words “I’d agree with you, but then we would both be wrong” written on it.

“Elisabeth Hasselbeck literally threw in the towel during her return to The View,” writes People on Twitter, along with a photo of Hasselbeck and her prop.

“I believe our creator assigns value to life, and that those lives have plan and purpose over them as designed by God that are not limited to the circumstances of conception, nor the situations they’re born into,” Hasselbeck said at the top of the segment dealing with abortion. “But I do think there are options out there. There are thousands of agencies that wrap around women that might not be able to care for the baby once born that will come around at no cost.”

Lightening the mood, Goldberg later thanked Hasselbeck for being “her first conservative” to have such conversations with, to which Hasselbeck jokingly replied “I was your first?” She then closed out the conversation on a more serious tone saying “Hold your issue in one hand and hold the hand of your friend in another. If we can’t do that as a society, we’re really teaching our kids the wrong way to talk about hard things.”