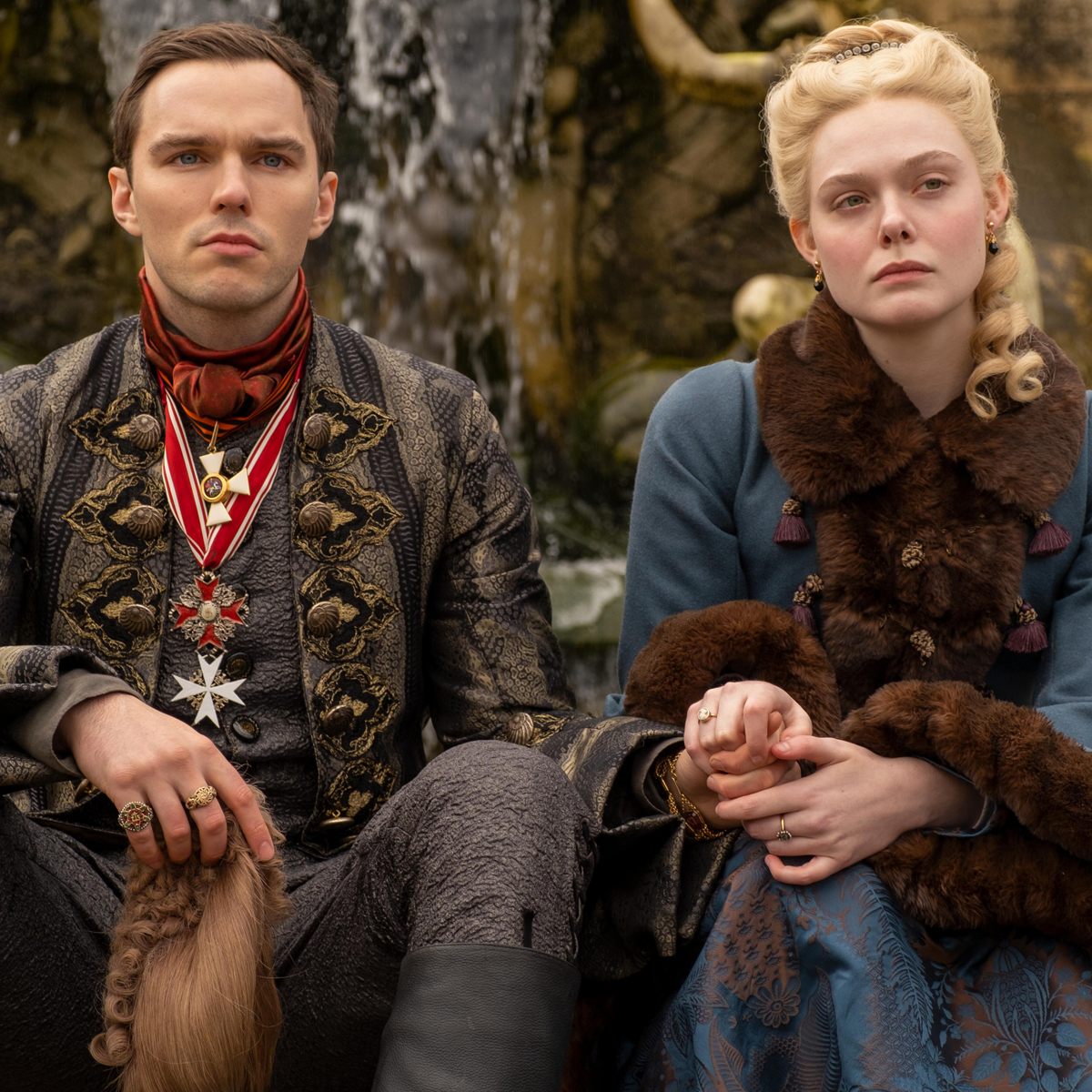 There’s no doubt that Elle Fanning and Nicholas Hoult‘s characters in The Great could’ve benefited from some face time with a therapist.

And while Tony McNamara‘s Hulu series is only occasionally true, the writer apparently found it more interesting to let Catherine and Peter stew in their problems, just like the real-life royals had to back in the day.

So, the stars of The Great sat down with E! News for a “therapy session,” as Elle called it, and unpacked what’s really going on insider their characters’ heads.

Starting with Catherine, Elle revealed that the expectant mom isn’t all that enthralled by her son Paul‘s impending arrival. The actress likened her unborn child to a “ticking time bomb” that threatens her new position as Empress of Russia.

“She’s kind of viewing it as this political play and not like it’s gonna be her future baby. She’s not very maternal,” Elle explained. “She’s kind of using that power as like, ‘Alright, I have this many months before the baby’s born to change this much of the country because after he’s out, [Peter] might not even care about me and try to kill me.'”