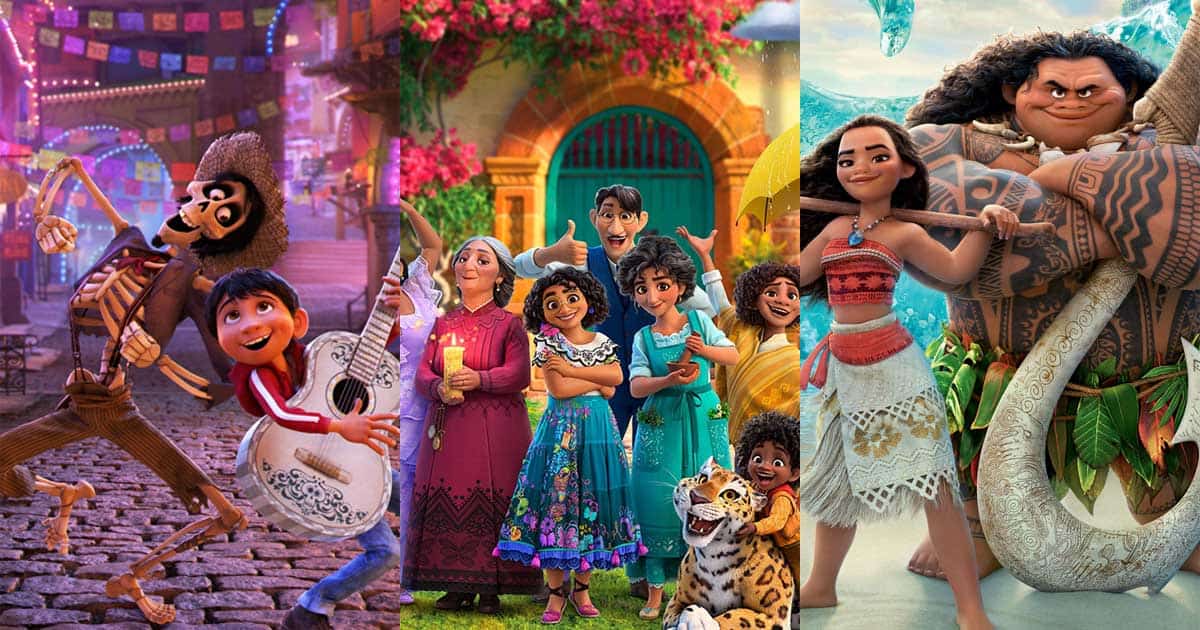 Walt Disney Animation Studios is known for creating magic and transporting the audience into la-la land. Their movies create a world full of joy and laughter. The animations and visual pleasure they create are high on morals and always have something to learn in the end. All these and much more make their movies a treat to watch and leave a mark in the viewer’s heart. Encanto, Walt Disney Animation Studios latest offering, has been much appreciated and loved by the global audience. The Walt Disney universe deserves celebration for delivering one masterpiece after another over a span of 90 years, and still at it. Check out five of their films that throw the spotlight on cultural diversity and makes us travel to a new place:

Set in the mountains of Colombia, this is Disney’s 60th movie. It is a fairy tale that revolves around a particular family in a village, who is gifted with magic. Directed by Jared Bush and Byron Howard, the music of the film is by Lin-Manuel Miranda. The film boasts a stellar star cast for the voice-overs and is filled with fantasy. This musical is a fun ride to watch and has a lovely message in the end which will touch the audiences’ soul. Filled with great songs, a gripping storyline and phenomenal animation this movie is a must-watch.

The arrival of this movie in the late 1990s was a wish come true for many kids at that time. Aladdin and his lamp entertained fans all over the world with a visual treat of how the world of the Middle East looks like. With different fashion, styles and language, the excitement to watch this movie was a lot for youngsters. It created a sense of Arabian nights in the viewer’s mind and made everyone see a totally different world with a magic carpet.

You want to travel to China and have an experience of the native village, then Mulan is your destination. Set in the Han dynasty, the film revolves around Fa Mulan, who wants to take her father’s place as a great warrior. The film will take you to epic locations in China with their traditional Chinese attires and iconic actions via Martial Arts. Directed by Barry Cook and Tony Bankcroft, this movie is a musical adventure film, no less than a fun roller-coaster ride.

Directed by Ron Clements and John Musker, this movie is set in a Polynesian village. So if you are a person who loves beaches, water and water sports then Moana should be on your watchlist. This movie will take you on an adventurous ride with Moana, who sets sails on a journey to find a demigod to save her people from evil. Packed with action and drama, this movie will make you sit right at the edge of your seat.

Ever imagined how one survives in the land of the dead? Well, Coco is a movie which will make you explore that space and gives you an idea of what’s favourable to do there. Accidentally transported to that world, Miguel, a 12-year-old boy, seeks help to return to his family. How he does that is no less than an adventure in itself. Directed by Lee Unkrich this movie makes your worst nightmares come true in a hilarious way.

So grab that tub of popcorn or that bowl of nachos and get ready to set sail to different worlds from the comforts of your home with Walt Disney Animation Studios movies!

Which Disney film is your favourite from the above-mentioned list? Tell us in the comments below

Must Read: Kim Kardashian Spotted With Kanye West Amid Her Romance Rumours With Pete Davidson At Louis Vuitton’s Tribute To Virgil Abloh