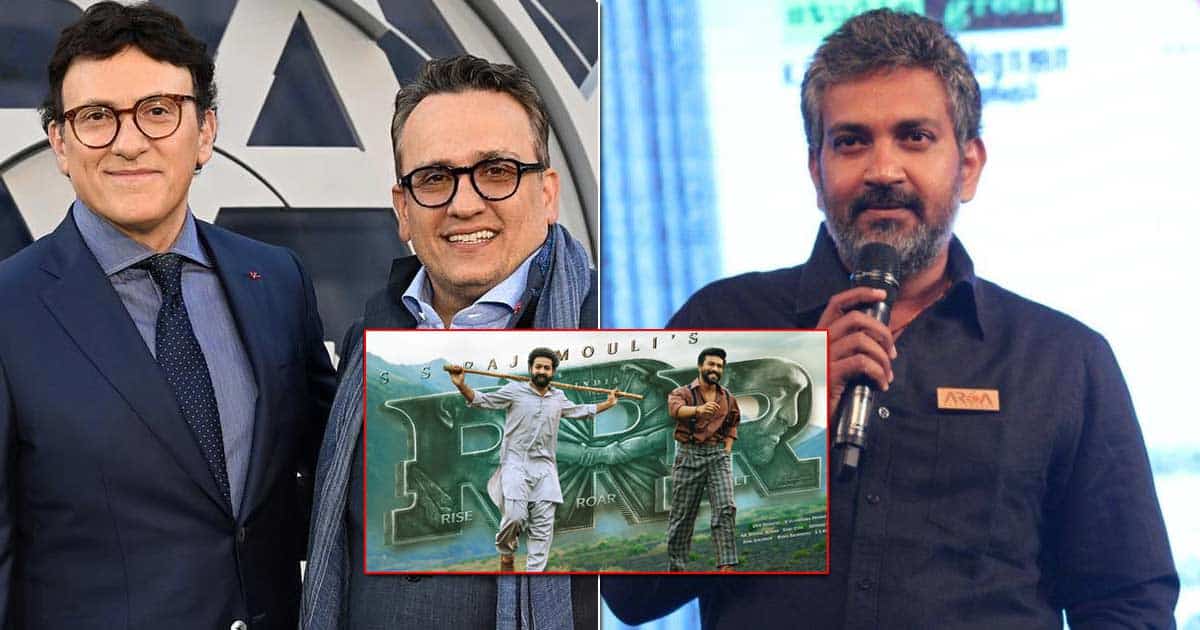 Netflix is a global streaming platform and it had helped people from different cultures and backgrounds to enjoy films and series made anywhere in the world. This has been proven once more given the response SS Rajmouli’s RRR has received since its digital release. Not just audiences in the best, but Avengers: Endgame directors Anthony Russo and Joe Russo are also impressed by it and the director’s work.

Netflix recently arranged an interaction between The Gray Man’s Russo Brothers and Rajamouli where they spoke about films and in particular discussed the much-hyped and loved Telugu film starring Ram Charan and Jr NTR in the lead.

Just recently, Netflix arranged a virtual interaction between the directors of its currently much-viewed films – RRR’s SS Rajamouli and The Gray Man’s Russo Brothers – Anthony Russo and Joe Russo. While discussing the Ram Charan-Jr NTR starrer during the interaction, the famed Indian director – as reported by EW – said, “Yes, I was surprised with the reception from the West.”

Continuing further, SS Rajamouli added, “A good story is a good story for everyone, but I didn’t think I could make films for Western sensibilities. I never believed myself. So when it came out on Netflix and people started watching it, and word of mouth started spreading, when the critics started giving out good reviews, yes I was really, really surprised.”

In the same conversation, the three directors stated that they believe films should be grounded in emotion, which Rajamouli calls “the basement on which you can build this huge spectacle.” However, they also agree that action is the most widely appealing genre to wrap their stories around. Talking about it, Joe Russo said, “Action is a universal language.” He added, “It’s about geography, choreography. It can be told without words. So I do think in a lot of ways that it’s the most transcendent genre, the most universal genre, one that most everyone in the world can follow. We all understand action and movement.”

Taking their interaction to Twitter – after chatting on the Netflix-arranged interaction, the Russo Brothers called SS Rajamouli the great by tweeting, “Such an honor getting to meet THE great S.S. Rajamouli…” In response to their kind words, the RRR director wrote, “The honour and pleasure are mine..🙏🏼 It was a great interaction . Looking forward to meet and learn a bit of your craft.”

The honour and pleasure are mine..🙏🏼 It was a great interaction . Looking forward to meet and learn a bit of your craft. https://t.co/NxrzuCv1w3

RRR was made on a budget of Rs 300 crore (approx) and earned over Rs 1200 crore worldwide during its theatrical run. The SS Rajamouli film is currently the most-popular non-English film on the platform globally. The Avengers: Endgame directors’ The Gray Man, starring Ryan Gosling and Chris Evans, debuted on the streaming giant as the No. 1 movie in 92 countries.

Must Read: Godfather: Salman Khan & Chiranjeevi All Set To Dance To Prabhu Deva’s Tune In Telugu Film, Exciting Deets Inside!