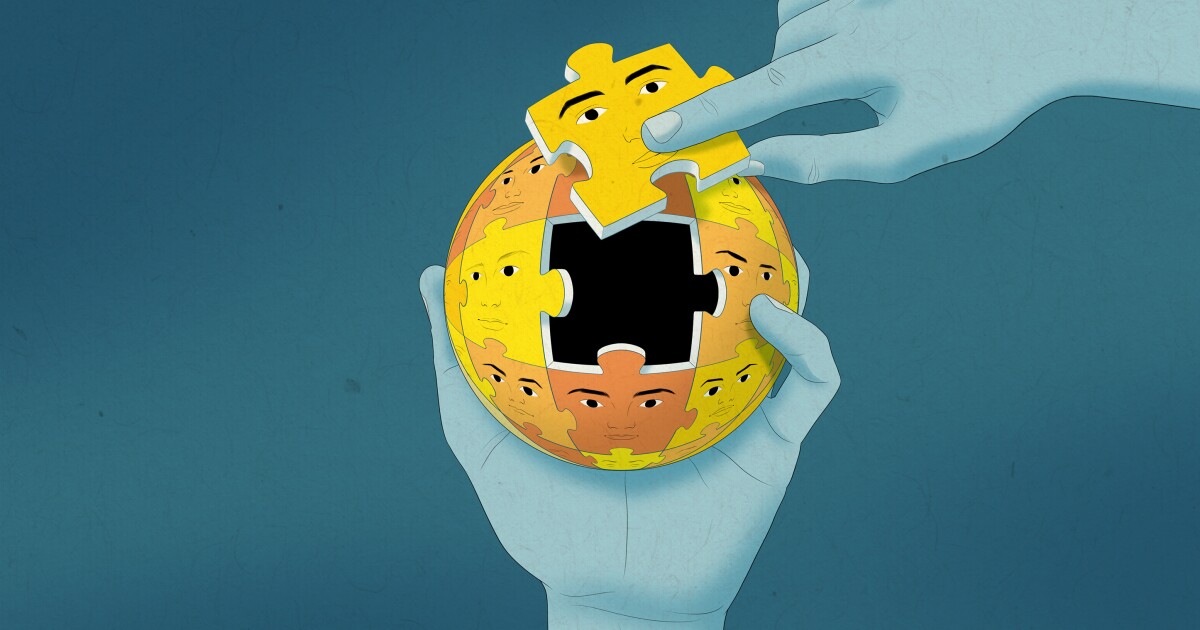 n the two and a half decades since California banned race-conscious admissions, the University of California system has spent more than a half-billion dollars on “race neutral” alternatives aimed at shoring up sagging minority enrollment. It’s reached out to students and families in low-income, ethnically diverse neighborhoods, guaranteed admission to a percentage of students from each public high school, and overhauled admissions reviews to place more weight on life experiences and challenges overcome.

Even with 13 programs that have collectively made contact with more than 200,000 students, meaningful racial diversity remains an elusive target, especially at the state’s most selective campuses. As a test case for race-blind admissions policies, the University of California offers sobering lessons to colleges nationwide about the challenges many may soon face.

The U.S. Supreme Court, on October 31, is scheduled to hear oral arguments in two cases that are widely expected to result in further restrictions, or possibly an outright ban, on race-based affirmative action in college admissions. The cases against Harvard College and the University of North Carolina at Chapel Hill were brought by Students for Fair Admissions, which argued that the universities’ admissions practices discriminated against Asian American applicants.

Supporters of affirmative action worry that the Supreme Court’s decision to take up the cases is a sign that its 6-to-3 conservative supermajority will overturn the 2003 Grutter v. Bollinger precedent that allowed colleges to consider race as one factor in admissions. Affirmative action survived a near-death experience in 2016, when the Supreme Court’s 4-to-3 ruling in Fisher v. University of Texas at Austin upheld narrowly tailored considerations of race in admissions.

The practice remains contentious. Nine states including California have enacted bans on race-based affirmative action in public universities. The others, in order of when the bans were adopted, are Washington, Florida, Michigan, Nebraska, Arizona, New Hampshire, Oklahoma, and Idaho.

ecause of the longevity of its ban and the prestige of its top universities, researchers have looked to California for lessons on how a state university can maintain diversity when race is off the table.

Both campuses have struggled, using race-neutral practices, to recover those losses. Affirmative-action advocates say that colleges facing similar restrictions can’t afford to let the limited success and high cost of “colorblind” strategies deter them from trying.

“Colleges will need to be creative in how they reach into communities,” said Angel B. Pérez, chief executive of the National Association for College Admission Counseling. He said that in addition to expanding outreach to low-income communities in general, they’ll be asking, “Where do people of color congregate?” It could be at the YMCA, a Hispanic neighborhood group, or a Black church, where “you might ask a minister if it’d be OK to put up a table during a festival.”

“If we’re going to continue to bring in diverse students,” Pérez said, “the admissions funnel at the top needs to be diversified.”

A special report on the imperiled future of race-conscious admissions.

UCLA is doing that through efforts like its VIP Scholars program, which sends mentors and volunteers into predominantly minority schools to help students as young as ninth-graders start thinking about and preparing for college. Students are encouraged to consider dual-enrollment programs and provided with help filling out applications. Participants who complete the program, which includes workshops and courses on the UCLA campus, can earn scholarships of $20,000 over four years at UCLA.

“Colleges and universities cannot just throw their hands up because affirmative-action bans are in place,” said Tyrone C. Howard, founder and director of UCLA’s Black Male Institute. “You have to find ways to connect with students and schools and let people know you’re there for them.”

Supporting and encouraging minority men at UCLA sets up a pipeline to funnel more students like them to campus. Students who’ve been nurtured and encouraged at UCLA, Howard said, can sell the experience better than anyone.

Still, it’s hard to recruit students from schools that lack high-quality instruction and resources without being able to consider race. It could be both an important part of their identity and a reason they didn’t have access to Advanced Placement calculus, said Howard, a professor of education. Working without affirmative action, “It’s like we have one hand tied behind our backs.”

Intentional and expanded outreach to low-income and minority students is one obvious strategy for colleges that are prohibited from explicitly considering race in deciding whom to admit. Other approaches that have been tried with varying degrees of success:

Many universities throw a variety of approaches at the problem, hoping some will work. That, of course, makes it hard to single out the impact of any particular strategy.

The University of Michigan, in its amicus brief filed with the court last month on the UNC and Harvard cases, described its struggle to maintain diversity after the state’s 2006 ban on affirmative action. “Despite persistent, vigorous, and varied efforts to increase student-body racial and ethnic diversity by race-neutral means; despite committed efforts by University faculty, staff, students, and alumni to conduct race-neutral recruiting and admissions programs; and despite admissions consideration and extensive financial aid for socioeconomically disadvantaged students, the admission and enrollment of underrepresented minority students have fallen precipitously in many of U-M’s schools and colleges since Proposal 2 was adopted.” The university has given weight to students from socioeconomically underprivileged backgrounds, encouraged minority students with competitive academic credentials to apply, and maintained an office in Detroit to recruit from local high schools.

Still, it’s taken 15 years for Michigan to come close to the diversity levels it had before the ban was imposed. Some groups still lag. Black students made up 7 percent of the university’s undergraduate enrollment in 2006, and just 4 percent in 2021.

ercent plans are another way universities have tried to diversify their student bodies. Those efforts have encountered challenges as well.

When Texas rolled out its “Top Ten Percent” guarantee in 1997, students who were accepted through the plan began filling up freshman seats at the University of Texas at Austin, raising concerns about access for other high-achieving students. In 2019 the Austin campus restricted automatic admission to the top 6 percent. More troubling, according to some studies, was that the plan had little effect on racial diversity. The raw numbers of Hispanic students increased, but not in proportion to the growth in the Hispanic population statewide. A further limitation of percent plans, scholars have noted, is that in order to achieve equity goals, a state has to have a significant number of high schools that are racially segregated.

Texas has been able to return to more race-conscious admissions strategies since the Supreme Court’s 2016 Fisher decision upheld the university’s narrowly tailored plan. That’s put it at odds with conservative state leaders like Ken Paxton, the attorney general who filed a combative friend-of-the-court brief last year in the Harvard case urging the Supreme Court to strike down racial preferences as discriminatory and unnecessary.

“The zeal with which the University of Texas has embraced systematic racial discrimination in admissions illustrates how elite universities will not stop discriminating based on race without this Court’s intervention,” the brief stated. A spokesman for the flagship campus wrote in an email that the university is “grateful for the Texas Attorney General’s previous defense of UT Austin’s admission process in the Fisher litigation that resulted in a United States Supreme Court opinion affirming the university’s process is lawful. The Attorney General’s new position in its amicus brief does not represent the university.”

Numerous studies of percent plans in Texas, California, and Florida have arrived at mixed conclusions, but they’ve generally shown little evidence of any significant gains in minority enrollment, especially at the most selective campuses.

hose who favor race-neutral alternatives to affirmative action argue that they’re fairer, and more effective. Richard D. Kahlenberg, a longtime proponent of class-based affirmative action and a former senior fellow at the Century Foundation, wrote in an email that colleges forced to abandon race-conscious admissions practices employed a variety of “progressive” approaches that enhance both racial and socioeconomic diversity. These include taking more low-income students and those from historically underrepresented high schools, and abandoning legacy admissions for children of alumni.

“Under today’s use of racial preferences,” he wrote, “selective colleges tend to admit fairly well-off students of color to sit alongside of even wealthier white and Asian students.”

Some question whether colleges could run into legal trouble if their “race-neutral” approaches to mining data zero in too closely on race. “Depending on how creative a university can get, it is possible to find proxies for race that will replicate the diversity that universities have now,” said Brian T. Fitzpatrick, a law professor at Vanderbilt University. Those factors might include the number of people in a neighborhood living below the poverty line, or how many go to college or speak English as a second language.

“If you’re just mining data to find any characteristics that correlate with race instead of choosing criteria that are important to the educational mission of the university,” that, he said, could be legally questionable.

Cost is another consideration when building a pipeline. Race-neutral approaches that involve reaching down into junior-high schools to prepare students for admission are expensive. Institutions like the University of Texas can throw vast resources at the problem in a way most universities can’t, said Tanya Washington Hicks, a professor of law at Georgia State University whose research focuses on educational equity. “You can curate a pool if you have the resources to do so.”

She worries about what comes next. “If the court says any consideration of race is prohibited, it will wipe out a class of professionals of color,” she said. For underrepresented minority groups, “there go the lawyers, the judges, the pilots, the engineers, the teachers — all of the professions that require a degree.”

Justin Driver, a professor of law at Yale University, said California and Michigan “have undertaken valiant efforts that are race-neutral” to overcome the effects of affirmative-action bans. “They’re better than nothing at all, but they have not been successful in enrolling student bodies that reflect the rich racial diversity of their states.”