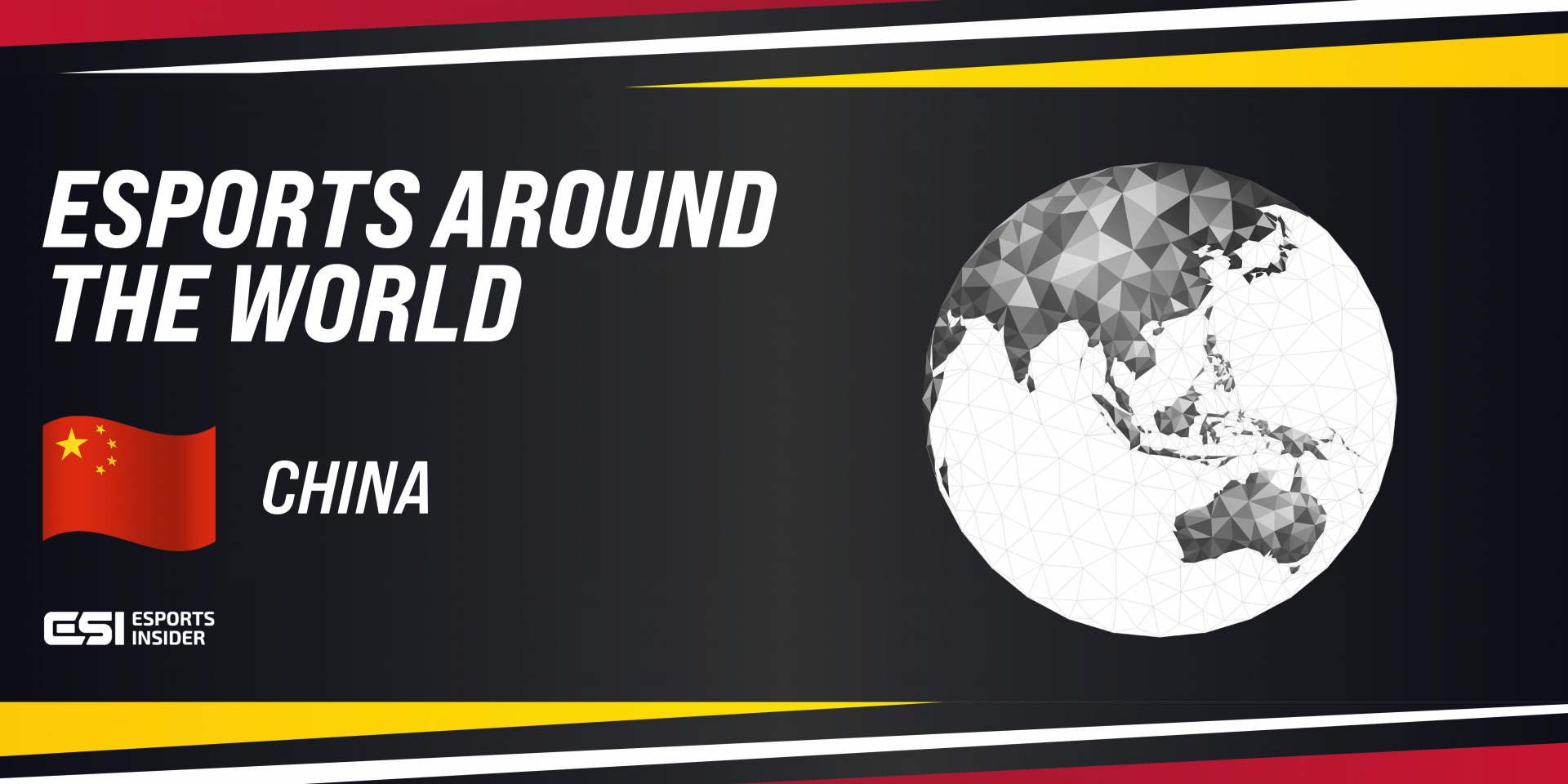 Esports Around The World is a series of profiles outlining the esports ecosystem in various countries globally. The series ties into our ESI Washington DC event currently taking place from 16-18th May 2022, which focuses on esports’ growth around the world. The event includes a first-of-its-kind embassies tour alongside ESI’s trademark combination of networking, education and debate. Find out more here.

RELATED: Esports Around The World: Brazil

China currently has the highest number of active esports players, and is number one in both esports tournament viewership and esports title game revenue. China recognised esports as a sport back in the early 2000’s, one of the first governments to do so.

The biggest facilitator of growth for China and its esports market is the explosion of mobile esports. In 2019 alone, there were more than 140,000 new hires in the chinese esports industry. Both PC titles, such as League of Legends, and mobile games, including Wild Rift, Honor of Kings, and China-localised PUBG Mobile port Peacekeeper Elite, are very popular in the country.

With all numbers available pointing to a staggering rate of growth, China is, by most metrics, deserving of the title of ‘most esportsy nation’. China is home to the world’s biggest gaming company, Tencent, which fully owns Riot Games and has significant stakes in a myriad of other esports title publishers. Tencent is central to the development of esports in China.

Lured by the size of its domestic esports market, a number of Western companies have dipped their toes into the ecosystem. Notable organisations such as G2 Esports — which topped Mailman’s 2022 China Digital Performance Index — tournament organisers such as BLAST, and even the Premier League and Wolves Esports have entered partnerships with Chinese leagues and brands.

Certain downsides are apparent, however, as the Chinese government has ushered in an unprecedented tightening of restrictions on video games in China. Since 2021, stringent restrictions (and enforcement) limit minors to one hour of online gaming time on Fridays, weekends and holidays only . This has had a knock-on effect on the country’s esports scene, restricting the talent pipeline and causing a drop in esports consumption by minors. However, other sanctions on the gaming industry— such as a freeze on approvals of new video game titles — have recently been lifted.

China’s General Administration of Sports has included esports as an official sport in the country since 2003. This makes China one of the earliest adopters of esports on an official, government level. By early 2019, China recognised esports as an official profession within the Ministry of Human Resources and Social Security‘s Occupation Skill Testing Authority recommendations.

There have been almost 100 official government documents by central and local governments in China focused on regulating and discussing esports, according to an article in the International Journal of Esports. Of the 100, ten are made on a central level, the highest level of government in China.

As the world’s preeminent esports market, and due to the massive size of its esports audience, China and its major cities like Shanghai are mainstays for some of the biggest tournaments and tournament circuits in esports. It has played host to several League of Legends World Championships, arguably the most important date in the esports calendar, alongside other major tournaments in Dota 2 and especially mobile esports.

Note that this is a non-exhaustive list and exclusion does not signify an org is not notable.

While China does not have an ‘official’ domestic esports association, Tencent is a founding member of the Global Esports Federation (GEF), and China has influence in the Olympic Council of Asia (OCA), which empowers the Asian Electronic Sports Federation (AESF).

RELATED: Esports Around The World: Argentina

This is a preliminary country profile and will be augmented with additional information over time. If you have any suggestions or feedback for this profile, please get in touch at [email protected]