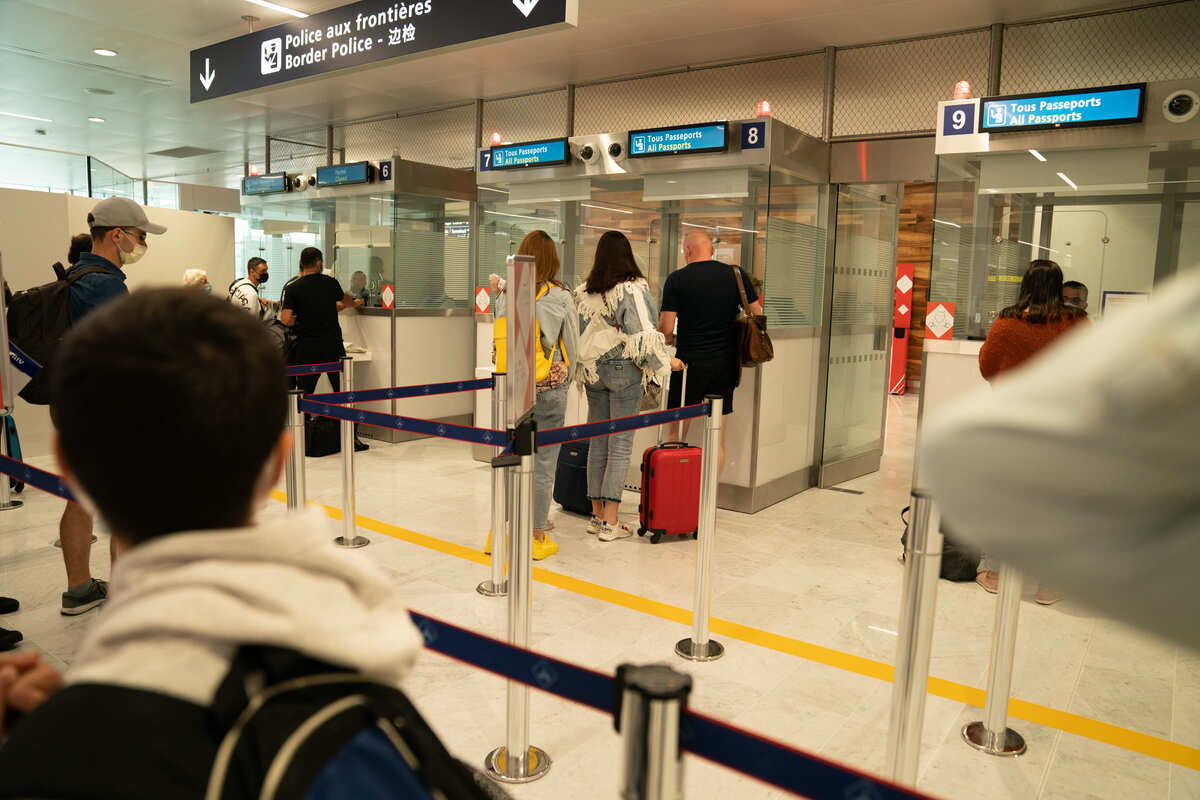 More than six years since it unveiled its plan to launch a U.S.-style Travel Authorization scheme, which many now deem a ‘tourist fee’, Europe has decided to push back the date – once again – on top of multiple previous postponements dating back to 2020. Instead of early 2023, the so-called ETIAS will now be operational only from November 2023.

For more than half a decade, the European Union has mulled over the introduction of the measure, set to tighten rules for travel into the bloc. Currently, Americans, Canadians and many other non-EU citizens only need valid passports visiting the continent. Once the ETIAS are launched, they will need to apply for an additional online permit in advance.

Why, then, has the roll-out been so slow? More importantly, will the ETIAS ever be launched at all?

How Does The Travel Authorization Work?

While it was set to debut as early as January 2023, the ETIAS launch date has now been moved to November. In fact, it won’t be an official requirement in 2023 at all: a six-month grace period will be observed, meaning Americans won’t need to formally apply for a Travel Authorization possibly until May 2024.

According to ETIAS Visa, a platform specialized in Europe and ETIAS News, the European Commission has chosen November as the definitive date for the roll-out, though it will be gradual. As noted above, applying for an ETIAS will not be mandatory until after six months have elapsed from the implementation date.

Application will possibly involve filling out an online form, with details such as full name, nationality, age, as well as truthfully answering questions pertaining to character, immigration, and criminal records. It may sound burdensome, but it is an incredibly straightforward process, usually taking a few minutes to complete.

Of course, travelers who are curious to find out how the new EU ‘e-permit’ works are more than welcome to request their first ETIAS in November. As ETIAS Visa reports, the Travel Authorization will remain active for 3 years from issuance, or it may be rendered invalid sooner if the permit holder’s passport expires before that. Of course, it will not be free.

Much like the U.S., which only recently doubled the fee for its own Travel Authorization, Europe expects Americans and other foreigners to pay in order to be granted a leave to enter. At this moment, a single ETIAS will cost $8, much cheaper than other e-permits required by America, Canada, Australia or New Zealand.

How Does The ETIAS Change Europe Travel?

Europe is known to be have a tough stance on immigration. Even though they already carefully monitor every movement into and out of the Schengen Area, their famous border-free zone, the continent’s leaders are stepping up security efforts now that international travel has resumed. This includes the controversial ETIAS.

First of all, how does Schengen even work? In summary, it is an agreement signed by 26 European countries allowing people to move freely without any identity checks. Essentially, driving from Spain to France is as bureaucratic as crossing the California-Nevada border. Normally, there are no identity checks whatsoever, as all Schengen countries share a continuous customs territory.

Once they have cleared security at their initial point of entry, Americans can come and go as they wish within the Schengen Area. However, as per EU rules, they can remain in Schengen for up to 90 days only, out of every 180-rolling period. In other words, when staying for a full three months in Schengen, U.S. citizens must then leave the zone for a further three until they can be allowed back in.

This gives the clock time to reset, and a brand new 3-month period to start. Countries belonging to the Schengen Area include the popular tourist hotspots of Italy, Spain, Portugal, Germany and The Netherlands, and will soon feature Europe’s most sought-after destination: yes, Croatia is joining the group soon.

More importantly, these rules will not change once the ETIAS starts being enforced. Americans will still only be allowed to visit Europe within the time-frame mentioned above, regardless of the three-year validity of their travel permit. You can learn more about the Schengen Area, and the freedoms it promotes, visiting the official website.

Will The ETIAS Really Be Launched In November 2023?

Well, that is a tricky question. The ETIAS is a multi-million project whose impacts will be felt across the entire EU and EU-associated countries, such as Switzerland, Norway, Iceland, and others. To put it simply, it is not as simple as merely setting up a random web-page to accommodate the service: it is a mechanism that will change Europe travel forever.

Preparations have been underway for years, and the fact that countless delays have occurred are a testament to how complex, and challenging, reforming an immigration system is, especially in a collective as unique as the EU, where major decisions must have unanimous approval of all members.

Taking this into account, the ETIAS is in fact moving pretty quickly. Perhaps not as fast as Brussels would have hoped, after two years of stagnation due to Covid and other intra-EU disagreements, but the EU does look determined to deliver on this project sooner rather than later. Whether it’s 2023 or 2024, the ETIAS is being brought in.

That said, there may be some operational issues that could be slowing down the process more than the Commission would have liked. One of them may be, surprise, Brexit, a term referring to the UK’s withdrawal from the bloc which was finalized in 2020 after a painful five-year divorce. Prior to Brexit, Brits were able to move freely across the EU.

Now, their passports must be checked thoroughly at every entry point, like Americans’ and any non-European citizens. This has proven a problem, considering that UK-EU traffic is heavy, particularly via land: in recent weeks, the UK’s Dover Port, a gateway to France, has declared a ‘critical incident‘ due to the extremely long wait times travelers are facing.

Brits can’t just scan their way into the EU anymore: border officials must ensure they comply with the bloc’s rules, such as not having been present in the Schengen Area for longer than 90 days in the last 180 days, checking they have enough funds to support themselves during their stay, having a return ticket etc – and this has created a massive backlog.

Is The EU Prepared For The Extra Documentation Check?

Now that tourism has resumed, the impact of Brexit is finally being felt at the EU’s external borders with the UK, with the French Transport Minister blaming Brexit directly for the travel chaos. You can see what we are getting at: Europe is probably not prepared for further border checks right now, including ETIAS. More worryingly, the UK impasse is only one example.

Several other non-EU citizens that travel to Europe frequently – Serbians, Montenegrins, Bosnians, Albanians – will be subject to the ETIAS system, not to mention those coming from across the pond. From our understanding, Europe can’t take any chances in aggravating the current travel disruption by adding new border requirements when airports are already crumbling under pressure.

After all, this crisis could last another year, exactly the amount of time the ETIAS launch has been delayed for. This is, of course, our view on the topic. The EU has not issued a formal statement detailing why the launch was delayed. At the same time, it is clearly visible the continent is struggling with infrastructure and staffing issues due to a pent-up travel demand, besides dealing with other major concerns.

Needless to say, Europe already has a lot in their plate right now, and we can understand why something as monumental as a Travel Authorization scheme is not an immediate priority. As things stand, the ETIAS will start receiving applications in November 2023, and all eligible, non-visa requiring tourists will be encouraged to obtain one.

Amsterdam Is The European Capital Of Air Travel Chaos

These Are The Last 3 European Countries With Entry Requirements