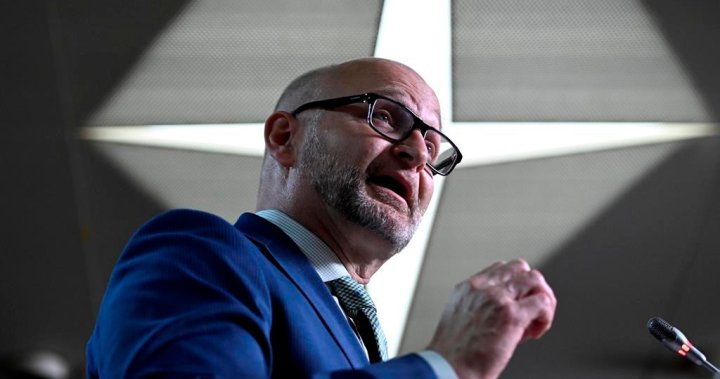 The federal government’s “extreme intoxication” bill was rushed through Parliament last spring and is only now being retroactively studied because immediate action was required to address “misinformation” and close a legal loophole in the law, says justice minister David Lametti.

But some national women’s groups and legal associations say they were not adequately consulted on the bill and are raising concern about how it could affect women who become victims of violence perpetrated by intoxicated men.

Lametti was brought before the House of Commons justice committee Monday to provide testimony on Bill C-28, which updated the Criminal Code to create a new standard for criminal liability when a person commits a crime “in a state of negligent, self-induced extreme intoxication.”

It was brought in response to the Supreme Court’s unanimous decision five weeks earlier that said the previous wording of Section 33.1, which didn’t allow “self-induced intoxication” as a defence, was unconstitutional.

The bill was fast-tracked through both the House of Commons and Senate in June, an effort that required unanimous consent in both chambers.

But while concerns were were registered at that time about the government’s urgency in passing this bill, particularly by some senators who noted it is “peculiar” to pass a law before it is first studied at committee, the bill ultimately passed within a matter of days under the stipulation that it would be more thoroughly studied by both the Commons and Senate this fall.

Lametti explained Monday swift action was needed to ensure offenders who are criminally negligent in their voluntary consumption of alcohol or drugs can be held liable for any harm they cause to others while in a state of extreme intoxication.

Drunkenness or intoxication is not, in itself, a defence, and “extreme intoxication” — likened to a state of being an automaton — is rare and hard to prove, Lametti said.


“Bill C-28 closed a narrow but important gap in the law to ensure that the use of this defence remains exceptionally rare,” he told the committee Monday.

The court ruled the previous wording of the Criminal Code was unconstitutional because it removed the defence of extreme intoxication in all cases — whether a person acted negligently or made a mistake while consuming the intoxicant, Lametti explained.

But when the ruling was issued in May, there was confusion about what it meant, which resulted in “misinformation” that simple intoxication could be used as a defence in cases of sexual assault, Lametti said. Most of this was unintentional, Lametti said, but a “sometimes intentional alarmist reporting style” caused confusion about Canada’s laws.

“There was a great deal of misinformation on social media in particular … that all of a sudden, if you were intoxicated, this was a get-out-of-jail-free card,” Lametti told the committee.

“It was an explosion of misinformation. And we needed to correct it quickly.”

Meanwhile, groups that represent vulnerable women say they are not happy with how the bill was “rushed,” as this did not allow for meaningful consultation.

Representatives from the Native Women’s Association of Canada told the committee last week while justice officials did meet with them before the bill was passed, it was clear the government’s decisions on the direction of the legislation had already been made.

Jennifer Dunn, executive director of the London Abused Women’s Center, said her group also was not consulted and echoed concerns about the bill being passed too quickly.

A roundtable on the bill was held in August with women who have lived experience with sexual violence, during which they described the way this change in the law has unfolded overall as “incredibly frustrating,” Dunn said.

“Intoxication has continuously been used as something to villainize and condemn survivors. And now we are all watching in real time as this same vessel of intoxication is being used to protect and excuse perpetrators,” Dunn said.

She added that many survivors say they are “concerned about the Supreme Court’s priorities.”


Lametti stressed Monday that the legal defence of extreme intoxication is “rarely used and even more rarely invoked successfully,” as the burden of proof is high and requires expert evidence.

No cases using this defence have successfully been brought to the courts since the change to the Criminal Code passed in June, Lametti added. But this provides little reassurance to victims of sexual violence and front-line workers, Dunn said during her testimony last week.

“You can’t ask survivors who have been failed time and time again to trust that this is not going to make things worse,” she said.

“Women have lived through situations where they have been told certain things are unlikely to happen and then they have had to end up living through those situations in the criminal justice system.”

Concerns have also been raised about the legal interpretations of the government’s hastily-passed bill, notably by the National Association of Women and the Law.

In a letter to senators last spring, legal scholar Kerri Froc argued it may be too difficult for prosecutors to prove, as the bill’s wording would require, that a reasonable person could’ve foreseen that intoxicants could lead them to become violent.

Lametti says he disagrees with this assessment.

“In my view, this new law is eminently enforceable,” he said. “Parliament has sent a clear signal that anyone who voluntarily consumes intoxicants in circumstances by showing gross disregard for the safety of others will be held accountable if they go on to commit violence.”

Asked why the government chose not to invoke the notwithstanding clause in response to the Supreme Court ruling, Lametti said that constitutional provision should only be used as a last resort.

The court’s ruling provided two suggestions as to how parliament could make changes to the Criminal Code to ensure extremely intoxicated people are held accountable for violent crime, Lametti noted.

“So, here they gave us two ways to do it without infringing on people’s rights and we took one of them.”

— With files from The Canadian Press