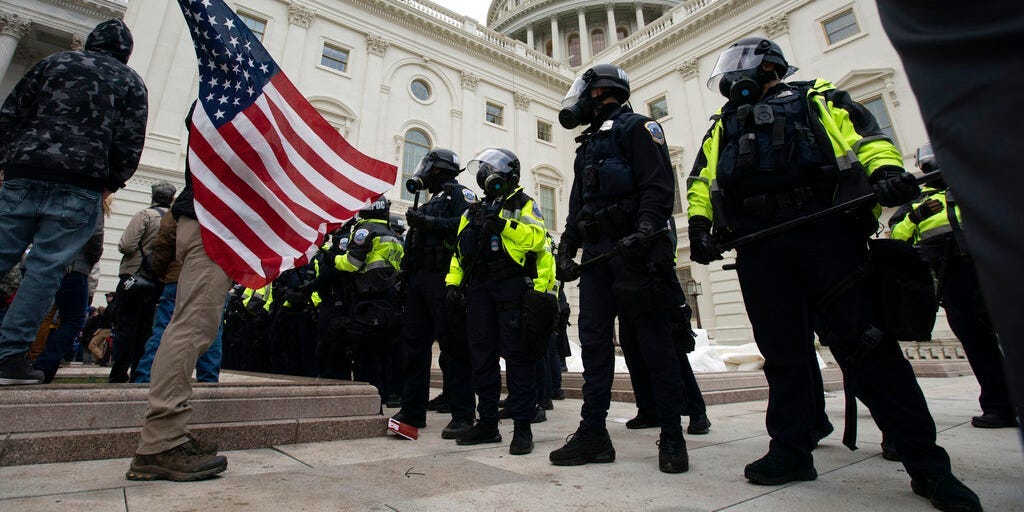 Aiden Henry Bilyard, 19, was arrested by the Federal Bureau of Investigation on Monday on multiple charges in connection with the Capitol insurrection.

Bilyard, a resident of Cary, North Carolina, made his initial appearance in the US District Court for the Eastern District of North Carolina later that same day, according to the Department of Justice.

Bilyard was arrested on multiple criminal charges, including aiding and abetting civil disorder, destruction of government property, and assaulting law enforcement with a dangerous weapon, according to a criminal complaint.

Dubbed by investigators as #HarvardSweats due to the sweatshirt he wore on January 6, Bilyard was among accused rioters in the Lower West Terrace of the Capitol when he discharged a chemical irritant believed to have been “bear spray” to incapacitate law enforcement officers, court documents showed.

Video footage also captured Bilyard encouraging another accused rioter, Mitchell Todd Garner II, to break a large glass window of the Capitol building with an axe. After, Bilyard used a canister and a baseball bat to shatter the lower portion of the glass window, he turned around to clap and shout, encouraging people to begin entering the building through the window, which led to the Senate terrace, per the DOJ.

Bilyard was interviewed by an FBI task force officer on August 4 at Lackland Air Force Base near San Antonio, Texas, where he was attending basic training, according to court documents. During the interview, he admitted that he was present at the Capitol on January 6 but only participated in lawful activities.

When shown video evidence displaying his participation in criminal acts, Bilyard ended the interview, saying, “I think this is where I take my leave,” citing court documents.

He later separated from the Air Force and moved back to Cary, North Carolina.

The US Attorney’s Office for the District of Columbia and the Department of Justice National Security Division’s Counterterrorism Section are prosecuting Bilyard’s case.

He is among more than 675 individuals who have been arrested for crimes related to the Capitol insurrection in the ten months since January 6, the Department of Justice said in a statement.