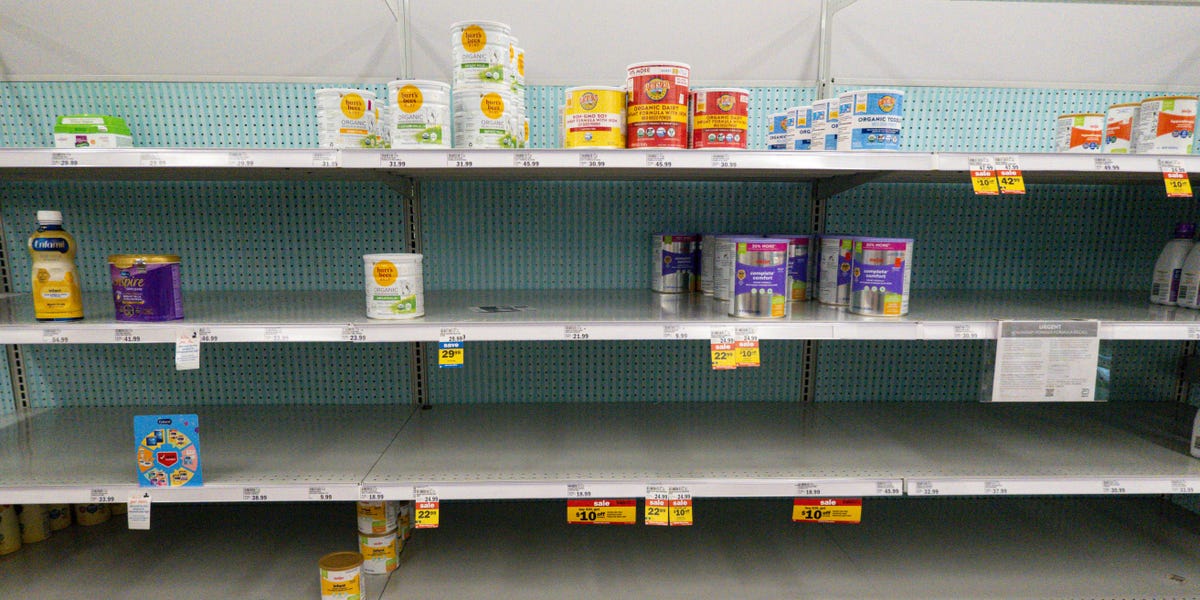 The Food and Drug Administration reached a deal with Abbott Nutrition to reopen its Sturgis, Michigan, plant amid a nationwide shortage of infant formula.

The shortage came after the FDA said it was investigating reports of bacterial infections related to powdered formula at the Sturgis plant. The FDA said it received reports of two deaths and that a Cronobacteria infection may have contributed to them.

In February, Abbott shut down the Sturgis plant and voluntarily recalled several of its infant formulas, leading to a shortage in supply and prompting retailers to limit how much formula people could buy in stores, Insider’s Kelsey Vlamis reported. Supply-chain issues and the FDA’s slow approval process also exacerbated the shortage.

Abbott is the largest infant formula manufacturer in the US. It’s not exactly clear how much of the US supply the Sturgis plant produces, but as of May 8, some 43% of retailers across the US reported running out of baby formula, Datasembly reported.

The shortage has prompted some desperate parents to ration or water down formula for their kids, moves that doctors warned could dilute the nutrition and damage children’s health, The New York Times reported. Some parents have also started feeding their infants powdered oatmeal and fruit juice, neither of which have as much nutritional value as formula or breast milk, the outlet added.

Abbott on Monday agreed to a consent decree, filed by the Justice Department on behalf of the FDA, which involves an FDA inspection at the Sturgis plant and Abbott bringing in outside help to carry out the necessary steps to reopen it.

The consent decree is subject to approval by a federal court in Western Michigan. Abbott said in a statement that after FDA approval, it could reopen the site in two weeks, and then it would take a further six to eight weeks for product to hit the shelves.

Retailers previously warned that it could take months for any formula to return to stores again.

Abbott also said that a Centers for Disease Control and Prevention investigation found “no conclusive evidence” to link its formulas and infant illnesses.

“We know millions of parents and caregivers depend on us, and we’re deeply sorry that our voluntary recall worsened the nationwide formula shortage,” Robert B. Ford, Abbott’s chairman and CEO, said in a Monday statement.

“We will work hard to re-earn the trust that moms, dads, and caregivers have placed in our formulas for more than 50 years.”