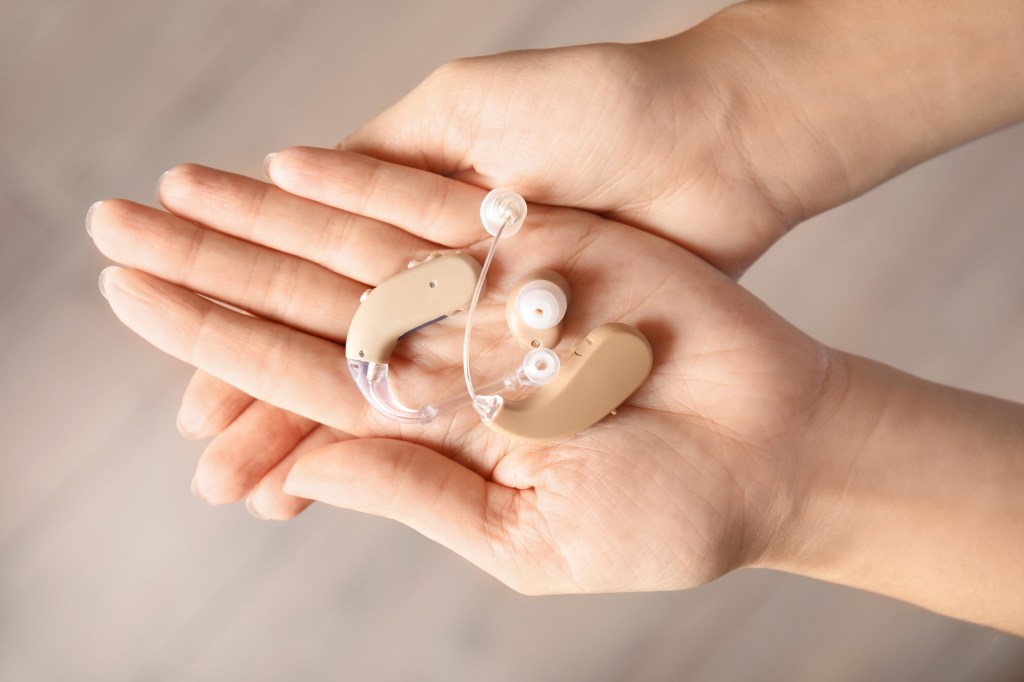 The FDA recently made two important decisions — one bad, one good — that will affect people with cognitive decline.

The approval of Aduhelm (aducanumab), an expensive and controversial treatment for Alzheimer’s disease, has been roundly and deservedly criticized, and the manufacturer’s close relationship with the FDA questioned. The approval of the sale of over-the-counter hearing aids, on the other hand, should be applauded by anyone who cares about dementia and cognitive decline.

Friends and family may confuse a person’s loss of hearing with cognitive decline; certainly, difficulty hearing conversation can cause miscommunications, impair social interactions, and contribute to anxiety and frustration.

Currently, hearing aids are prohibitively expensive and require multiple visits to a specialist. A lost or broken hearing aid can cause a substantial financial hit. The FDA decision to allow over-the-counter sales of hearing aids will lower cost barriers and increase availability for a community in need.

Oddly, no Alzheimer’s group has publicly advocated for hearing aids, nor has any group heralded the FDA’s recent decision. In contrast, the Alzheimer’s Association, which receives money from Biogen and many other pharmaceutical companies, actively campaigned to get Aduhelm approved, even heralding its approval on their website.

It’s hard not to connect large donations from Biogen and other pharmaceutical companies to the laserlike focus that Alzheimer’s groups have on drug-based approaches. Research on Alzheimer’s disease has focused on expensive drugs aimed at amyloid plaque, a biomarker of uncertain importance. The presence of plaque in a brain does not correlate with dementia symptoms, and half of elders with no cognitive deficits have evidence of plaque and other signs of Alzheimer’s on autopsy.

Also, no drug that reduces plaque, including Aduhelm, has reversed dementia.

A set of hearing aids would cost less than a tenth of what one year of Aduhelm would cost. Perhaps research funding could be redirected toward improving hearing aids, enhancing efficacy, comfort, durability, affordability and ways to keep them from being lost.

Hearing aids enhance communication, social interaction and cognitive stimulation. They improve the quality of life for many seniors and even more so for patients struggling with cognitive decline or dementia. The FDA decision to allow hearing aids to be sold over the counter will lower cost barriers and greatly expand the hearing aid market, encouraging further research and development to improve effectiveness and usability of these devices.

After hearing aids, the most effective interventions for preventing cognitive decline are exercise, cessation of smoking, elimination of excessive alcohol, and treatment for depression, hypertension and diabetes. Improving the lives of patients depends on treating risk factors, modifying the environment, maintaining meaningful social connections and utilizing hearing aids.

A public education campaign is needed to encourage testing for and treatment of hearing loss in anyone with cognitive decline. If only Alzheimer’s groups would drive this campaign as they did the Aduhelm approval. Desperation for progress on an elusive cure may explain Alzheimer’s groups’ infatuation with Aduhelm but pushing false hope does not help patients.

Alzheimer’s groups should return to their roots assisting patients and families. They will help far more people by promoting hearing aids and a healthy lifestyle, and by providing support groups and respite care for families.

Adriane Fugh-Berman is a professor in the department of pharmacology and physiology at Georgetown University Medical Center. Dave Stanke is a research associate at PharmedOut. © 2021 Chicago Tribune. Distributed by Tribune Content Agency.