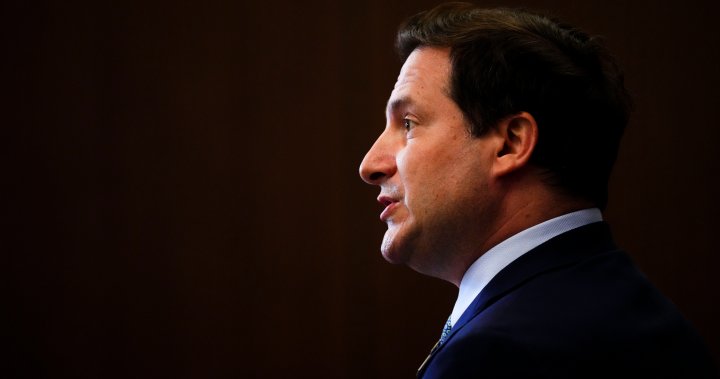 The federal government is aiming to introduce a bill as soon as this fall that will establish community policing as an essential service for Indigenous communities in the wake of the mass killings in Saskatchewan earlier this month.

Public Safety Minister Marco Mendicino told reporters Monday he is “eager” to table the legislation, but added conversations with First Nations are ongoing to ensure they have a voice and that the bill addresses their needs.

“The truth of the matter is it can’t come fast enough,” he said outside the House of Commons.

“We have to make sure we get this work right. It’s important work, and it has to be anchored in a relationship with Indigenous communities that is rooted in trust.”

Mendicino said conversations with those communities have been held throughout the summer as the government works to create a funding model that is “more long-term and sustainable,” while also ensuring Indigenous laws are respected.

He added his ministry and others are working “around the clock” to table to bill this fall, noting the urgency of the demand for more public safety supports for First Nations.

“Coming out of Saskatchewan … collectively all Canadians have to be motivated to do this work as quickly as we can, but to do it in a way that is respectful to the principles of reconciliation,” he said.

Community leaders have called for their own police forces after 10 people were killed and 18 others were injured in a series of stabbings on James Smith Cree Nation and in the nearby village of Weldon, Sask., early on Sept. 4.

The stabbings led to a days-long manhunt for the two suspects, brothers Myles and Damien Sanderson, that spanned the entire province. Damien was found dead on the reserve where many of the stabbings took place a day later.

On Sept. 6, RCMP arrested Myles Sanderson but later confirmed he had died after going into “medical distress” during the takedown.

Members of the RCMP, which currently serves most Indigenous communities across the country, did not arrive at James Smith Cree Nation until over half an hour after the first calls to police about the stabbings were made. Community leaders have argued lives may have been saved if the reserve had its own police force already on site.

Indigenous Services Minister Patty Hajdu promised last week during a visit to the community that she will work on a community policing plan and a new treatment centre, which has also been called for in the wake of the tragedy.

Saskatchewan Premier Scott Moe said in an interview with News Talk 650 earlier this month that the provincial government wants to have those conversations with Indigenous communities and the federal government on addressing these key issues.

He pointed to the File Hills First Nations Policing Service, the only Indigenous police force in the province, as a successful model that can be replicated for other communities.

The File Hills First Nations Police Service has a joint funding agreement between Public Safety Canada and Saskatchewan Justice where they cost-share a budget of $2.3 million.

There have also been calls for better notifications from the Parole Board of Canada when a violent offender has been released, pointing to Myles Sanderson’s extensive criminal history. The 32-year-old was already wanted for being unlawfully at large since May.

The parole board released Sanderson in February, writing in their decision that he would “not present an undue risk,” and freeing him would “contribute to the protection of society” by facilitating his reintegration.

Mendicino has already confirmed the parole board will review its decision to release Sanderson.

“It is my view that obviously there were a number of significant flaws in the system that have to be addressed,” he said Monday, pointing also to Sanderson’s death in police custody.

The cause of Sanderson’s death has still not been released. The Saskatchewan Serious Incident Response Team and the Saskatoon Police Service are both conducting independent investigations into whether police actions played a role, and whether his death could have been prevented.

No timeline has been given for when the probes will be concluded, but Saskatoon police promised its report will be delivered to the provincial justice ministry upon completion.

The ministry did not answer Global News’ questions about whether it will release Sanderson’s cause of death to the public after that report is submitted, or what work the province is doing to deliver community policing and other requested supports to First Nations.

The Saskatchewan Coroners Service is set to provide an update on the mass casualties on James Smith Cree Nation and in Weldon on Wednesday morning. It is not clear if the update will include any information on either of the Sanderson brothers.

In her most recent statement, released Thursday, Saskatchewan RCMP Assistant Comm. Rhonda Blackmore said police “still do not know” how Sanderson died and urged patience as the investigations continue.

“I ask you all to remember this is not a TV drama where we will have all of the answers by the end of the episode,” she said. “Complex investigations of this nature take time and we look forward to providing further details once they have been confirmed.”

Mendicino said he understands the urgency to know how Sanderson died, but said it was important to respect the integrity of the investigations to be given the time they need.

“The only way that we are going to be able to address (those concerns) is if we have an independent investigation that is carried out by the appropriate authorities, which is exactly the process that we are following right now,” he said.

“It is only by following that process that we can allow for a measure of healing and justice for the community.”

— with files from Global’s Jeanelle Mandes and the Canadian Press