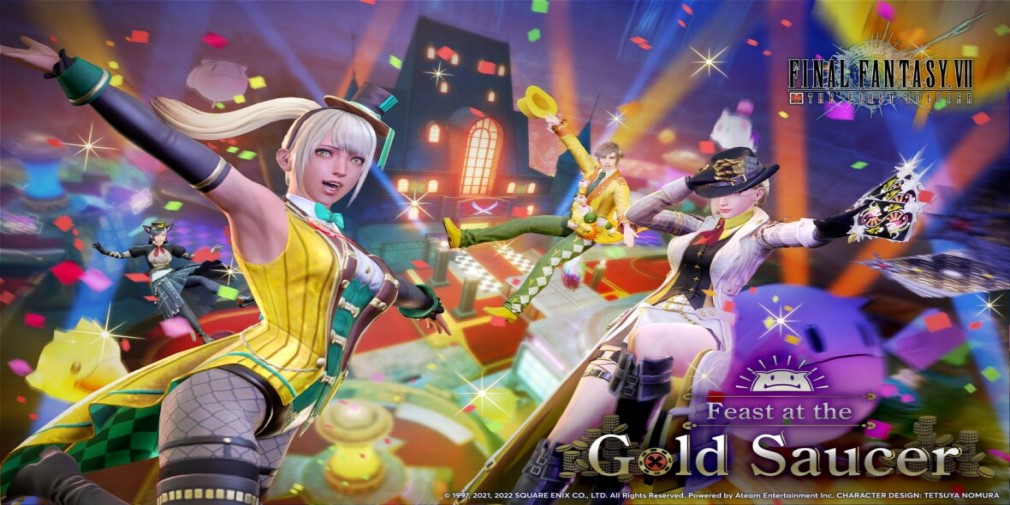 After a long wait, Square Enix and Ateam Entertainment have finally announced the launch of Final Fantasy VII: The First Soldier’s Season 4 – Feast of the Golden Saucer. It is inspired by the theme park in Old Corel of the same name. The update will feature multiple new POIs on the map, a brand new season pass, a new character style, items, and rewards.

Midgar’s Undercity map will feature two new areas in FFVII The First Soldier’s latest season. The Sector 5 Station and West Desolate Area have been replaced by GS Battle Square and Wonder Square. While these areas have the shimmering beauty of the Golden Saucer, a threat is lurking at every corner. In the Battle Square, players will come across lots of powerful monsters while Wonder Square is a little less scary with whack-a-boxes full of prized goodies. But monsters may be here as well, so watch out!

Even the Planetside map receives an upgrade, becoming bigger after the additions of new locations such as the Industrial Area, Plate Interior, Military Base, Mako Substation. Research Facility, and the Space & Aeronautics Facility. With the region becoming bigger, the maximum number of players has also been upped to 75 from 60.

Combat also gets interesting in Feast of the Golden Saucer with the addition of the Trickster style. Just like its name suggests, this character can con enemies by making copies of itself, transporting to another location when downed, and even tip-toeing to sneak up on enemies and attack them. Its special trait allows players to obtain Gil whenever they level up, with 540 Gil waiting at the final level.

Two new weapons grace the battle royale as well. The Gil Toss Machine Gun uses Gil increase of ammo and the Chimeric Vengeance, a three-bullet-burst assault rifle. Additionally, there’s also a new Tornado Materia, Sports Car, and a new Collection featuring Cait Sith. All other fixes and improvements can be found in the official patch notes.

Also, check out this list of the best battle royales to play on mobile!