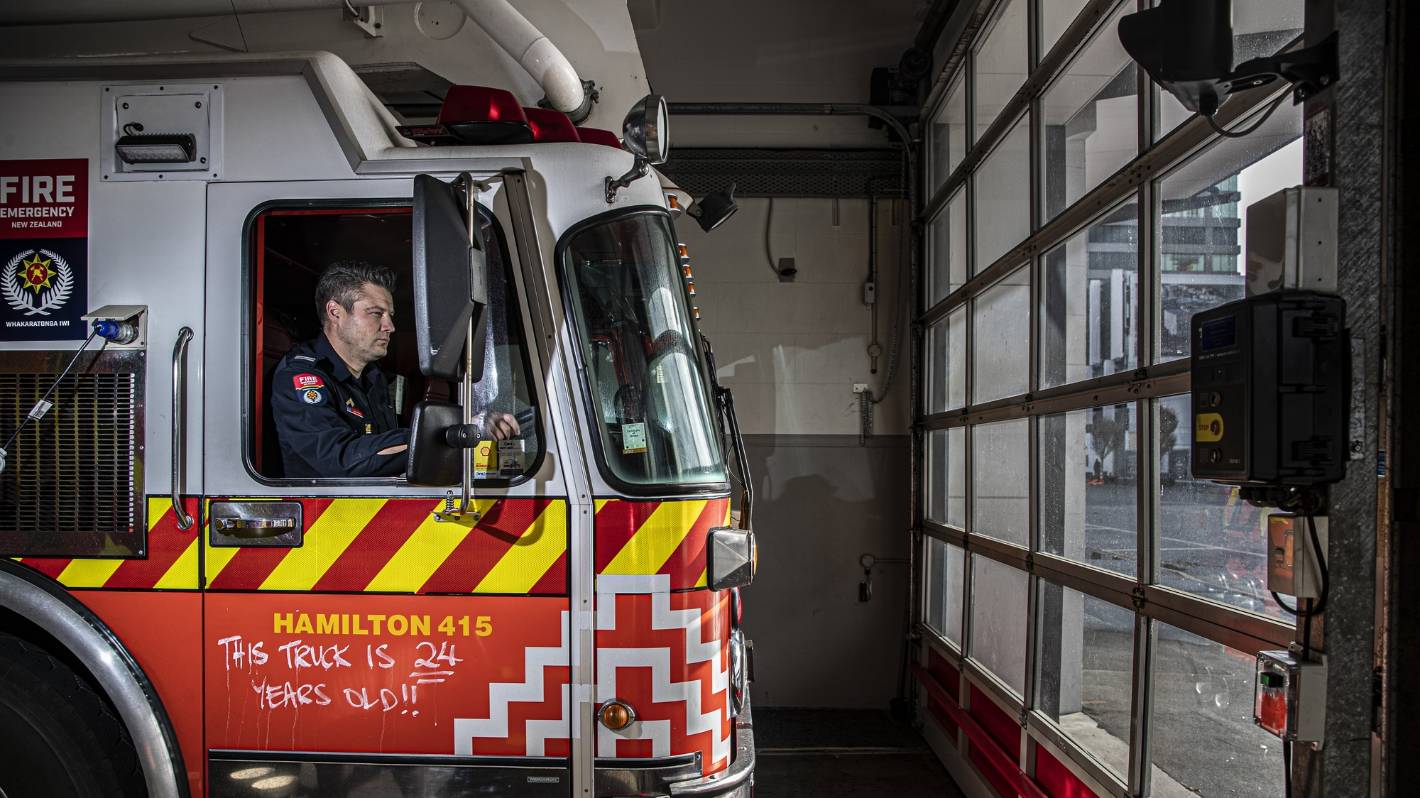 Fire and Emergency New Zealand (FENZ) say the organisation understands the importance of providing psychological support to their firefighters.

This comes after senior Hamilton firefighter Jay Culhane claimed more needed to be done for staff dealing with potentially traumatic incidents, noting he attended three suicides in one night during his first year in the service.

A push for more psychological support is one of the reasons New Zealand Professional Firefighters’ Union (NZPFU) members went on a nationwide administrative strike at 12:01am on June 13.

They are demanding FENZ increase pay and firefighter numbers, provide better equipment, offer health insurance, and provide help for psychological wellbeing as well as to firefighters diagnosed with occupational cancers.

READ MORE:
* Three suicides in a day – help not enough for a firefighter’s lot
* ‘It all adds up over time’: Firefighters on dealing with death
* Remain in the brigade, or be a stay-at-home mum? Pregnant firefighter says she could earn similar money either way

Mental health support for firefighters is sorely lacking, those on the frontline say. (This video was first published on June 17, 2022.)

Fire and Emergency deputy national commander Brendan Nally said they recognise that responding to emergencies can be psychologically demanding.

Counselling is also available to the immediate family members of firefighters.

Culhane said he took a $20,000 pay cut when he joined the fire service.

“And after eight years in the fire service, (I am) not at what I was when I left the navy.”

Nally said the NZPFU is asking for a 17.5 % base salary increase for all firefighters plus additional allowances that would result in total pay increases, excluding overtime earnings, of more than 40% for most firefighters.

“That, along with the rest of the union’s claims, amounts to around $300 million over three years. Fire and Emergency’s total annual budget is around $617 million.”

He was disappointed the NZPFU, which represents career firefighters, recently rejected the offer for settlement and is taking partial strike action.

“The industrial action will not impact on our crews responding to emergencies.”

“Fire stations are not being closed. When staff are absent, we always provide cover, including using trucks and firefighters from neighbouring stations. This is entirely routine – if trucks from one station are attending an incident, resources from another station are often moved to provide cover.”