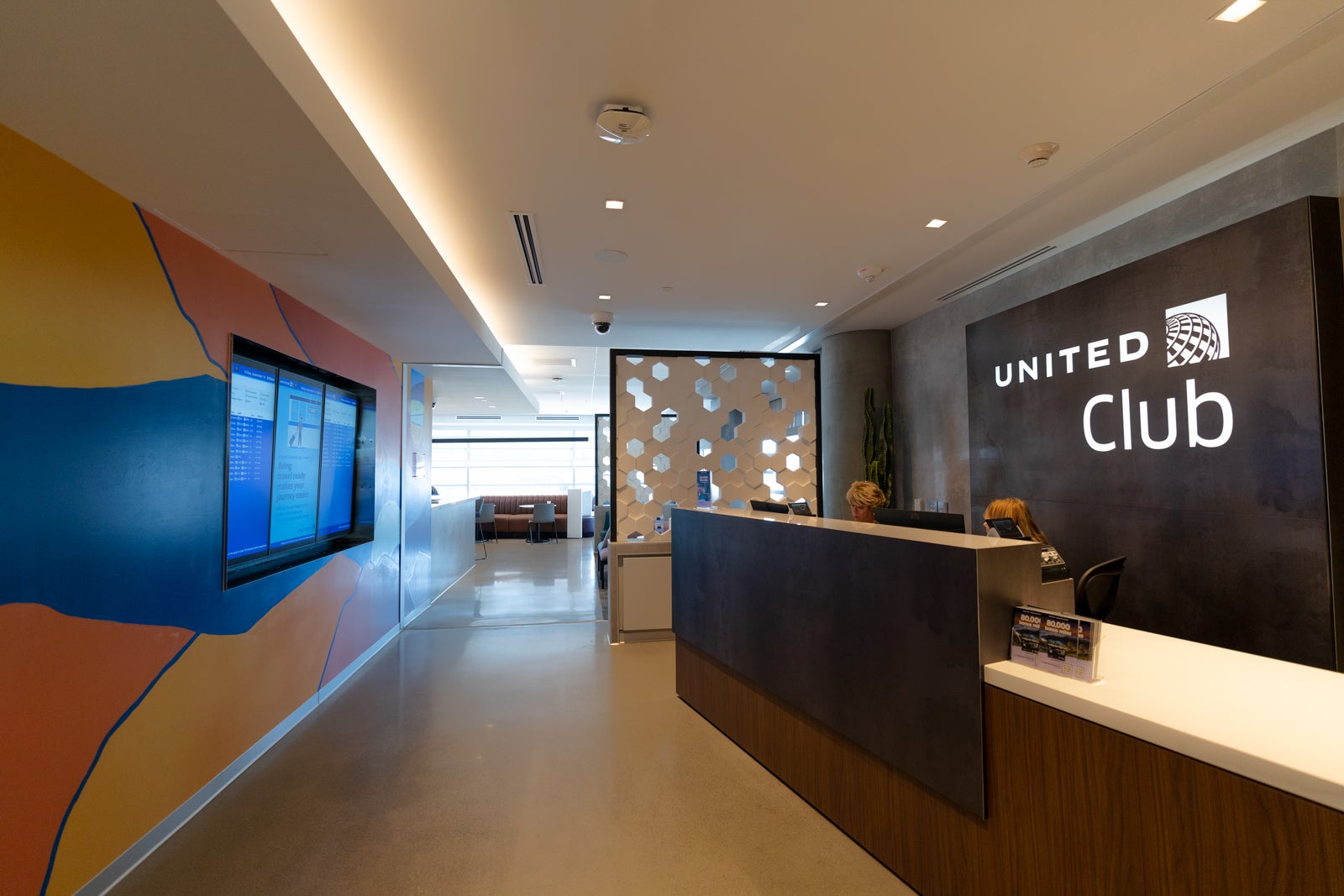 The carrier unveiled on Tuesday its latest addition to the United Club network — a brand-new 6,080-square-foot outpost in Terminal 3 of the PHX airport.

United teased several new features and amenities that travelers can expect. For one, the space offers seating for 122 passengers, which represents nearly double the number of seats compared to United’s previous Phoenix club.

The airline is promising a locally-inspired design with artwork created by Arizona natives Blaise Danio and Carolina Caples.

United first debuted a new lounge design concept with its one-of-a-kind Newark club, and it appears that the Phoenix location will be the second outpost to feature these new motifs.

While the artwork may be local to the region, the seating itself seems to largely resemble the couches, recliners and chairs that United first brought to its signature Newark club.

It sure seems that the future United clubs will indeed be based on the foundation that the airline set in Newark, as originally promised during TPG’s tour of the space in May.

Other amenities at the new Phoenix outpost include a wellness multi-purpose space, which can be used by nursing parents or those looking to meditate or pray. The room features a lounge chair, baby changing station, sink and relaxation-focused artwork.

The lounge also features inclusive restrooms, providing private facilities for people of all genders, families with children and people who may need assistance.

Phoenix is United’s fifth-busiest non-hub airport, so it makes sense that the airline is investing in building out a lounge that flyers will enjoy visiting.

For travelers heading to or from the city, this will likely be welcome news, given that the airline hasn’t operated a lounge at Sky Harbor since moving into Terminal 3 in early 2020.

United used to operate from the airport’s Terminal 2, which was permanently shuttered in February 2020. At the time, the terminal’s United Club was also closed, leaving travelers without a Star Alliance lounge option. (Of course, eligible flyers could theoretically use the Amex Centurion Lounge or Escape Lounge in Phoenix, but that would require a trek to Terminal 4.)

In addition to the new United Club, Phoenix will also soon be home to a new Chase Sapphire Lounge by The Club. This outpost will be located in the new D concourse that recently opened in Terminal 4 and is home to Southwest.

Now that the Phoenix United Club is opening, all eyes turn to Denver, where the airline is expected to take the wraps off its new United Club Fly grab-and-go concept in the coming weeks.

The airline is also working to renovate the Concourse B East club in the Mile High City, though that construction is expected to take a little bit longer.